Solar Fight in Florida Heats Up with Mysterious Donor 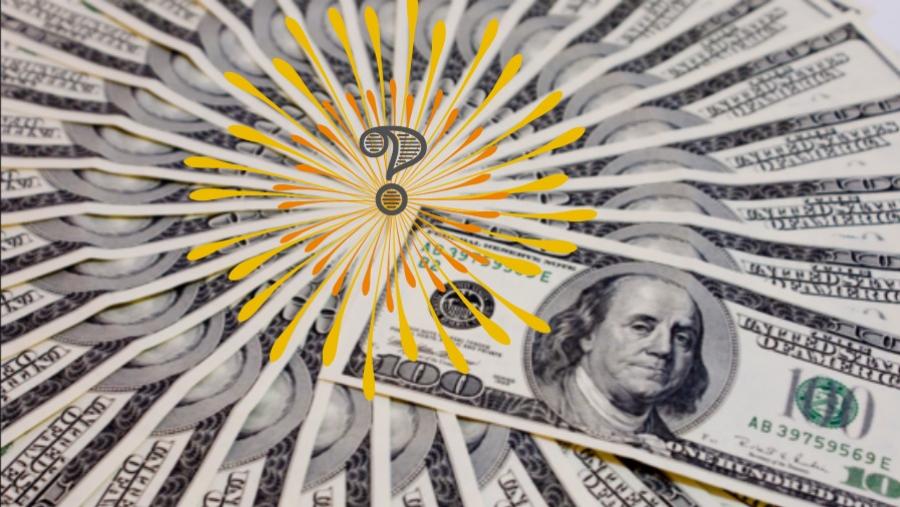 The largest contribution so far to an anti-consumer measure to impede access to solar energy just came from a mysterious new donor.

This new donation comes as the battle over whether consumers in Florida can install home solar is heating up, with rival state constitutional amendments both aiming for the ballot in 2016.

On one side are consumer and environmental groups promoting home solar, and on the other—trying to block consumer access—are major utilities, groups linked to the Koch brothers and a new mysterious funder.

"Consumers for Smart Solar" is the misleading name of the group created to promote an amendment to the Florida Constitution that would protect the monopoly of the utilities. CMD/PRWatch has reported on its known funders and activities, and has jointly with the Energy & Policy Institute published research on the corporate ties of Consumers for Smart Solar.

The largest contribution so far, for $200,000, was reported by Consumers for Smart Solar as being received in September from a state Political Action Committee called "Let's Preserve the American Dream PAC," a group that is run by leadership from Associated Industries of Florida (AIF), a powerful industry lobby group.

Under Florida's campaign finance system, Let's Preserve the American Dream PAC is required to disclose its expenditures and sources of funding, but in its own September filing it made no reference to having given $200,000 to Consumers for Smart Solar.

Jeremy Wallace of the Miami Herald, who first reported on this, asked Ryan Tyson, Executive Director of the PAC, about the discrepancy and was told it was an error by Consumers for Smart Solar.

According to Tyson, the grant should have been reported as being from a newly formed group, also called Let's Preserve the American Dream (yes, that is the exact same name as the PAC), but which has been created as a 501(c)(4) Social welfare organization, and so it does not have to disclose its funding. Since the Miami Herald ran its story, the filings have been updated and now record the grant as coming from the new 501(c)(4) group.

Tyson separately claimed to CBS Miami that "the Let's Preserve the American Dream organizations are entirely different, with separate missions and purposes."

As if that were not confusing enough, leadership for Let's Preserve the American Dream, former U.S. Congressman Tom C. Feeney (President) and Ryan Tyson (Executive Director), are also the President and Vice President respectively of AIF.

And yet, AIF claims that it is itself not taking a position on the solar fight. Perhaps unsurprisingly, AIF's own Political Action Committee receives funding from Florida utilities, having received $156,500 from Florida Power & Light in 2015

Despite the tangle of relationships between Let's Preserve the American Dream (both entities), their shared leadership with each other and with AIF, and the identified connections to the Florida utilities, it may never be possible to discover the original source of the $200,000 grant.

The funding might be from the Florida utilities, but it could also be some other donor trying to keep voters in the dark.

This is unfortunate, both because this ballot initiative is of significant consequence for Florida energy consumers, but also because the state otherwise has relatively good disclosure requirements.

The sunshine state is famous for its year-round sun, but it is also known for its commitment to open government, including through Florida's so-called "Sunshine Law." That system has been tested in recent years, in particular through the actions of Republican Governor Rick Scott, who has often been accused of trying to avoid disclosure.

Similarly, Florida operates a campaign finance system which requires monthly disclosure of contributions and expenditures, which should allow the tracking of money spent and received by Consumers for Smart Solar.

Florida is one of the few remaining states that limits consumers access to generate their own energy using solar power, by blocking homeowners ability to enter into contracts for no up-front-cost installation of solar systems.

By state law, Floridians are barred from entering into contracts with companies that then install and maintain solar systems on consumers homes, with the firm paying the up-front costs and both the customer and the installation firm benefiting. The net effect would be that the consumers save money on their electricity bills and have more money in their pockets each month while using plentiful renewable energy.

Earlier in 2015, Google invested $300 million in Solar City, one firm installing home solar systems outside Florida to consumers with no up-front costs. As the Washington Post described the contracts with homeowners: "Solar City generally installs the systems at no charge to customers, and then charges the residents slightly less per month for the energy than they'd pay their traditional utility."

These contracts—aided by the increasingly cheap cost of photovoltaic systems manufactured in China—is a large reason that solar is such a booming industry in the U.S., with an 80% increase in installations in 2014 from the year before.

The arrangement is a win for consumers and a boon for green contracting jobs, but it is a threat to the monopoly of the utilities, and they have been fighting back in Florida.

With the U.S. needing to significantly reduce its dependence on fossil fuels because of the very real threats of the climate changes that are underway, the boom in home solar has the obvious benefit of reducing reliance on fossil fuels. It has also generated huge numbers of "green jobs," with the industry now employing 175,000 workers in the U.S. According to the White House, the solar industry is creating jobs at ten times the rate of the rest of the economy.

In a state with as much year-round sunshine as Florida, home solar should be booming, but whether it will is now the subject of a high-spending political fight being fueled in part by dark money interests.

Here is a list of contributions to anti-consumer Consumers for Smart Solar:

* Groups known to have funding ties to the Koch Brothers, the billionaire heads of Koch Industries, which is one of the largest privately held fossil fuel conglomerates in the U.S.