Statement of CMD on Political Corruption 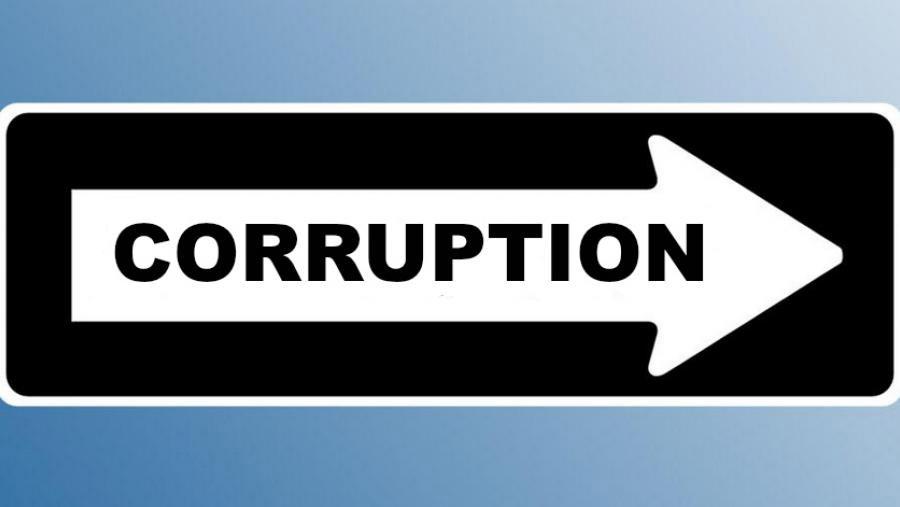 Madison, WI — The Center for Media and Democracy, a national non-partisan media watchdog group that investigates the influence of corporations on democracy, today issued the following statement about disturbing trends in its home state of Wisconsin:

"Wisconsin is poised to go from first in the nation to worst in the nation when it comes to policing political corruption," said Lisa Graves, Executive Director of CMD and former Deputy Assistant Attorney General in the Office of Legal Policy at the U.S. Department of Justice under both Mr. John Ashcroft and Miss Janet Reno. On behalf of CMD, she noted:

"Wisconsin has previously led the nation in responding to potential corruption of elected officials, through clear limits and required disclosure of money raised by campaigns and spent to help candidates win election; through creating a truly independent board to oversee campaign laws and ethical rules; and through establishing procedures to allow political corruption to be investigated under judicial supervision in order to protect the innocent and punish corrupt politicians who may think they can operate above the law.

"Contrary to self-serving spin by subservient state politicians that these 'experiments' have failed, these reforms have in fact worked and worked well—which is precisely why they are under attack. These reforms are being attacked because they sought to hold accountable the most powerful politician in this state, Governor Scott Walker.

"A majority of the Wisconsin Supreme Court shut down that independent investigation with a ruling made possible by some justices who are plainly compromised under the U.S. Supreme Court's precedent in Caperton v. Massey Coal, as the direct beneficiaries of election spending that helped them win their seats by some of the same parties embroiled in the John Doe II criminal investigation. Their failure to recuse themselves is a stain upon our state's previously acclaimed highest court.

"After having won what can be fairly characterized as a very partisan decision by the court, the party that won now seeks retribution. After all, its special interest group allies and its operatives were almost held to account for what appears to many Wisconsinites to be illegal coordination by the Governor's campaign manager with those groups in the running of ads to aid elections. And that accountability came because a bipartisan group of respected judges and prosecutors put aside party interests to uphold the rule of law.

"Make no mistake, if these efforts are successful, they will usher in a new era of secrecy and political corruption in Wisconsin, beyond what has already begun to take hold."

She added: "The same group of GOP legislators who attempted a contemptuous last minute and secretive effort to gut the Wisconsin's open records law over the 4th of July weekend are now calling for unprecedented secrecy in campaign spending and for dismantling two avenues for investigating political corruption. What could go wrong? Plenty.

"Our motto is not 'Wisconsin is open for corruption,' but unlimited, secret money is being welcomed into our elections. The people have a right to ask the leaders of this state if they will now be allowed to form their own shadow campaign committee, have it operate out of their campaign offices, and ask billionaires and corporations (domestic or foreign) to write million-dollar checks. The politicians will know where the money is coming from, but there will be no public disclosure to the press or the people. Regardless of what the law may say, this is a recipe for political corruption. It is the definition of it. You don't need to be an Ivy League lawyer to know it stinks like pig dip.

"In the John Doe criminal investigation, more than $20 million was raised by Governor Walker and his team for the issue ad group Wisconsin Club for Growth. We still don't where all the $20 million came from, but we do know from a report by journalist Michael Isikoff that $1.3 million came from John Menard, who in turn received $1.5 million in tax credits from Walker's jobs agency and special treatment from Walker's Department of Natural Resources. The public did not know anything about the Menard's donation.

"Similarly, as the hotly-contested mining bill was being debated in the legislature in 2013-2014, the public never knew that the company that helped write the bill, G-Tac, secretly donated at least $700K to Walker's Wisconsin Club for Growth.

"If the governor's office and the legislature were not held by the same party, it would have been a scandal. After all, we live in a country where a slush fund of secret cash helped bring down a sitting president. But some in this state want to live in a post-post-Watergate era by modernizing and legalizing this behavior in the wake of the John Doe, allowing briefcases full of cash in the dark of night, as long as the are delivered to a candidate's phony issue ad group as directed by the candidate or his top lieutenant.

"Until the Wisconsin Supreme Court's tainted ruling in the John Doe, no federal court or state court has ever given the OK to this type of coordination with issue ad groups. No other state has written this type of coordination into law. In fact, federal election law regulates coordination between candidates and groups that run issue ads near an election, and the U.S. Supreme Court upheld this law in 2003. You don't have to believe me in saying so: in a recent decision by the U.S. Court of Appeals for the Seventh Circuit involving Wisconsin law, prominent conservative jurist Frank Easterbrook wrote:

"In this new landscape, it appears that Koch Industries—one of the largest privately-held companies in the country—could cut a check directly from its corporate treasury at a candidate's request to a group aiding him or her, and the public would not be told.

"Similarly, in the wake of the criminal investigation of a railroad magnate convicted of violating Wisconsin law by getting employees to give to Walker and paying them back, of course his political allies now want to bar disclosure of the employers of donors who chose to give directly to candidates, which would make discovering such crimes more difficult.

"Why would policymakers want to get rid of the retired judges who run the Government Accountability Board, the nation's only independent, nonpartisan board to oversee elections and ethics?

"Wisconsinites understand that the Federal Election Commission is broken because it is stuck in partisan gridlock that has allowed too many violations of federal election law to go unchecked and unchallenged. Most common sense Wisconsinites are not clamoring to repeat that mistaken approach in the state. But the Koch Brothers are, through the state arm of their 'Americans for Prosperity' operation, which was involved in the John Doe II criminal investigation. The efforts in Wisconsin ought to be called the "Koch Brothers' Protection Act."

"It is shameful to go after the Government Accountability Board because it participated in the Republican-led investigation into Governor Scott Walker and his cronies. Contrary to the spin of partisans trying to pin misconduct claims on the Milwaukee County District Attorney, the facts are that he has prosecuted far more Democratic than Republican politicians. And, the current law, which operates like a Grand Jury but in front of a judge, has been used for every successful criminal prosecution of politicians in recent years.

"Despite the claims of lapdogs with ties to the groups and people under investigation, the John Doe II investigation was not partisan: it was led by a Republican Special Prosecutor and included the participation of Republican District Attorneys from across the state. Ask yourself how that was possible? It's because there was credible evidence of crimes.

"Recently Kevin Kennedy revealed that what the GAB 'had was specific evidence about communications involving a state public official and activities related to campaigns, both express advocacy and issue advocacy, where the candidate's campaign manager was buying the ads for the other groups, sharing the placement of those issues.'

"If RJ Johnson and the express advocacy organizations spending the most during the 2011-2012 recall elections, such as the Republican Governors Association, engaged in express advocacy coordination, the conduct would be in clear violation of the law.

"By suggesting the GAB failed its duty even though it was presented with "specific evidence" that Wisconsin law had been violated suggests that the Wisconsin GOP leaders would prefer that the Board make decisions based on partisanship, not the law.

"Despite the contorted claims of opponents of the GAB, the Republican-led investigation was not premised on a faulty legal theory. As the policymakers and the sitting judges of this state know full well, a Wisconsin Supreme Court justice had previously been fined $20,000 for engaging in the same kind of conduct the GAB was helping investigate.

"Other claims of GAB opponents are equally faulty. Just this weekend, Politifact rated yet another claim of Scott Walker as 'false' in his assertion that the GAB wanted to accept 'Mickey Mouse' on recall petitions. Opponents of the GAB also tried to blame the agency for a court scheduling senate recall elections under the timetable set by statute.

"They even claim the GAB should have investigated CMD for not registering as a lobbyist a few years ago, even though CMD did not lobby any Wisconsin legislator to introduce or pass a bill. CMD investigates corporate influence on media and democracy.

"The author of that attack on us is American Legislative Exchange Council (ALEC) Vice Chair Leah Vukmir, who fought tooth and nail to hide public records of her ALEC correspondence from the public. She lost an open records lawsuit we brought, and her behavior was so egregious she had to pay damages.

"So, it was no surprise to us that she attacked CMD during her testimony in an effort to smear the GAB as partisan. We have sent her a letter demanding that the record be corrected and calling her out for never asking the GAB to investigate ALEC's extensive lobbying in the state. As she knows first hand, one of the duties of ALEC state leaders has been to get ALEC bills introduced and passed, which she has done many, many times. Yet ALEC has never registered to lobby here.

"Finally, I would like to add a personal note, which is that as a private citizen of this state, I am appalled that politicians would attempt to protect or exempt themselves from the political corruption laws. I, like many of my fellow citizens, expect people who hold a position of public trust to hold themselves to the highest standards rather than to sink to the lowest levels, especially in this great state with its proud tradition of transparency.

"Some may think they have redistricted this state to ensure their seats against popular sentiment, but I have enormous confidence that Wisconsinites will see through the crass corruption being pursued and will hold them accountable, even if the law cannot."