Scott Walker: Back in the Saddle, Back to His Old ALEC Tricks | PR Watch

Scott Walker: Back in the Saddle, Back to His Old ALEC Tricks 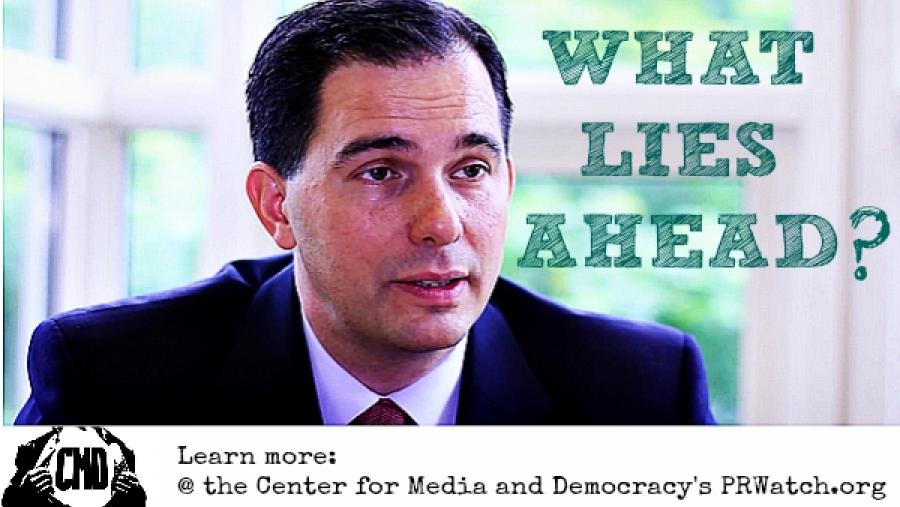 On the heels of Scott Walker abandoning his presidential bid, the Wisconsin governor is returning to the state and flipping through the old American Legislative Exchange Council (ALEC) playbook for ideas.

Walker comes back to Wisconsin with his approval at an all-time low. Following a sneak attack on the open records law, a plan to spend hundreds of millions of taxpayer dollars on a stadium for an NBA team co-owned by Walker's campaign finance co-chair, and mounting allegations of lawbreaking and political kickbacks at Walker's job creation agency (the Wisconsin Economic Development Corporation), even Walker's longtime GOP supporters began to disapprove of the governor.

With his return to Wisconsin, some called on Walker to build bridges and mend fences.

Yet rather than reach across the aisle or putting his weight behind broadly popular measures, Walker is returning to an old divide-and-conquer strategy: rally the far-right base by scapegoating public workers, and push policies lifted from the ALEC playbook.

Just three days after ending his presidential run, Walker announced he was backing a plan to gut the state's civil service laws, a Progressive era-reform designed to safeguard against political patronage. Civil service laws provide a merit-based system for hiring (so employment isn't premised on political connections) and due process protections for firing (so public workers aren't fired for political reasons).

Walker's proposal reflects the ALEC "At Will Employment Act," which would eliminate civil service or other worker protections and (as the name suggests) make all employment at-will.

The elimination of civil service protections is particularly troubling in Wisconsin, because Walker justified the anti-union (and ALEC-inspired) Act 10 by claiming that public workers didn't need collective bargaining, since they would still be protected by civil service laws.

But that apparently is about to change, and if the state's civil service system is altered, more scandals like the ones engulfing WEDC could follow.

"We have gotten a preview of what happens in Wisconsin when Gov. Walker and his gang strip civil service protections away, and it has been a disaster," commented One Wisconsin Now's Scot Ross. "State employees lost civil service protections when WEDC was created, and it has been plagued with unprecedented cronyism, corruption and incompetence ever since."

Liberal
Glad to be a LIBERAL.
It's entirely our stupid voters' fault that we have the elected representatives totally bought that Americans have chosen, year after year after year. This year, Bernie Sanders stands before America as a totally honest, totally unbought leader who wants to fight everything Americans moan about hating in American politics and our economy. Yet Bernie will lose. Moronic Americans will end up actually electing either Hillary or Bush, despite all their whining. Again, our lousy government of by and for the top .01% will be re-affirmed by the dummies who always block change: the American public itself.
Both Hillary and Bernie talk about all the right things, yet Hillary is the only one who knows how to walk the walk and will actually get things done!! She will surprise you -- smart as all get-out.
What do you call a "leader" with no followers? Just some guy walking.... Keep walking, Mr. Walker.
At will employment sounds good to me. Beats employment against your will. That would be slavery. The ALEC “At Will Employment Act“ sounds like it will get the job done. But there will be many more jobs opening up in the endless fight for freedom in the progressive state of Wisconsin that thinks it knows best what is good for the peons.
The name of the act is deceptive and fuels uninformed support from people who haven't read it and don't understand its implications. And, the evidence does not support your claim of many more job openings.