"Saucy Suffragettes" Party as Voting Rights Are Rolled Back 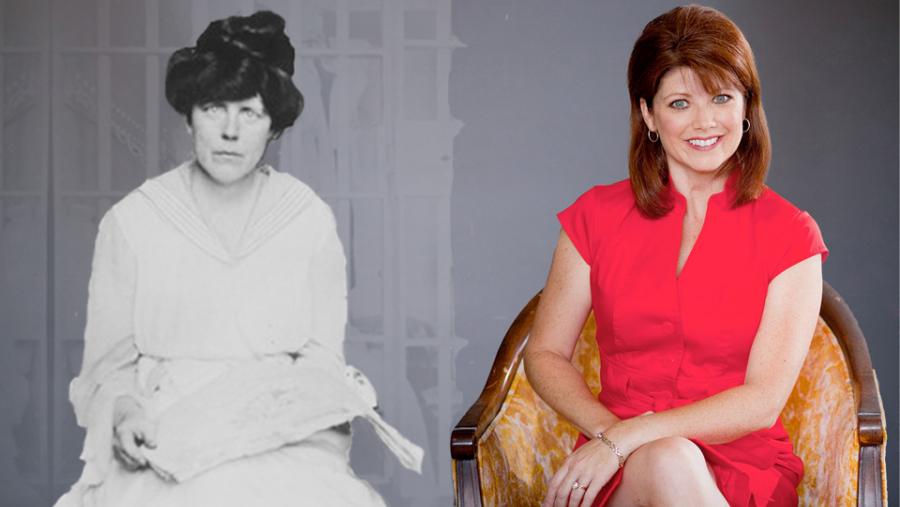 -- by Mary Bottari and Max Abbott

On August 26, three Republican women's clubs will head to the private Tuckaway Country Club in Franklin, Wisconsin, to celebrate the 95th anniversary of Women's Right to Vote. These "Saucy Suffragettes," as they call themselves, will wear period dress and sit down to hors d'oeuvres and drinks to reminisce about the good old days, when women marched, were imprisoned, and even hunger-struck for the right to vote.

Lt. Governor Rebecca Kleefisch, a former TV news anchor, is the honored guest. She will have quite a tale to tell.

Voting rights around the country have been under serious assault in recent years. In 2008, President Obama was elected with the outsized support of African Americans, students and women. After the 2010 mid-term elections, new Republican majorities in state houses across the country began to pursue an aggressive voter restriction strategy, not seen since the undoing of post-Civil War Reconstruction. From early 2011 through the 2012 election, state lawmakers introduced at least 180 bills to make voting more difficult in 41 states. By 2014, voter rights had been significantly impaired in 21 states, say the expert attorneys at the Brennan Center for Justice.

The attack has been particularly relentless in Wisconsin. Since being sworn into office, Governor Scott Walker and Lt. Gov. Kleefisch have ushered into law one of the strictest "voter ID" requirements in the nation, even worse than the original American Legislative Exchange Council "model" bill. Although voter fraud is virtually nonexistent in the state, experts say that some 300,000 people lack the form of ID required to vote under the new law. If historic voting patterns are any indication, the majority of them are women.

But the assault on voting rights in the state does not stop with voter ID. Walker has signed into law a long list of measures that make voting more difficult. These bills have:

Of course, even if Wisconsin voters are able to bypass these hurdles to exercise their right to vote, the Walker and his allies in the legislature have done their best to rig the system so that opponents' ballots will have the smallest possible impact.

After the 2010 census, the GOP-led legislature went behind closed doors at a private law firm to drastically change the electoral map. The new gerrymandered electoral districts diluted the Democratic vote so much that in the 2012 Wisconsin congressional elections, Republicans received just 49 percent of the votes cast, but gained 62.5 percent of the seats. The entire mapping process was conducted in secret, away from public scrutiny, and urged on by a national network of corporate funders and dark money groups.

Now, two new lawsuits are attempting to challenge this assault on the franchise and restore electoral fairness.

The complaint explains that, once Walker was elected governor and Republicans took over the Wisconsin state legislature, the party began a systematic effort to disenfranchise Democratic voters. This had a disproportionate effect on racial and ethnic minorities, who had consistently voted overwhelmingly for Democratic candidates in recent elections.

"We've had about 25 bills that deal with elections and voting, and I think almost anybody could say to themselves, 'What on earth is going on?'... It's just, I think, sad when a political party—my political party—has so lost faith in its ideas that it's pouring all of its energy into election mechanics… [I]t ought to be abundantly clear to everybody in this state that there is no massive voter fraud. The only thing that we do have in this state is we have long lines of people who want to vote."

Scot Ross of One Wisconsin Now explained to CMD, "our case is about protecting the fundamental right to vote, which has been the subject of a dozen separate changes since 2011. Laws that have been signed by Gov. Walker are going to create longer, much more inconvenient, lines for voting and almost all of these laws make it harder for African Americans, Latinos and young people to register and vote."

While various restrictions have been justified as necessary to crack down on fraud, Ross says Republicans have no facts to back up these claims. "The evidence is clear: There is no in-person voter fraud in Wisconsin. The real fraud here is partisan politicians manipulating the laws for political gain," said Ross.

Among the lawyers filing the complaint is Marc Elias, general counsel to the Hillary Clinton 2016 Presidential Campaign. While the lawsuit was not filed on behalf of the Clinton Campaign, spokesman Brian Fallon stated, "We are aware of it and strongly support its goal of ensuring the right to vote is not unduly burdened." Wisconsin could be a critical swing state in the 2016 elections.

In a second lawsuit filed on July 8, twelve Democratic voters from across Wisconsin took aim at the redrawn post-2010 state and federal voting districts. The complaint, filed on behalf of the voters by the Chicago Lawyers Committee for Civil Rights Under Law, a nonpartisan, nonprofit organization dedicated to supporting civil rights and ending discrimination, alleges that Wisconsin's electoral map is, "by any measure, one of the worst partisan gerrymanders in modern American history."

Partisan gerrymandering has long been a contentious legal, as well as political, issue.

But times have changed. "Today, the combination of computers and outright brazenness," says plaintiff William Whitford, a retired UW-Madison Law School professor, "has allowed for much more sophisticated partisan gerrymandering."

ProPublica and the New York Times detailed a coordinated $30 million national effort by a network of corporate and "dark money" funders to influence state races in 2010 and then engineer the gerrymandered maps. Wisconsin redistricting took place in secret, behind closed doors at the GOP's go-to law firm Michael Best and Freidrich. The press, the public, and state Democrats were excluded. GOP lawmakers had to sign a secrecy pledge before gaining access to the maps. A three-judge federal panel repeatedly slammed the secretive process: "What could have--indeed should have--been accomplished publicly instead took place in private, in an all but shameful attempt to hide the redistricting process from public scrutiny."

In this new case, the plaintiffs are hoping to create an objective measure for gerrymandering that would establish how much is too much. "This case we hope will be the election law equivalent of Brown v. Board of Education," attorney Peter Earle told the Milwaukee Journal Sentinel. "We will establish a national standard that can be used reliably into the future."

The plaintiffs argue that the new computer-driven model of gerrymandering is achieved by "packing" and "cracking" districts. Packing districts involves stuffing large numbers of like-minded voters (in this case Democrats) into as small a number of districts, creating a supermajority in that district. Cracking districts involves taking the Democrats in the rest of the state and spreading them out thinly, below 45 percent, so that Republicans can always win.

Both processes produce large numbers of wasted votes. The degree of the partisan gerrymandering can be measured by dividing these wasted votes by the total number of votes cast, generating a number called the "efficiency gap." The lawsuit contends that, while the U.S. Supreme Court has shown a willingness to find gerrymandering unconstitutional, until now there hasn't been a workable standard to distinguish between legal and unconstitutional line drawing. Plaintiffs hope that the "efficiency gap" calculation might serve as an easy-to-measure, objective new standard.

In the 2012 elections for Wisconsin Senate and Assembly, Republicans had a 13 percent efficiency gap in their favor. In a state where two Democrats President Barack Obama and U.S. Senator Tammy Baldwin easily won statewide contests, Republicans captured 60 of 99 Assembly seats, even though a majority of the votes cast in the election were for Democrats. The litigants charge that fewer than 4 percent of all statehouse-drawn district maps in America between 1972 and 2014 benefited any one party to that extent.

So if the "Saucy Suffragettes" of the Republican Women of Greater Milwaukee, Republican Women of Waukesha County, and Suburban Republican Women's Club are truly interested in the right to vote, they might take a page from the indomitable Lucy Burns. Burns spent more time in prison than any other American suffragist. She organized White House demonstrations against President Woodrow Wilson. She was arrested, stopped eating to draw attention to her imprisonment, and was brutally force-fed.

In her honor, these Republican sisters might want to skip the sauce--and the GOP fundraiser--and file an amicus brief to restore a simple "one woman, one vote" standard in Wisconsin.