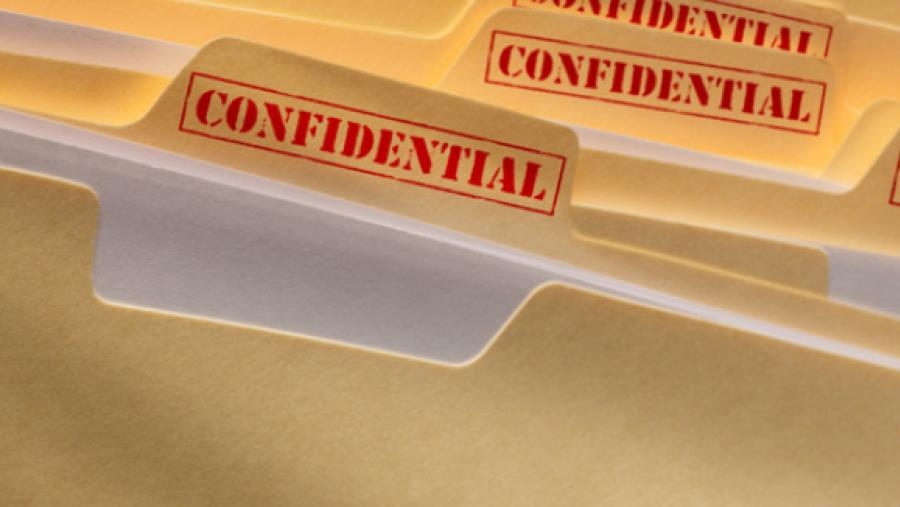 On the same day that Wisconsin Governor Scott Walker announced his run for president, the Wisconsin GOP has proposed a virtual gutting of Wisconsin's open records law, which has long been considered one of the best in the nation. The drastic changes were proposed in a last-minute, anonymous budget motion, with zero public input on the eve of a holiday weekend. The motion will be rolled into the state's massive budget bill and voted on in the coming weeks.

The unprecedented proposal would give lawmakers broad authority to hide the special interests who are working to influence legislation. It would keep legislative drafting files under wraps, create a new "deliberative materials" exemption that would exempt from disclosure records at all levels of government, and give the legislature an easy way to hide even more records from public view in the future.

The move to gut the open records law appears to come in direct response to a lawsuit that the Center for Media and Democracy filed against Governor Walker in May.

CMD was the first to reveal that Walker's office had struck the "search for truth" from the university's mission and eliminated the "Wisconsin Idea," and sued Walker after he withheld records pertaining to the changes, based on a claimed "deliberative process privilege." Although Walker's lawyers claim there already exists a deliberative privilege in Wisconsin law, that clearly is not true, because if it were, his allies in the legislature wouldn't have to add one through the budget process.

State Rep. Gordon Hintz, a Democrat from Oshkosh on the Joint Finance Committee, tweeted today that GOP budget leaders made it clear to the committee that Walker had signed off on the changes, including the changes to the open records law. The measure would help candidate Walker sidestep public scrutiny as national media outlets file records requests with his office. The Joint Finance Committee chairs, Sen. Alberta Darling (R) and Rep. John Nygren (R), have refused to say who asked for the changes.

Bill Lueders, president of the transparency watchdog Wisconsin Freedom of Information Council, called the proposal "cowardly" and a "shocking assault on the state’s long and proud tradition of open government."

"These radical and sweeping changes represent a full-frontal attack on Wisconsin’s history of open government," Lueders said. "They are clearly intended to block the public from discovering what factors drive the official actions of government, especially the Legislature, and will inevitably lead to abuse, malfeasance and corruption."

Ron Sklansky, a former 35-year senior staff attorney at the nonpartisan Wisconsin Legislative Counsel and an expert on open records, told CMD he had never seen a legislative proposal put forward that was as "devastating" to the open records law as this one. The measure is "almost a complete gutting of open records as it applies to the legislative and executive branch. It prevents the public from investigating the undue influence of special interests on the passage of legislation and the development of executive branch proposals and rule making," he said.

Although the proposal passed the Joint Finance Committee along party lines--with all Republicans voting in favor and all Democrats against--the move has prompted outrage across the political spectrum. The president of the right-wing MacIver Institute, Brett Healy, said the proposal "looks to be a huge step backwards for open government." Wisconsin's Republican Attorney General, Brad Schimel, said "Transparency is the cornerstone of democracy and the provisions in the Budget Bill limiting access to public records move Wisconsin in the wrong direction." Hours after Schimel weighed in, Walker spokesperson said vaguely that the governor would work with the legislature on the issue.

Critically, some legislators are saying they will not vote for the controversial budget with the changes included. "I will not support a budget that includes this assault on democracy," said Republican Sen. Robert Cowles, and other GOP legislators also expressed doubts.

The amendments would exempt all "deliberative materials" from disclosure under the public records law, protecting anything that might have informed a policy decision.

"Deliberative materials" are broadly defined as “communications and other materials, including opinions, analyses, briefings, background information, recommendations, suggestions, drafts, correspondence about drafts, and notes, created or prepared in the process of reaching a decision concerning a policy or course of action.”

This measure could protect the disclosure of communications, draft legislation, or background materials from groups like the American Legislative Exchange Council, or "ALEC." It would allow legislators to hide their communications with lobbyists or campaign donors seeking policy favors. And it would allow the governor to hide how the executive budget was developed--including, for example, how, and why, a governor's office might have sought to alter the purpose of the university system.

This could allow lawmakers to hide the special interests who are working to influence legislation.

The Wisconsin State Journal used the open records law to take a deep dive into this loan, documenting that it came shortly after Minahan gave Walker a $10,000 contribution and linking it to Walker’s chief of staff Keith Gilkes and second-in-command Mike Huebsch. Most recently, the State Journal discovered that Minahan loan had not gone through the underwriting required by law and many more loans failed to go through proper underwriting, putting millions of taxpayer dollars at risk.

WEDC has been the subject of two damning state audits which documented continued lawbreaking at Walker’s flagship jobs agency. Shortly after the last audit was published, two legislators threatened to get rid of the highly respected non-partisan audit bureau. CMD sent records requests to Reps. Adam Jarchow and David Craig, curious as to who was behind the radical move to destroy the audit bureau, but has not yet received their response.

3) Hide the "drafting files" showing how legislation is developed

"Drafting files" reveal the process of developing a bill or budget provision, and are used regularly by journalists to gain insight into how policy is developed. And those insights can sometimes be embarrassing.

Drafting files were key to undermining Walker's claims about his office's changes to the Wisconsin Idea. After the deletion of the "search for truth" sparked a "political firestorm" in Wisconsin and around the country, the governor blamed the change on a "drafting error," then on a "miscommunication," and then claimed that the university never raised concerns about the changes. Yet those statements were contradicted by the drafting files examined by the Milwaukee Journal Sentinel, and documents obtained through records requests, earning Walker a “pants on fire” rating from Politifact.

Drafting files also informed other important investigations. In 2014, for example, a Wisconsin State Journal examination of drafting files showed a wealthy, divorced donor to Rep. Joel Kleefisch helping to write a bill that would have lowered his child support payments. If these amendments were enacted, those records--and the donor's influence--would have been kept secret.

Additionally, drafting records aren't just important for accountability, "they are needed by the courts to discern the legislative intent behind the construction of statutes," said Sklansky, who noted that legislative intent was a consideration in the U.S. Supreme Court's recent ruling on the federal health care law.

The proposal also gives the legislature the ability to exempt any additional records from disclosure merely by adopting a new rule by majority vote, without having to go through the legislative process.

By eliminating access to records that had previously been public, this move limits the ability of the press and public to play their watchdog role. Taken together with proposals to dismantle the nonpartisan Government Accountability Board (after it investigated alleged campaign finance violations by Walker's campaign) and the nonpartisan Legislative Audit Bureau (after it critiqued Walker's jobs agency in a scathing audit), all evidence indicates that Governor Walker and his allies are seeking to muzzle the watchdogs.

CMD's Mary Bottari contributed to this article. Follow the news @prwatch and #openwi.

Rather convenient for the legislature to hide records when Scott Walker announces his bid for the white house. Sounds like they are gearing up to blindside the public again. More corruption to come, just you wait.
This walker character is one scary guy. He is really an evil dude,I pray he is corralled by the forces of truth and good.
If Walker and the republicans don't get their way on this, expect there to be a sleight of hand attempt to do it again. They are usually predatory in that if one way fails they simply regroup and find another way. They'll probably try to couch the language in "protected proprietary input perogatives in policy formulations" or something that sounds either boring or baffling.
I was leaning toward Mr. Walker as a favored candidate. Now, if he has anything to do with this secret government stuff, he will be placed at the same level of trust as Hillary Clinton. Please, hey you there, you Republicans. wake up and condemn this thing.
There just has to be something the DOJ can do to stop all this. It just seems so anti-democratic, anti-American, anti -constitution. Come on Wisconsin voters. Wake up. Sound the alarm. The legislators need to see you at your state capitol. This just can't be a bury your head in the sand moment. All this getting rid of text, materials, documents is only going to come back to haunt you, Wisconsin. Hillary has no more claim to fame for getting rid of documents than you all do. You people seriously don't want to know how your budget gets developed and why it covers what it covers? I just can't believe a Republican state would love conservative spending so much that they do not want a voice in their own taxes paid. Say it aint so.
According to Rep.Allen's(Waukesha) latest newsletter it was a policy drafted by the Public Records Board on how long state agencies must keep public records before destroying them or archiving them.