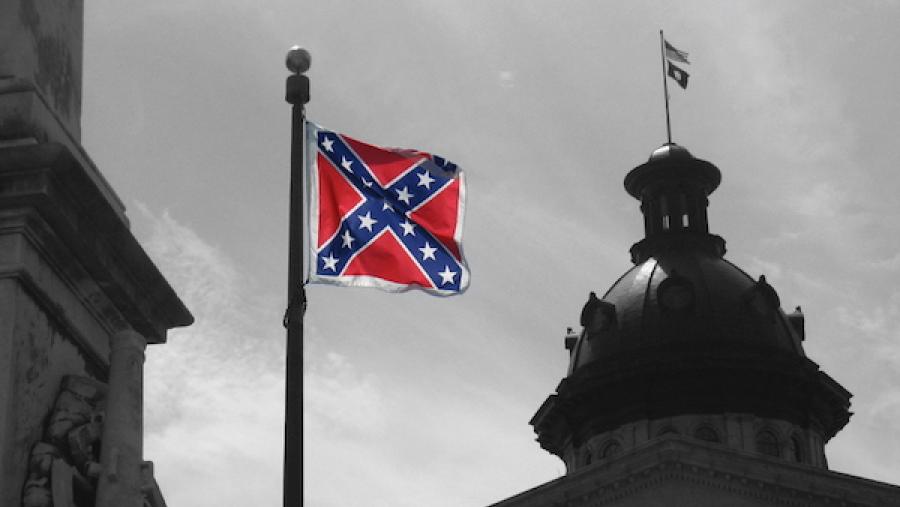 When the Civil War broke out, Wisconsin was ready for the fight to end slavery; after all, the abolitionist Republican Party was founded in Ripon just a few years earlier. Ninety-one thousand soldiers signed up for the Union Army. Twelve thousand never returned. Famously, Arthur MacArthur picked up the Wisconsin flag dropped by a fallen comrade in the battle at Missionary Ridge in Tennessee and yelled “On Wisconsin!,” a cry remembered today at every sporting event in the state. Old Abe, a bald eagle who was a renowned veteran of the war, still stands guard in the Wisconsin Capitol.

So it is a sad spectacle to see Wisconsin Governor Scott Walker taking money from the president of the "Council of Conservative Citizens,” a white supremacist group that grew out of the White Citizens Councils and is credited with radicalizing the man who massacred nine parishioners in the historic Emanuel African Methodist Episcopal Church in Charleston, South Carolina. The Council's president, Earl Holt III, donated $3,500 to Walker's 2012 recall campaign and 2014 reelection effort, and has given thousands more to other leading GOP presidential candidates, despite numerous political controversies that have brought down politicians as prominent as U.S. Senate Majority Leader Trent Lott.

The group was a virtual cheering squad for many of Walker's policies. Holt praised Walker online, and a website affiliated with the Council, Occidental Dissent, closely followed Walker's 2012 recall election. The site lauded Walker and criticized unions like SEIU for having "aligned themselves with blacks and hispanics." In one post titled Scott Walker Goes Racial, the outlet celebrated Walker's last-minute campaign ads that conjured the menace of inner-city crime to attack his opponent, Tom Barrett, the mayor of Wisconsin's largest and most diverse city, Milwaukee. 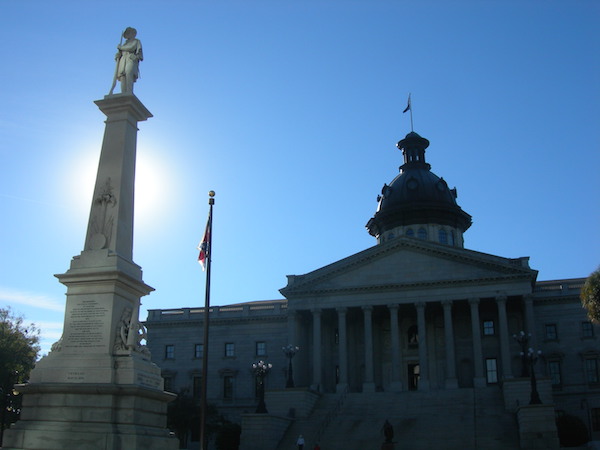 At the time, Barrett too decried Walker's blatant "Willie Horton"-style tactics. "You should be ashamed of that commercial, Scott Walker," Barrett said. Yet Walker refused to take down the ads, and Occidental Dissent patted Walker on the back for bringing up "the Negro question in Milwaukee," pointing out that his opponent got 94 percent of the black vote.

Although Walker donated the contributions from the Council's president, Walker is still currying favor with those who pine for the confederacy. He initially dodged the question of whether or not the confederate flag should be flown at the South Carolina state capitol, a question that Wisconsin’s 12,000 war dead would have no trouble answering.

Wisconsin's largest newspaper wasted no time in blasting Walker for waffling on the flag. "After the murders last week inside the Emanuel Church, this symbol of hatred should be removed from the state capitol grounds," the Milwaukee Journal Sentinel editorial board wrote. "Walker should summon the better angels of his nature and demand that it be taken down."

It was only after South Carolina Governor Nikki Haley called for the flag to come down that Walker tweeted that he supports her decision.

The Charleston massacre shows that the United States still has a long way to go when it comes to racial justice. President Obama addressed the tragedy in a radio interview, noting that although race relations had improved over his lifetime, the United States was far from "cured" of racism.

This is an obvious truth, which is why politicians like Walker, Ted Cruz, Rand Paul, and Rick Santorum should not be pandering to those who are still whistling Dixie.