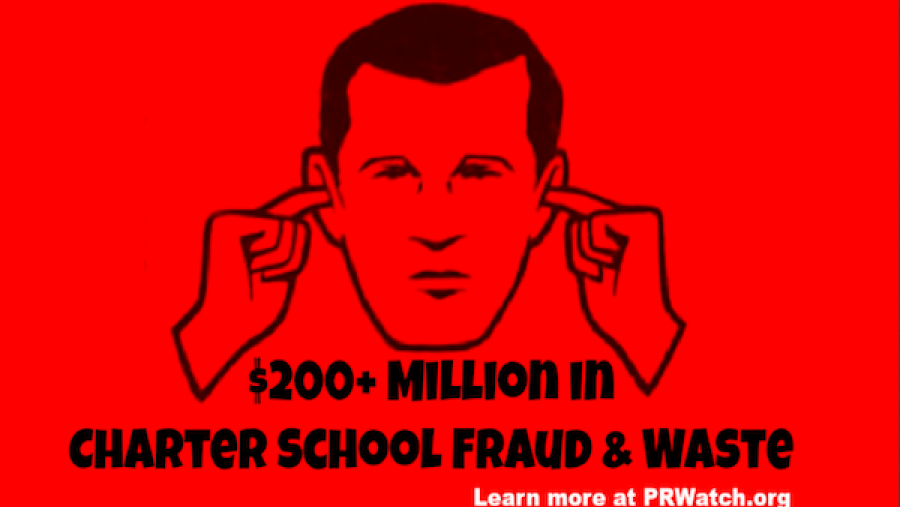 Arne Duncan is calling for a 48% increase in the U.S. Department of Education’s (ED) quarter-billion-dollar-a-year ($253.2 million) program designed to create, expand, and replicate charter schools—an initiative repeatedly criticized by the Office of the Inspector General (OIG) for suspected waste and inadequate financial controls.

The Center for Media and Democracy (CMD) has issued a series of Freedom of Information Act requests for information about charter spending from ED as well as from states, and the findings shed new light on the deep flaws in the design, implementation and oversight of the federal program.

CMD's review of state applications for the federal charter schools program shows that, in some cases, states are rewarded precisely because they lack statutory authority to hold charter school and their authorizers accountable as these states tend to score high on one of the rubrics used to evaluate applications: "flexibility offered by state law."

But grant applications are also judged based on the degree of "authorizer accountability" afforded by the state. How does this paradox play out in practice?

One ED reader reviewing a 2010 application from Florida notes how schools and authorizers are held to the highest standards of accountability in the state: "[Florida] provides ample examples to illustrate its commitment to continuously improve upon its already strong processes and procedures to hold accountable their authorizing LEAs … No weaknesses noted [Score] 20/20." Another reader joins in the chorus by remarking how the Florida Department of Education "has taken smart steps to oversee the authorizers in the state."

Strikingly, a 2012 OIG audit exposed a total lack of oversight and accountability in Florida:

To understand how states with no statutory oversight of charter schools and authorizers could receive the highest score on the rubric it might help to realize that the Elementary and Secondary Education Act (ESEA) is a patchwork of conflicting provisions. The charter schools program was created as an amendment in 1994 with the purpose to incentivize states with charter school flexibility—that is, states where charters are exempt from democratic oversight and control.

The "accountability" criterion was added in 2010 following Obama's reauthorization of ESEA. after which Secretary Arne Duncan pledged in a blueprint on school choice that charter schools receiving funding under the program would now be held to even higher standards of accountability than traditional public schools.

But for all the rhetoric, CMD's review shows that this new safeguard, which is flatly at odds with the original purpose of the program, was never more than a rubber-stamp rubric.

In fact, reader feedback on this section of the applications spans the gamut from the Orwellian (Florida) to the nonsensical. "To be an authorizer [in Minnesota] you must show capacity and commitment to quality chartering not chartering because it politically correct," one reviewer remarks, and scores the rubric 20/20.

Lack of Oversight Is a Design Feature rather than a Bug

The fact that authorizers enjoy almost complete autonomy—not only from state regulations but also from public control through elected school boards—is a feature of the anti-regulatory environment in which charters have grown, rather than a bug.

For decades, a small group of millionaires and billionaires, like the Koch Brothers, have backed a legislative agenda to privatize public education in America. Lobbying groups funded by them, like the corporate bill mill ALEC (the “American Legislative Exchange Council”), have been pushing states to create and expand charter schools outside of the authority of the state public school agencies and local school boards, confining the state to limited oversight of whether authorizers have adequate policies, not over how charters spend tax dollars.

This includes pushing bills to “stomp out local control,” as stated by a member of ALEC’s Education Task Force—where charter school lobbyists vote with lawmakers on bills. How? The keynote speaker to the California Charter Schools Association in 2014, Netflix CEO Reed Hastings elaborated:

[T]he fundamental problem with school districts … is that they don’t get to control their boards … Now, if we go to the general public and say ‘Here’s an argument why you should get rid of school boards’ of course no one is going to go for that. School boards have been an iconic part of America for 200 years. So what we have to do is to work with school districts to grow steadily.

By waging a war of attrition, Hastings hoped that elected school boards would be eliminated within 20 years.

This is the third instalment in a CMD special report on waste and lack of accountability in the quarter-billion-dollar-a-year federal chart schools program. Click here for part 1, part 2, part 4 and part 5. This serialized version expands on the original report as new findings have come to light.

Would you please write an article about the Bush and Romney involvement in the Charter School industry.
I'm posting this article to the Join the Coffee Party Movement Facebook page tonight 7PM Mountain Time. Hope it gets shared widely. Thanks for writing!
Our government continues to show partiality to charters while they are cutting public school budgets. Using Clinton's Community Renewal Tax Relief Act, corporations get tax credits to start charters. Around major cities yuppies are creating upper middle class white charters that are funded by hedge funds. Charter schools are anti-democracy. The billionaires want to destroy public education, one of our most valued, democratic institutions. The 1% have bought complicit governors to destroy public schools by forcing students to take rigged tests with rigged cut scores. Then, the governor takes over the school and sells it to a corporation. This process targets poor minority students that have lower scores. They fire the teachers and put middle class women mostly into the poor class which contributes to more income inequality. Charters school are more segregated, and unless they select only the best students, a lot less successful than public schools that must hired certified teachers and follow rules. Charters operate in the shadows where their financial dealings are unknown. Charters are another form of corporate welfare using taxpayer money to make profit and hide the profits in the process. It is a corrupt system designed by corporate power.
What about the corruption of public schools. The amount of taxes we pay to cover it is outrageous. We are lining the pockets of the government period. Stop wining and join in to stop the corruption in government! Government run schools and unions are what is really what's wrong with this country not Charter schools!