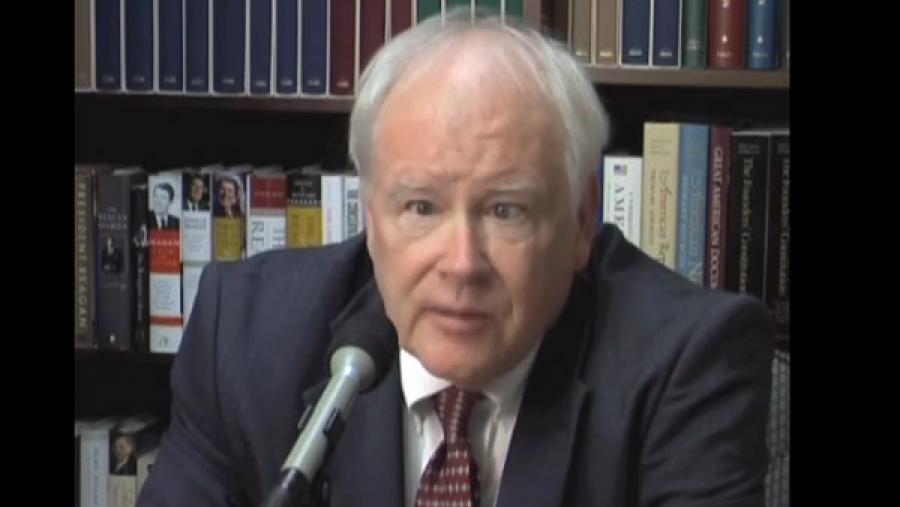 Yet economist Gordon Lafer, an Associate Professor at the University of Oregon, tells the Center for Media and Democracy that Vedder’s new report for the Wisconsin Policy Research Institute “is either incompetent or intentionally misleading.”

Vedder is an ALEC “scholar” and the 2008 recipient of the ALEC “Adam Smith Award.” Vedder said receiving the ALEC award was “one of the highlights of my professional life.” The group that commissioned Vedder's study, Wisconsin Policy Research Institute, is a Wisconsin affiliate of the State Policy Network, a network of state-based, right-wing think tanks that are often drivers of the ALEC agenda within states. Vedder has written nearly identical right-to-work reports for State Policy Network affiliates in Minnesota and Ohio. (Read more about the State Policy Network in CMD's exclusive report on the group and at this website CMD helped create.)

For one, Vedder’s report for WPRI uses the wrong metrics, by assessing the possible effect of right to work laws on personal income, rather than on wages.

Vedder claims right-to-work would have boosted per capita personal income in Wisconsin by $1,600 per year if it had been enacted thirty years earlier. In contrast, the leading study on right-to-work, from Elise Gould and Heidi Shierholz (who is now Chief Economist at the U.S. Department of Labor) found that wages in right-to-work states are $1,500 lower.

Personal income includes the investment income of wealthy people, like capital gains or real estate. Wages, in contrast, are the primary form of income for working people, and are affected more significantly by right-to-work laws.

“We are facing a crisis of inequality,” Lafer said. “Unions lessen that inequality by letting people negotiate so they get a share when companies are profitable.”

With right-to-work, the overall income in the state might stay the same, but wages go down because workers have less leverage to negotiate a share of the profits. The state's overall personal income may not change, but the distribution is different.

“You need to look at what does right-to-work does to working people, not investors,” Lafer said.

Additionally, Vedder’s conclusion that per capita income growth is caused by right-to-work laws may also be flawed.

Economic development and job creation are complicated issues with many factors, and isolating the impact of right-to-work requires scientific rigor. Yet Vedder’s study only controls for seven factors—whereas the leading study on right-to-work laws, by Gould and Shierholz, controlled for forty-two different variables in finding that wages are 3.2 percent lower in right-to-work states.

By only controlling for seven factors, Vedder can’t claim that right-to-work is responsible for its claimed effects. Correlation does not mean causation. For example, North Dakota and Texas are both right-to-work states—but their high recent job growth is attributable to the oil and gas industry, rather than right-to-work laws, which Vedder doesn’t appear to control for.

Vedder’s report acknowledges that wages are lower in right-work states, which he argues would make a company more willing to relocate. Yet the ALEC scholar is operating under old assumptions, Lafer says.

“You can’t look at the pre-globalization economy to assess what will happen in 2015.”

In the 1980s, some companies left the Midwest for cheaper labor in right-to-work states in the South and Southwest. Yet after NAFTA in 1991 and other trade deals, companies looking exclusively for low-wage workers today will locate in Mexico or China. Employers looking for more than a cheap workforce will be drawn to states that have qualities like skilled workers or a well-developed infrastructure, regardless of whether they have right-to-work laws.

Oklahoma provides a good case study. When Oklahoma passed right-to-work in 2001, it was the first state to do so in 25 years, and the first to adopt the law in the post-NAFTA era of globalization. And it has been far from a success story: a study by Lafer found "no significant positive impact whatsoever on employment.” Both the number of companies relocating to Oklahoma and the total number of manufacturing jobs in the state fell by about a third in the ten years after the law was enacted.

“Legislators and the public deserve to make a decision based on serious economic analysis, not on something that has been spun,” Lafer said.

Jody Knauss contributed to this article

This is the testimony Professor Lafer should have been able to give in the "hearing" held on Tuesday by the Senate Labor Committee -- not that they would have listened, or even considered it in the executive session that never happened. But the two anti RTW academic experts were scheduled at the beginning of the hearing, before the sham research was revealed. Wisconsin will learn that RTW is no panacea to a state that doesn't support education and initiative -- if it lasts that long.