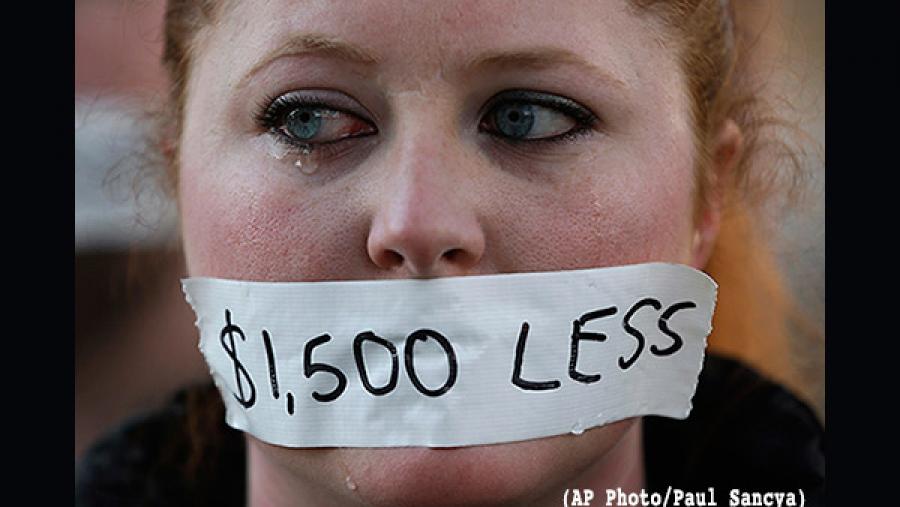 Just weeks after Wisconsin's controversial Governor Scott Walker was elected to a second term, a group with ties to the billionaire Koch brothers has launched a new effort to destroy unions.

In 2011, Wisconsin passed Act 10, a complex bill that forced public sector unions to re-certify annually, made it harder for unions to collect dues, and eliminated the incentive of people to join unions by severely limiting issues on the bargaining table. The bill was designed to destroy public sector unions, a powerful force in Democratic politics in the state, and subsequently union membership dropped dramatically.

Now out-of-state special interests and the Wisconsin GOP will use that drop in membership to argue that private sector workers deserve the same "choice." The poison pill for private sector unions likely be a model bill from the American Legislative Exchange Council (ALEC) with the Orwellian name of "right to work."

The "A" Team: Americans for Prosperity, ALEC and ACCE

So-called "right to work" laws allow non-union members to enjoy the benefits of union representation, like higher wages, improved working conditions and a voice in the workplace, but without paying the costs of that representation. Supporters of the measures say they want to give workers the "freedom" not to join a union, but studies have shown that wages are lower for both union and non-union members in states with right to work laws, workers are less likely to have health insurance and more likely to have dangerous work places.

Funding from the billionaire industrialists, Charles and David Koch, has found its way to a multitude of think tanks, advocacy organizations and legal centers, like the National Right to Work Committee, dedicated to destroying organized labor, the most powerful voice for average Americans in the workplace. 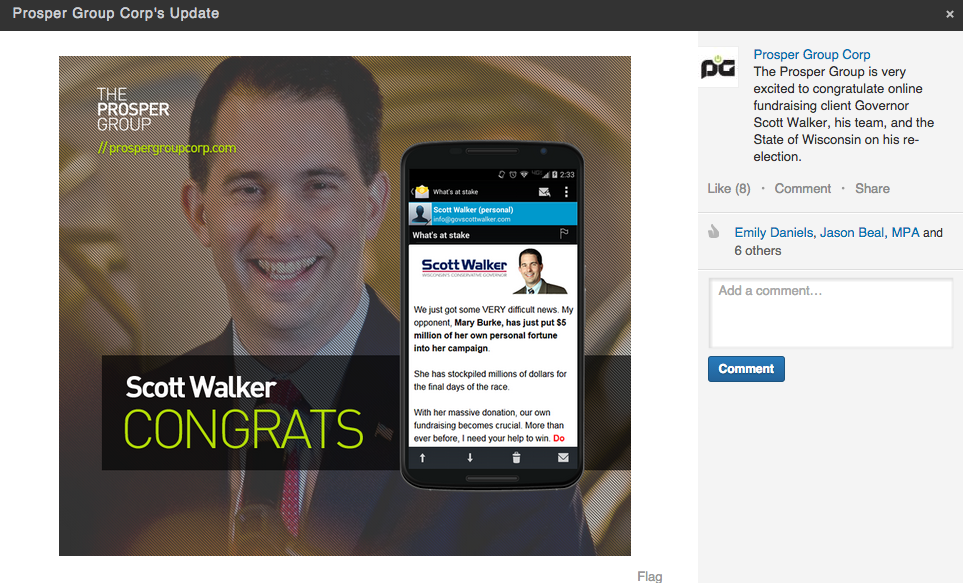 On December 1, a new organization calling itself "Wisconsin Right to Work," popped up in Wisconsin promising to "aggressively promote sound public policies and individual freedoms from a grassroots citizen engagement organization." The language is familiar to those who read press releases cranked out by David Koch's Americans for Prosperity (AFP) group, so it is no surprise that new group is led by Lorri Pickens, who has worked for the Koch brothers for years, most recently as AFP's Director of State Operations in Washington, D.C. Pickens was previously associate state director for AFP's Wisconsin chapter from 2005 until 2009. The group is organized as a 501(c)(4) "social welfare" organization designed to disguise its funders. The group's website was registered by Kurt Luidhart of the Indiana-based "Prosper Group," a GOP digital media firm that Walker's campaign hired in 2014 to run his online fundraising. Luidhart attended Walker's election night party, and has previously done contract work with David Koch's AFP.

The Kochs and AFP have spent over millions in recent years in support of Wisconsin's GOP leadership. AFP was very active in providing astroturf or phony grassroots support for right to work when the state of Michigan took it up, verbatim from the ALEC bill, in 2012.

Although AFP has said it is not behind the Wisconsin push, the legislation has long been a priority for the Kochs, whose funding network bankrolls AFP as well as ALEC and the American City and County Exchange (ACCE) the new ALEC-style entity for city and county level politicians.

ALEC and ACCE are meeting in Washington, D.C., this week for the annual "State and Nation" policy summit. CMD recently reported that the top of the agenda items at this week's meeting is state preemption of local ordinances to raise the wage and a new proposal fresh off the drawing board at the Koch-funded Heritage Foundation for local right to work laws.

While Walker repeatedly during the campaign that had no interest in further divisive union-busting measures, Wisconsin's two most powerful legislative leaders, both members of ALEC, quickly followed the announcement with words of support.

A spokeswoman for Senate Majority Leader Scott Fitzgerald told the Wisconsin State Journal: “Sen. Fitzgerald has previously expressed his openness to a discussion of making right-to-work legislation a priority for the upcoming legislative session." Assembly Speaker Robin Vos, the former ALEC state chair for Wisconsin, said earlier this year that right to work was not on the agenda for 2015, but celebrated the arrival of the group. “I have long been a supporter of right-to-work and drafted a proposal in the past,” Vos told the Racine Journal Times. “I look forward to a healthy discussion as the case is made for the benefits of being a right-to-work state."

The day after Wisconsin Right to Work launched, ALEC member Rep. Chris Kapenga announced that he would be introducing a right to work bill in 2015.

Lorri Pickens, the Executive Director of the Wisconsin Right to Work group, has long been active in Wisconsin politics. She was implicated in the 1997 campaign finance coordination probe that resulted in the harshest penalty ever levied for election violations in the state, and which established the legal precedent for the ongoing Walker criminal investigation.

Block would reemerge years later as the head of AFP-Wisconsin, with Lorri Pickens as associate director. Block later gained national attention in 2012 as Herman Cain's cigarette-puffing presidential campaign manager. (CMD has urged the IRS to investigate Block after leaked documents showed how he used one of his "prosperity" non-profit charities to help underwrite election campaign trips and CMD also uncloaked Block's web of for-profit and non-profit groups, dubbed the "Blocktopus.")

The Wisconsin Coalition for Voter Participation prosecution--and the 1999 Court of Appeals case that upheld it--set the stage for the criminal investigation into coordination between Walker's 2012 campaign and Wisconsin Club for Growth, an "independent" group led by Walker's top campaign advisor R.J. Johnson and longtime Koch associate Eric O'Keefe. O'Keefe has spent an enormous amount of money fighting the probe in state and federal courts and arguing, with limited success, that the Wisconsin Coalition for Voter Participation precedent is no longer valid.

Notably, Pickens worked for O'Keefe's Sam Adams Alliance between 2009 and 2010. The criminal investigation is currently stalled pending a decision from Wisconsin appellate courts.

Walker has publicly claimed that he has no intention of extending his anti-union effort to the private sector, even stating in 2012 that "private sector unions are our partners in job creation." Yet, Walker has sung a different tune when speaking to funders in private. Just days after Walker was first sworn-in as governor, he spoke frankly about his plans to "divide and conquer" Wisconsin unions in a taped conversation with billionaire GOP financier Diane Hendricks, which became public more than a year later. Hendricks gave Walker $500,000 for his 2012 recall effort, and gave $1 million to the Republican Party of Wisconsin in 2014.

Some Wisconsin ALEC members have been floating the idea of right to work since Republicans took control of the legislature in 2010.

In a December 2010 roundtable discussion, Majority Leader Senator Scott Fitzgerald, a former ALEC state chairman, was asked by Jeff Mayers of WisPolitics about making Wisconsin a right to work state.

Fitzgerald replied: "I just attended an American Legislative Exchange Council meeting and I was surprised about how much momentum there was in and around that discussion, nothing like I have seen before."

Many in the state feel under assault by out-of-state special interests. "Here we go again" was a common refrain.

Kevin Gundlach is the head of the South Central Federation of Labor, which represents private sector unions in the southern part of the state. "All year round, we knock on doors in South Central Wisconsin and we ask people what is on their minds. Never have I heard anyone say 'we need right to work'. People are worried about low wages, health care, benefits and making ends meet in this economy. Right to work will take us in the opposite direction from where people want to go."