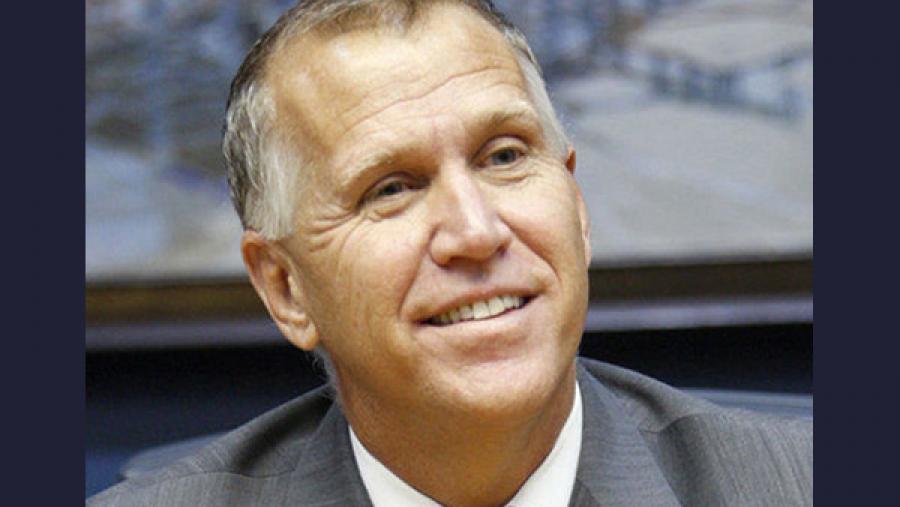 Spending is on track to surpass $100 million, according to the Christian Science Monitor. Nearly $8 million was spent there (in party and non-party independent spending) just in the last week, according to the Campaign Finance Institute.

Rep. Tillis' campaign launched an ad with the same allegations as FPAF's ad on the same day, according to Politico. Federal law prohibits candidates from coordinating with Super PACs. Both ads suggest that Hagan and her family personally profited from a grant given to her husband's firm under the 2009 federal stimulus law, which she supported.

Hagan, who is one of the U.S. Senate's wealthiest legislators, quickly responded with an ad rebutting the claim that her family personally profited.

The billionaire industrialist Koch brothers have long bankrolled the American Legislative Exchange Council (ALEC), the controversial gathering of legislators and lobbyists that supports anti-worker and anti-environmental policies and has lost over 90 corporate funders in recent years. In recent weeks, Google, Facebook, Microsoft, and other technology firms cut ties with ALEC, with several citing the group's hostility to renewable fuels and green energy. Google CEO Eric Schmidt claimed that groups like ALEC were "literally lying" about climate change.

Until now, the Koch political network has played the dark money game and bypassed donor disclosure laws by using nonprofits that run ads omitting words like "vote for" or "vote against." This year, they added a Super PAC to their repertoire, running ads expressly advocating for the defeat or election of candidates but disclosing some donors. Only donors who are willing to make their identities known will donate to the Super PAC. Those who want to remain secret will give to the Koch-tied Americans for Prosperity (AFP), which was set up to do phony "issue ads" during an election cycle that stop a hair short of endorcing a candidate.

The two Koch brothers gave $2 million each to FPAF in the third quarter of 2014, according to federal campaign reports examined by Politico. North Carolina-based Variety Stores, led by recent North Carolina state budget director and long-time Koch associate Art Pope, gave FPAF $400,000, according to the Associated Press. Pope has been called the "third Koch brother," having been recognized at the Kochs' exclusive 2011 retreat in Vail, Colorado for donating at least $1 million to Koch causes. He was on the board of AFP until recently and has spent millions funding conservative groups and right-wing politicians. Other donors are listed here.

Taken all together, reported outside group spending attacking Rep. Tillis or supporting Sen. Hagan -- $27.6 million -- is about even with that spent supporting Tillis or attacking Hagan -- $25.4 million -- according to CRP's OpenSecrets. But that doesn't include undisclosed spending by AFP, which had already spent $7 million on ads attacking Hagan early in the race -- without explicitly asking voters not to cast a ballot for her -- as of April 2014, as the Center for Media and Democracy (CMD) reported.

Rep. Tillis has been an active member of ALEC and one of just 23 state legislators from across the country to sit on its national board of directors. Tillis was named ALEC "state legislator of the year" in 2011. He has called ALEC "a great collaboration between legislators and businesses," according to the Charlotte News Observer.

Multiple ALEC bills have been introduced in North Carolina in recent years. Rep. Tillis has sponsored a number of them, including one he introduced in 2013 that contains some of the same language as ALEC's "Right to Work."

His participation at ALEC meetings connected him with a national network of high-powered corporations and donors. In addition to lobbyists from other giant fossil fuel, pharmaceutical, and tobacco firms, Koch Industries lobbyist Mike Morgan sits on ALEC's private sector "advisory council," which meets jointly with the board of directors on which Tillis sits. The Kochs' AFP and Americans for Prosperity Foundation are also ALEC funders. Tillis was named as a potential fundraiser for ALEC in internal documents released by The Guardian in December 2013.

Groups spending to oppose Tillis include the NEA Advocacy Fund, the super PAC affiliated with the teachers' union the National Education Association, which has spent nearly $3 million on ads attacking Tillis this year; and the Democratically-allied Senate Majority PAC, which has spent over $8.6 million.

The North Carolina Senate race is in a statistical dead heat, according to recent polls from High Point University and Public Policy Polling.