BREAKING NEWS - They're selling us another war on television. 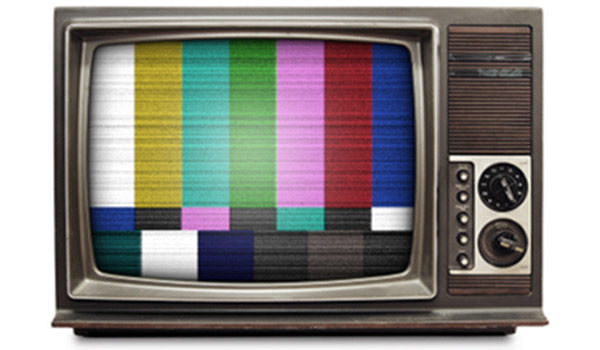 As a Washington media strategist, people ask me, "Who's offering alternatives to war on the Sunday morning news shows?" As reported by the New York Times, military analysts dominating the Sunday airwaves, marshaling support for war in the Middle East, have been ex-military employed by defense industry contractors profiting from war. They appear with current administration officials/apologists, former members of the Bush Iraq War team, and politicians scoring points by being for a war on ISIS but against the president.

Dissenting voices are few: Katrina vanden Heuvel, Editor of The Nation, Rep. Raul Grijalva and Michael Shank in The Guardian. But their viewpoint is often obliterated by the drumbeat of war. Or... they're simply not booked to appear.

Has television news failed us completely?

In today's 24-hour/7-day/22-minute news cycle, the repeated becomes the truth because everyone's saying it. The golden rule is -- those with the gold rule. In television, those spending the most money, control the media narrative.

But not that much has changed. In the beginning, television was an advertising agency dominated medium. Nothing went on the air that didn't please the sponsors. Sponsors had complete control.

Television stations were required to broadcast a percentage of public service programs to maintain their license to use the public's airwaves. Television news started in radio news and many radio war correspondents became television's first news faces. FDR was the first president to talk intimately to Americans on the radio. Television news was the next step.

Broadcast television quickly grew profitable through the model of advertiser domination. The big question for any program was, and still is -- who is going to pay for it?

In the golden age of television, broadcast news was not revenue justified -- the cost to report and produce the news often exceeded the advertising revenue it generated. It was considered a cost of business to maintain a broadcast license. And, it was correctly called a public service.

Early television became a fast-growing, highly profitable venture. Its business model was like early Las Vegas, where hotel coffee shops didn't need to make money as long as customers went through the casino to get to them.

So, without needing to justify its budget, television journalism thrived. But it wasn't a free ride for its reporters. Edward R. Murrow, the reporter who ended the communist witch-hunts of Senator Joseph McCarty, interviewed celebrities like Liberace on his very profitable program, Person to Person, to offset the cost of his investigative and editorial journalism.

But in the '60s and '70s as television matured, competition grew, talent costs increased and profit margins narrowed causing the owners to rethink their business model. Syndicated programming became more lucrative than broadcast programming (In the 1970s, when Roger Ailes (now head of FOX) produced the Mike Douglas Show from Philadelphia for Group W (Westinghouse Broadcasting), Mike Douglas earned more money from syndication than Johnny Carson on the network).

And just like Las Vegas changed under Howard Hughes and his bean counters, in television, soon owners demanded that every piece of broadcast real estate become revenue justified. And television news became a monetized commodity to maximize shareholder profit.

In 1978, Roone Arledge, then President of ABC Sports was also made President of ABC News. In an instant television news went from broadcast journalism to "the thrill of victory and the agony of defeat." This winners and losers mindset became the narrative model. And behind the scenes, TV station owners injected the influence of the yet-not-public Powell Memo into the bloodstream of network and local news.

And as the demand for news profitability grew, news divisions shrank. When Larry Tisch acquired CBS he famously said, "I love CBS News." After taking ownership, he fired 500 people and cut the budget by $50 million.

Flash forward to today. Why do military industrial companies, the Alliance for Natural Gas and their conservative corporate peers spend millions of advertising dollars on Sunday morning where the advertising expenditure is not directly revenue justified by audience size? They do it to create perceptions that control the media narrative and thereby shape public opinion.

Networks may claim that Sunday Shows encourage debate, but when we look at guests actually booked on those shows, they are predictably mostly to the political right and corporate center.

The remainder of cable news programming monetizes the partisan debate. FOX claimed the older conservative audience. MSNBC, which started as co-venture with Microsoft to bring a younger internet-savvy audience to news, began as a right-leaning, business-friendly channel. It became progressive when Keith Olbermann's rants caught on -- against the wishes of MSNBC's management. When Olbermann got ratings, MSNBC's "The Place for Politics" meme was born -- because it was profitable.

CNN has a partisan identity deficit -- as MSNBC and FOX have occupied the left and the right. So, CNN is the crisis channel. When there is international upheaval or catastrophic disaster, CNN is the go to network. At CNN, Shock and Awe in Iraq turned into dollars and cents in Atlanta. At CNN, war is good business.

So, where do we go from here? Will we ever have "real" news again? I doubt it. We now aggregate our own news; the news we want to see or read. The news today is what's trending on twitter.

But as a society we need impartial journalism now, more than ever. I believe that the more we see Jon Stewart/Stephen Colbert/John Oliver taking the mis-information media to task, the better it is for all of us. I believe that young people know that this partisan news system is broken and they will eventually create better news platforms.