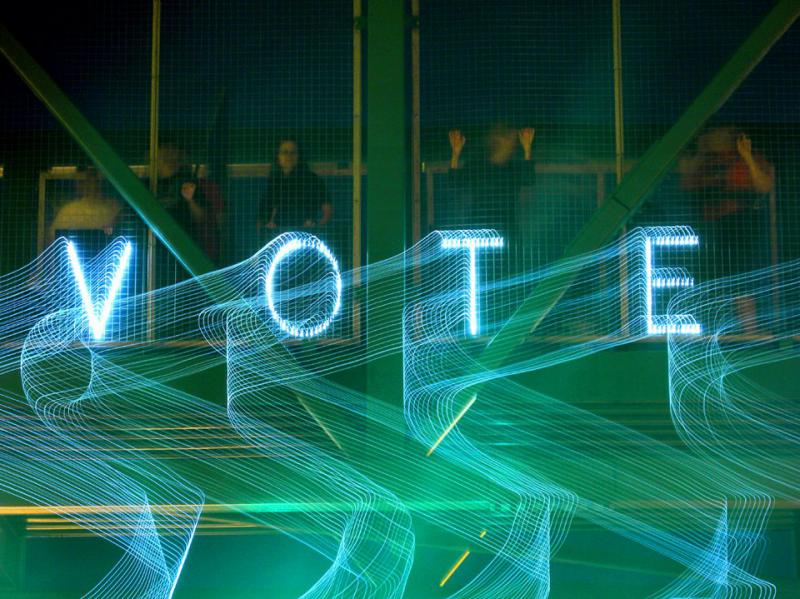 University-issued ID cards from most public universities will not be accepted as proof of identification at the polls, and tens of thousands of students will have to go through additional hurdles before election day if they want to exercise their right to vote. University students tend to vote for Democrats, and the voter ID law was pushed by Republican legislators.

The impact on students is one other ripple in the shockwave that the 7th Circuit sent across Wisconsin last week, when a panel of appellate judges -- all appointed by Republican presidents -- reinstated Wisconsin's voter ID law just seven weeks before election day. Federal district Judge Lynn Adelman had blocked the law in April as unconstitutional and violative of the Voting Rights Act.

More than 32,000 students from out of state attend public universities in Wisconsin, and are eligible to vote in the state, yet cannot use a driver's license from their home state to vote in November. Until the 7th Circuit's decision last week, out-of-state students had little reason to spend the time and money to obtain a Wisconsin ID card.

"When you are in a different state, your own state's license is valid as a form of ID," says Virginia Andersen, a graduate student at the University of Wisconsin-Madison who has a valid driver's license from Nebraska. "It doesn't make sense to get another license."

The ID cards issued by most Wisconsin universities do not meet the "proof of identification" requirement under the law, since they lack a student's signature.

"I have a valid Nebraska driver's license, and a Wisconsin student ID," Andersen says. "Now I need another ID card too?"

University officials have pledged to make available new ID cards that can be used to vote. On some campuses the voter ID card is available immediately; UW-Madison will begin issuing the card next week, and UW-Milwaukee will not do so until October 1.

Yet, Andersen said she has received no information from the university about what identification she will need to vote, and questions whether other students will jump through extra hoops before election day.

"Getting an ID is another task to add in to students' already busy schedules," Andersen says, which "could dissuade students from voting." Other students -- particularly those who've voted in past elections with their current forms of identification -- may not find out about the new requirements until election day, when it is too late, she said.

Judge Adelman's decision striking down the law -- which the 7th Circuit put on hold -- referred to expert testimony about the "calculus of voting," which is the dominant framework for analyzing voter turnout. "Under this framework, even small increases in the costs of voting can deter a person from voting, since the benefits of voting are slight," Judge Adelman wrote.

Going to the appropriate university building during midterms to pick up an extra ID card, exclusively for voting, creates extra hurdles for students to cast a ballot. Additionally, the law requires that students voting with a newly-issued university ID card must also bring additional documentation to the polls showing proof of enrollment, such as a tuition receipt.

Taken together, the Republican-backed law creates additional burdens that will be borne exclusively by students -- who tend to vote for Democrats.

"This is a thinly veiled attempt to dissuade certain populations from voting," Andersen said.

The American Legislative Exchange Council (ALEC) adopted its model Voter ID Act in 2009 following record turnout from students and people of color in the 2008 presidential race. After the 2010 elections gave Republicans new majorities in statehouses and governor's mansions across the country, ALEC-inspired voter ID bills were proposed in a majority of states, in most cases introduced or sponsored by ALEC legislative members. Wisconsin was no exception: the law passed in 2011, but was quickly blocked by courts -- until last week, when it was reinstated by the all-Republican 7th Circuit panel.

Overall, at least 300,000 voters across the state lack the forms of ID required under the law, and the Department of Motor Vehicles is unequipped to get IDs into their hands in the less than 48 days before November 4. Two-thirds of Wisconsin DMVs are only open two or three days per week, none are open later than 5pm, and only one is open on Saturday.

Governor Walker and Republican legislators who pushed for the law have claimed it is necessary to prevent voter fraud. Yet in-depth investigations by both Republican and Democratic prosecutors have found that the in-person fraud that voter ID could prevent occurs extremely rarely, if at all.

In other words, in-person voter fraud occurs at a statistically insignificant rate, yet the voter ID "solution" to this nearly non-existent problem could have a statistically significant impact on the outcome of the November election. Polls show that the governor's race is tied.

“There are three ways you win elections,” said John Ulin, an attorney who represented the challengers to the voter ID law. “You can turn out the people who support you. You can convince the people who are undecided to vote for you. Or you can try to suppress people who might vote against you. And the hucksters behind voter ID laws have decided to opt for that last option. That’s not the way our democracy is supposed to work.”

While rarely noted, the ID mandate has stripped the right to vote from a sizable number of the poor, elderly and disabled in small towns/rural counties throughout the state.Many (most?) of these don't have drivers' licenses, and have no way to get to the nearest offices where they can get the mandated voter IDs. I'm stunned that it wasn't determined illegal to implement policies that wrongly deny people the right to vote for (what comes down to)reasons of economic class. That is, if they have the money and means to drive, they retain their votes, but if not, they no longer have their fundamental rights as American citizens.