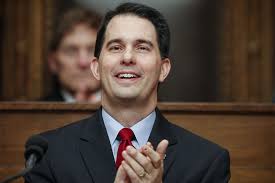 At a Federalist Society event in Washington D.C. last November, Wisconsin Governor Scott Walker called 7th Circuit Judge Diane Sykes “one of our favorite jurists,” and joked about appointing her to the U.S. Supreme Court if elected president.

“We are on the eve of an election,” Sykes said, indicating that she would like to immediately put one of Walker’s signature pieces of legislation in place for November’s vote.

“No court has ever allowed voter ID to got into effect this close to an election,” replied NAACP attorney Dale Ho, “even courts that have ultimately upheld” voter ID.

Hours after argument wrapped, Sykes and the two other Republican judges on the panel made history, and ordered Wisconsin's restrictive voter ID law to take effect immediately.

The case came to the 7th Circuit from an appeal of district court Judge Lynn Adelman’s decision in April striking down Wisconsin’s voter ID law as violative of the U.S. Constitution and Section 2 of the Voting Rights Act.

The NAACP, the League of United Latin American Citizens (LULAC), the American Civil Liberties Union (ACLU), and other groups had filed the challenge to Wisconsin's restrictive voter ID law, and presented evidence that 300,000 Wisconsin citizens without ID faced disenfranchisement, a disproportionate number of whom were people of color. The Wisconsin Department of Justice defended the law, but Walker’s chief legal counsel, Brian Hagedorn, sat with the state’s Assistant Attorneys General in the courtroom on Friday.

The appellate judges were randomly selected for the case, but their assignment was a serendipitous roll of the dice for Walker and the state’s voter ID supporters.

Regardless of which judges had been assigned, the outcome of the appeal was not a foregone conclusion, since Judge Adelman’s landmark ruling from April broke new legal ground.

His decision was the first to strike down a voter ID law under Section 2 of the Voting Rights Act, which still remains on the books after the U.S. Supreme Court last year struck down the pre-clearance provisions in Section 5. And it was one of the first to find a voter ID law violates the US Constitution in the wake of the U.S. Supreme Court’s 2008 decision in Crawford v. Marion County, which upheld the constitutionality of Indiana’s voter ID law.

Based on Friday's hearing and order reinstating the law, Judge Adelman's decision appears unlikely to survive review by the Republican 7th Circuit judges.

In April, Judge Adelman found that Wisconsin's voter ID law violated the U.S. Constitution -- coming to a different conclusion than the Supreme Court in Crawford -- based on extensive evidence of the voter ID law's impact on eligible Wisconsin voters, and the lack of evidence of voter fraud in the state. On balance, Adelman found, the burdens imposed on the voting rights of nearly 300,000 Wisconsin citizens who lack ID are not outweighed by the state interest in stopping a statistically insignificant rate of "fraud."

Yet Judge Sykes seemed to think that Adelman didn’t give enough weight to the state interest purportedly justifying voter ID.

“There is a clear statement from the Supreme Court that prevention of voter fraud is a legitimate state interest,” Sykes said.

“It might be legitimate in the abstract,” replied John Ulin, attorney for LULAC, “but here it doesn’t serve that interest,” since Adelman found that voter impersonation fraud is almost nonexistent in Wisconsin.

Easterbrook also questioned whether Adelman deviated from the Crawford decision.

"He took evidence and found the Supreme Court was wrong," Easterbrook said. "Is that the proper relationship between courts?"

Sykes also seemed convinced that the burdens associated with the voter ID law were limited, and didn't outweigh the state's purported interest in preventing "fraud."

In part this was based on a new rule making it easier to obtain an ID that were announced, for the first time, at oral argument by Wisconsin Assistant Attorney General Clayton Kawski.

Kawski said the rule was available on the state's website, but Easterbrook struggled to find it. "I can only find a press release," he said.

Even without seeing the new rule's text, Sykes seemed convinced that the state's last minute move eliminated the burdens associated with the law, literally overnight.

During oral arguments Sykes appeared ready to disregard the findings of the district court about the law's burdens on Wisconsin voters, based on assurances that the Wisconsin Department of Motor Vehicles (DMV) would accept a wider range of documents to obtain an identification card without charge.

“This is the first we’ve heard of the new rules,” the NAACP's Ho replied, advising the court to avoid making a decision based on “last minute information.” A decision based on the new evidence “is best resolved by the district court,” he noted.

The rules were issued in response to a Wisconsin Supreme Court decision upholding the voter ID law in July (although the law remained blocked under Adelman's federal decision). As part of that ruling, the state supreme court’s Republican majority crafted a “saving construction” of DMV administrative rules to try eliminating costs associated with obtaining the underlying documents needed for ID, such as birth certificates.

The NAACP's Ho argued against regarding the new rule as a tipping point that erases the law's burdens and renders it constitutional. The rule has not been implemented, and puts the DMV -- hardly a model of efficiency and dependability -- in the position of deciding whether a person will be given the ID they need to vote.

“The DMV is not the proper safeguard of the most fundamental right in our democracy,” he said.

Hours later, the panel nonetheless found that the new procedures for the DMV all but eliminated the law's burdens on hundreds of thousands of voters.

The new rule "reduces the likelihood of irreparable injury, and it also changes the balance of equities and thus the propriety of federal injunctive relief," the 7th Circuit panel wrote in its order lifting the voter ID injunction. "The panel has concluded that the state’s probability of success on the merits of this appeal is sufficiently great that the state should be allowed to implement its law, pending further order of this court."

The court also seemed skeptical of Judge Adelman's application of Section 2 to the case.

Judge Easterbrook dismissed Kawski's effort to downplay the law's impact on voters of color. The fact that people of color lacked ID and would be disproportionately affected by the law “is not a ‘likelihood,’ that is the bottom line,” he said. Yet, Easterbook wondered, how much of a racial disparity in a law's impact is too much, suggesting he disagreed with Adelman's approach.

The decision came the same day that the Milwaukee Journal Sentinel reported that Walker was consulted before controversial billboards declaring “Voter Fraud Is a Felony” were anonymously plastered across communities of color in Milwaukee before the 2012 recall elections. The billboards were widely decried as a form of voter intimidation and suppression, and were later revealed to be posted by Stephen Einhorn, a top Walker donor.

The billboards were funded by the Bradley Foundation, whose CEO, Michael Grebe, is Walker’s campaign co-chair.