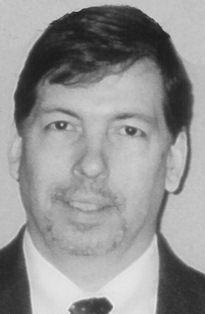 The description of alleged "raids" of private homes in Wisconsin's John Doe criminal dark money investigation has captured the imagination of Republicans across the country as supposed evidence of the investigation's political motivations.

But in recent court filings, prosecutors note that the individual challenging the John Doe in federal court, Wisconsin Club for Growth (WCFG) director Eric O'Keefe, never had his home "raided" or searched. He only received a subpoena to disclose WCFG records from March 1, 2009, until the present.

The search warrants were instead executed on the homes of Wisconsin Club for Growth "consultant" (and top Scott Walker campaign advisor) R.J. Johnson and his business partner Deborah Jordahl.

This could mean at least one "raid" that has caused so much consternation among Republicans happened on the watch of Republican sheriffs and prosecutors.

The John Doe investigation is officially a five-county effort, involving five District Attorneys from both the Republican and Democratic parties leading "parallel" John Doe investigations in their counties. This is the result of a 2007 law pushed by Republicans that requires campaign finance violations be prosecuted in the counties where defendants reside.

The Johnsons' home and the offices of Johnson's consulting firm, R.J. Johnson and Associates, are located in Randolph, Wisconsin, which spans Columbia and Dodge Counties. The County Sheriffs and District Attorneys in both counties are both Republicans. Johnson is not a named party in the federal lawsuit, although a broad ruling in favor of O'Keefe that shuts the investigation down would certainly help him.

O'Keefe omitted the Republican prosecutors (not to mention the Republican sheriffs) from his federal lawsuit alleging the investigation was motivated by political animus.

O'Keefe only named Milwaukee County District Attorney John Chisholm, a Democrat, and Special Prosecutor Francis Schmitz, whose party affiliation had been unknown but who has since told the court that he is a Republican and voted for Walker. O'Keefe also omitted the Iowa County Prosecutor who commenced the proceeding against him -- which, prosecutors argue, means that the lawsuit can't stop the probe into O'Keefe.

The revelations about the "raid" are part of recent filings from Chisholm in the U.S. Court of Appeals for the Seventh Circuit in Chicago, as part of an appeal of Judge Rudolph Randa's May 6 order halting the state criminal probe.

(Judge Randa, as the Center for Media and Democracy first uncovered, is a regular attendee at judicial junkets funded by the Koch family foundations and the Bradley Foundation).

Despite heated rhetoric about "armed raids," there is no evidence that the tactics used in the search were improper in the context of a criminal investigation.

"Generally speaking, if you're looking for documents, you don't call people up and say, 'We're coming to get your documents; be sure to clean up your hard drive,' just like you don't call people up to say, 'We're coming to get your heroin so you have time to flush it down the toilet,'" James Tierney, a former Democratic Maine attorney general who now studies state attorneys general at Columbia Law School in New York, told the Milwaukee Journal Sentinel.

According to court filings, the principal complaints about the Johnson search appear to be that deputies used bright searchlights outside of the home and that the Johnsons were not allowed to observe the search, neither of which are out-of-bounds for executing a criminal search warrant.

Johnson Is a Longtime Walker Associate

R.J. Johnson is a "consultant" with the Wisconsin Club for Growth regularly quoted as its spokesperson, and has long been a top Walker campaign advisor.

“In the political world, R.J. Johnson and I have worked together for more than two decades," Walker writes in the acknowledgements to his book Unintimidated. Walker's campaign paid Johnson's firm more than $130,000 between July 2009 and January 2012, according to campaign filings.

As Lisa Kaiser of the Shepherd Express has described, "a closer read of Walker’s book reveals that Johnson was advising the new governor at the same time Johnson was defending Club for Growth in the press." Quoting from the book, Kaiser notes:

“Not long after the unions made their announcement [on Feb. 18, 2011], my chief political strategist, R.J. Johnson, took me aside and said, ‘Governor, you’re in trouble,’” Walker wrote in Unintimidated about his dismal poll numbers.

Later, Walker claims that he was getting “killed in the air wars with the unions vastly outspending us in paid advertising. The situation was so bad that my chief political advisor, R.J. Johnson, called the Wisconsin airwaves a ‘no-fly zone’ for us, such was the union saturation.”

Although campaign finance statements show that Walker’s payments to Johnson stop in January 2012, Johnson appears in Walker’s book on the night he won his recall in June 2012. It seems that Walker’s wife, Tonette, wouldn’t believe that Walker won the election until Johnson, watching the voting results in Walker’s “war room,” confirmed it.

“She threw her arms around him and sobbed,” Walker wrote. “All the pressure of the past eighteen months came spilling out. Then R.J. started crying, too.”

WI Club for Growth at Center of Dark Money Web

In his extraordinary May 6 decision halting the probe, Judge Randa described the roles of O'Keefe and Johnson within WCFG accordingly:

"O‘Keefe raised funds nationwide to support issue advocacy in favor of [Act 10], and Johnson took an active role in creating WCFG‘s communications and, where appropriate, advising WCFG to direct funding to other organizations that would be better suited to publish communications strategically advantageous to advancing the Club‘s policy goals."

CMD first documented this network last November, describing how in 2011 O'Keefe's WCFG took in $12 million, some of it from dark money conduits like the Koch-connected Center to Protect Patient Rights and the Wellspring Committee, and in turn shuffled millions to other organizations that spent money on ads during Wisconsin's Supreme Court race and recall elections. WCFG engaged in a similar money shuffle in 2012.

Randa also wrote that "According to prosecutors, R.J. Johnson controlled WCFG and used it as a "hub" to coordinate fundraising and issue advocacy involving [Walker's campaign] and other 501(c)(4) organizations such as Citizens for a Strong America, Wisconsin Right to Life, and United Sportsmen of Wisconsin."

R.J. Johnson's Wife Is Treasurer of WCFG Arm Citizens for a Strong America

Johnson's wife Valerie was also involved, serving as treasurer of Citizens for a Strong America, one of the nonprofits basically entirely funded by Wisconsin Club for Growth in 2011 and 2012. According to the Milwaukee Journal Sentinel, Valerie Johnson "posted two notes on her Facebook page shortly after the raid citing the constitutional amendment protecting against unconstitutional searches and seizures."

For example, in 2011 Citizens for a Strong America provided 90 percent of the funding for Wisconsin Family Action, which spent around $850,000 on Senate recall races that year. Citizens for a Strong America also entirely funded the United Sportsmen of Wisconsin in 2011, a group with close Republican ties that became the subject of controversy in 2013 when it won and then lost a $500,000 taxpayer grant to promote hunting in the state, despite little experience with such activities. United Sportsmen's leadership overlapped with that of David Koch's Americans for Prosperity (and CMD's reporting on the group irked AFP's Chief Operating Officer Luke Hilgemann).

The president of Citizens for a Strong America is John Connors, who is also Director of Special Operations at the Franklin Center for Government and Public Integrity, whose "Wisconsin Reporter" website has written an astounding 80-plus stories thus far attacking the John Doe in a series it calls "Wisconsin's Secret War." Connors was working with Americans for Prosperity the same year he registered the Citizens for a Strong America website and began directing the funds that came into the group from WCFG. He also registered the Watchdog.org web domain.

Connors' Citizens for a Strong America has been subpoenaed in the John Doe, but Franklin Center/Wisconsin Reporter has not disclosed its ties to Connors or Citizens for a Strong America in its John Doe reporting. Additionally, Franklin Center/Wisconsin Reporter was first launched with funding from O'Keefe's Sam Adams Alliance, which the website also fails to regularly note.

Connors is also tied to the groups funded by Citizens for a Strong America, having worked as a consultant with Wisconsin Family Action and having registered the domain name for United Sportsmen.

The new John Doe filings also revealed that Milwaukee prosecutors are targeting an unnamed Milwaukee County resident. Connors has lived in Milwaukee County and his "J. Connors & Co." consulting firm is located in downtown Milwaukee, in the same office building as Americans for Prosperity Wisconsin, where Connors has worked (as CMD reported).

Additionally, a close Connors associate, Claire Milbrant, who has worked at J Connors & Co since its founding in 2009, was hired by the Franklin Center/Wisconsin Reporter in 2013 as Executive Assistant to the President. The Franklin Center's tax filings shows that it has paid $235,157 to Connors' Milwaukee-based consulting firm in 2011 and 2012; 2013 filings are not yet available.

It is not clear whether Connors or Milbrant are targets in the investigation.

Another detail revealed in the recent round of court filings show that prosecutors had sought to keep the probe secret to avoid publicity "because the individuals involved in this investigation are well placed.”

They were right to have been concerned.

Just weeks after prosecutors first issued subpoenas in the investigation, the O'Keefe- and Connors- linked Franklin Center/Wisconsin Reporter quoted unnamed sources with "proximity to the investigation" to break the news on some of the groups that had been subpoenaed. It also sought to recast the criminal probe as a "taxpayer-funded, opposition-research campaign.” Franklin Center/Wisconsin Reporter has gone on to write 80 more stories (and counting) without disclosing its close ties to those under investigation.

A few weeks later, O'Keefe violated the secrecy order and spoke with the Wall Street Journal editorial board, which revealed more information about the investigation and asserted that the John Doe was a "Political Speech Raid." The national right-wing outlet has since written around ten editorials on the John Doe, including two more recently to try to deter Walker from reaching a settlement in the investigation.

Others have also jumped into the fray. Right-wing commentator George Will used his Washington Post column to attack the probe last month. Will is on the board of directors of the Bradley Foundation, which in 2005 awarded him a $250,000 "Bradley Prize." Bradley's president and CEO, Michael Grebe, was Walker's 2010 and 2012 political campaign chair.

Bradley also gave $480,400 to the Franklin Center between 2010 and 2012, $380,400 of which was described as focused on "state-based reporting efforts in Wisconsin" and "to support Wisconsin Reporter."