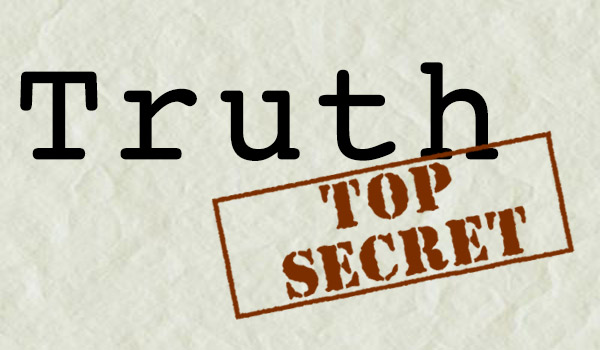 After months of railing against the secrecy necessitated by Wisconsin's dark money criminal investigation, Wisconsin Club for Growth (WCFG) is now fighting to keep hundreds of documents in the probe secret.

Media groups are seeking to unseal documents in Wisconsin's long-running "John Doe" criminal probe into allegedly illegal coordination between political campaigns (including Governor Scott Walker's 2012 recall campaign) and non-profit groups like WCFG that spent millions during the state's recall elections. Prosecutors agreed that the materials should become public, but WCFG is seeking to suppress the evidence that gave rise to the probe.

"It is beyond irony that plaintiffs and their counsel now ask the Court to block media access to the documents that outline the investigation and detail the reasons why [WCFG's] conduct was subject to scrutiny," prosecutors wrote in a May 15 court filing asking that documents in the investigation be unsealed. All sides agree that personal information like social security and phone numbers should remain redacted.

WCFG and its director, Eric O'Keefe, filed a federal lawsuit against the state proceedings in February alleging that the investigation was a legally baseless "partisan witch hunt" designed to infringe on conservatives' First Amendment rights. O'Keefe also launched a full-out media offensive, avowing that he and others under investigation had done nothing wrong, and attacking the John Doe's secrecy as evidence of prosecutors' malevolence.

Yet WCFG is now asking the federal court to suppress the hundreds of pages evidence that led both Republican and Democratic prosecutors to suspect wrongdoing.

"The plaintiffs’ selection of documents [to withhold] could not have been more surgical in preventing the public from understanding this lawsuit, nor could their motivation for doing so be more transparent," prosecutors wrote.

The evidence that WCFG wants to keep secret would allow the public and press to assess whether the investigation was justified, or whether (as WCFG claims) it was motivated by partisan animus, prosecutors say.

Secrecy Is Oppressive, until It Benefits O'Keefe and WCFG

The purpose of secrecy in John Doe proceedings is to protect the identifies of those under investigation before charges are filed. And in fact, the identities of O'Keefe, WCFG, and the other groups under investigation were not revealed until last November, when O'Keefe chose to violate the John Doe secrecy order and to give the Wall Street Journal editorial board his version of events and reveal that he had been subpoenaed.

Ever since, the probe's secrecy has been a rallying cry for O'Keefe and his right-wing media supporters.

"This secret investigation and gag order on conservative activists is intended to stop their political successes in Wisconsin," O'Keefe said in January, when it filed the federal suit. "The state cannot be allowed to silence political speech it does not like."

In a statement to Wisconsin Reporter earlier this month, WCFG attorney David Rivkin said, “since the left can’t win at the ballot box, they secretly resort to the illegal use of government power — ‘dark power’ — to go after those who do not agree with them."

Yet now it is WCFG seeking to suppress the information that might allow the public to decide for themselves whether the John Doe was warranted.

WCFG and O'Keefe "are asking the court to unseal every document except those documents that support the investigation and the defendants' legal defenses in this lawsuit," wrote Nickel's attorney.

The John Doe's secrecy has been exploited by targets of the investigation, who have filled an information vacuum through a series of strategic leaks, and have exploited this one-sided information flow to recast the probe as "an abuse of prosecutorial powers" led by malevolent prosecutors.

Most of the information that the public knows about the John Doe has come from O'Keefe and others under investigation leaking to friendly outlets like the Wall Street Journal editorial board (which included Club for Growth founder Stephen Moore), and the Franklin Center for Government & Public Integrity's Wisconsin Reporter, which has cited unnamed sources to break news and criticize the investigation in its 65-part-and-counting series called "Wisconsin's Secret War."

As CMD has documented, Franklin Center was launched by O'Keefe, and its Director of Special Projects, John Connors, is president of Citizens for a Strong America, another group subpoeaned in the John Doe. Citizens for a Strong America is also entirely funded by O'Keefe's WCFG. These are facts that Franklin Center and its Wisconsin Reporter website routinely fail to disclose.

Ironically, the federal judge hearing O'Keefe's challenge, Judge Rudolph Randa -- a George W. Bush appointee and a member of the Board of Advisors to the Milwakee Federalist Society -- cited Wisconsin Reporter's conflicted reporting as fact in his May 6 decision halting the John Doe probe.

The facts of the case suggest the evidence that WCFG seeks to suppress is compelling.

Based on the evidence of illegal activity gathered by the John Doe prosecutors -- and which WCFG is trying to keep secret -- Wisconsin's bipartisan Government Accountability Board unanimously approved the investigation last year.

Relying on this evidence, five District Attorneys, both Republican and Democrat, agreed to lead the investigation in their counties, finding that it gave rise to suspicion of wrongdoing. The state's Republican Attorney General J.B. Van Hollen also didn't deny the legal and factual basis for the probe.

The evidence of wrongdoing was sufficiently compelling to convince Special Prosecutor Francis Schmitz -- who voted for Scott Walker in 2012, was on George W. Bush's shortlist for U.S. attorney, and served 29 years in the U.S. Army -- to lead the overall John Doe probe.

In its federal lawsuit, WCFG claims that the evidence is flimsy and doesn't justify the investigation against them. Yet in its effort to suppress the evidence, they "now seek to prevent the public from seeing the affidavit and attached exhibits that form the basis of their lawsuit," wrote Nickel's attorneys.

With Election Law Overhaul on Horizon, Release of Info on Coordination Is Vital

The importance of releasing this evidence is particularly pointed given that the Wisconsin legislature may soon undertake an overhaul of its campaign finance laws -- with legislative leaders indicating that they hope to legalize the coordination under investigation in the John Doe.

Federal law strictly prohibits coordination between federal political campaigns and groups running "issue ads" that name a candidate and air near elections. The U.S. Supreme Court has upheld this federal issue ad coordination ban, even as it has struck down other campaign finance regulations. And for years, Wisconsin courts and the state election board have similarly treated coordinated issue ads as a contribution under Wisconsin law.

A Seventh Circuit panel (separate from the panel reviewing the John Doe proceedings) recently struck down some Wisconsin campaign finance regulations that are no longer enforceable in the wake of several U.S. Supreme Court campaign finance decisions like Citizens United. Legislative leaders have since vowed to amend Wisconsin's election laws.

Assembly Speaker Robin Vos (R) has indicated that he would seek to explicitly allow coordination between candidates and groups running sham "issue ads" that don't expressly tell viewers to vote for or against a candidate.

Because "issue ad" groups can sidestep contribution and disclosure requirements, a politician coordinating with these groups could bypass clean election laws and solicit unlimited, secret donations. This would almost certainly lead to circumvention of campaign finance limits and new levels of corruption and secret money in Wisconsin politics, as the Milwaukee Journal Sentinel editorial board has noticed.

The legislature and the public need to know the details of the activities which gave rise to the John Doe investigation before they move to make it permissible.