Will the Last Person Out of Network News Please Turn Off the Lights? | PR Watch

Will the Last Person Out of Network News Please Turn Off the Lights? 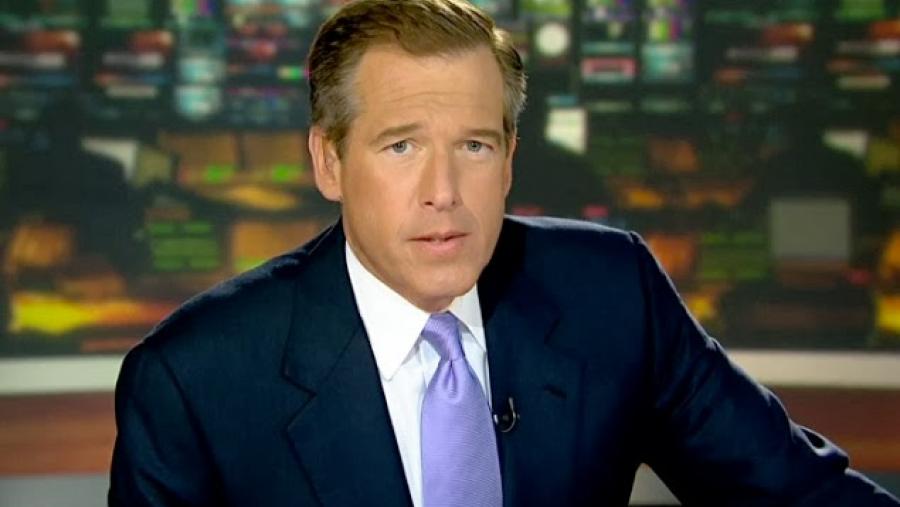 Why did it happen? Brian Williams was the number one anchor. And now he is banished for six months – or forever. Who knows? He could come back. America loves a redemption story. But usually it involves finding religion. And I don’t think that’s how this story ends.

But what bothers me about this is not that Mr. Williams padded his resume in a Hemingway-esque way. It is the system that made him do it. The idea that he believed or was made to believe that his persona and brand were more important than the news he reported. And that his brand needed to be constantly burnished in the audience’s mind in order to stay at the top.

That’s the problem with our celebrity culture. In our world of fame, it isn’t the talent of the famous person that’s important. What can a Kardashian do? Fame is a carnivorous monster with an endless appetite. Fame is the ego’s crack cocaine. And the famous are always chasing the high. And when that famous person is a news anchor whose “talent” is being photogenic, reads a teleprompter well and looks good in a suit, its no wonder that they really need to pump themselves up to compete.

Back to poor Brian Williams. What happened?

Today, all entertainment personalities are easy targets for the fame monster. And whether we like it or not, news anchors are entertainment personalities that must make “good television.” They are just like the politicians they cover, only news anchors get elected nightly by the ratings in 15 minute increments. Can’t you hear the network executives looking at the nightly numbers saying:

So is it any wonder when a news broadcaster sees his face on the side of busses, and there are focus groups deciding if they like the color of his tie, that his ego gets inflated and takes over. He stops being a journalist and becomes a brand. And maintaining brand identity and brand presence is everything. When the selling of the news anchor is more important than the news he reports, journalism inevitably suffers. Mr. Williams said it very well when he stepped down, he became the story and that is a perversion of journalism.

I’ve often said that there are 5 stages in the circle of fame defined by the following statements/questions:

Now, the public trust of the news business has been broken by the force of celebrity. Corporate news marketing managers need a newscaster to be bigger than the story (think Anderson Cooper in a tee-shirt). And this tells us just how desperate the news business is. And they are desperate. Their numbers are plummeting. Young demographics are going down for all news broadcasts. And as the market continues to fragment, with more and more stand-alone channels on the internet, I circle back to the title – will the last person out of broadcast news please turn off the lights.

Let’s be clear. In the beginning of television, news was a public service provided by a station in order to justify their profiting from licensing the public airwaves. Ponder that for a moment in today’s world.

Yes I know, in the age of the internet one might say, what’s an airwave. Broadcast television was an era, and that era is long over. It was an era when broadcasters made our schedules for us, when the news was on at a certain time and we gathered around the television in the evening, watched the news, and then discussed it over dinner. We have long abandoned the yoke of broadcast time. With the advent of video tape we could watch any program any time and old news rituals were no longer relevant.

So we entered the era of the personality. We didn’t watch the news, we watched the anchor. Anchors were the news. In the beginning of television, broadcast news got it’s credibility from radio correspondents reporting WWII. These were voices that brought the war into American homes. Today we forget how radio changed the world. Humorist Fred Allen was asked which was more important radio or television and he said without hesitation, “Radio – that’s when furniture began to talk.”

In the fifties, television news came to life. It is much romanticized now as we look back at Edward R. Murrow. But commercial pressures existed then as well. Even Murrow had to interview Liberace at home to revenue justify his pursuit of Senator Joseph McCarthy.

During the Vietnam war television news brought images of bodybags to our dinner tables. It changed public opinion about the war. But we got inured from these images. As a nation, we could learn to watch the carnage of Vietnam and say pass the mashed potatoes.

We didn’t know it but the news was lost. We were jaded by what we had seen. And then came the 24 hour news channel that made everything news. But was it? The entire world watched the OJ car chase in real time. Why? Was it important? Hardly. News became a profitable distraction.

Today, news broadcasts are virtually unwatched by younger audiences. Why would they tune in? What’s in it for them? They have already seen the news - when it happened - on their mobile device. Social media moves the news instantly. By the time network news reports a story – the Arab Spring is the Arab Fall.

Joel Silberman is a distinguished media critic, expert, and strategist as well as a partner at Democracy Partners.

This article was first published at attn: as "How Newscasters Have Sadly Become Bigger Than the News."