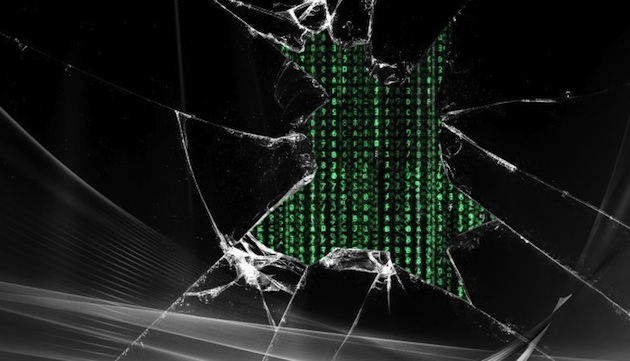 FCC Chairman Tom Wheeler wants you to calm down.

A firestorm of public outrage flared up after his latest plans to permit a pay-to-play Internet leaked. The Federal Communications Commission lit up with angry phone calls, irate emails, and a lot (I mean a lot) of bad press.

In a speech on Wednesday at the big "Cable Show" in Los Angeles, Wheeler had this to say to his former industry colleagues: "Reports that we are gutting the open Internet rules are incorrect. I am here to say wait a minute. Put away the party hats."

And in a blog post on the FCC website, Wheeler claimed that the many critics of his plan are "misinformed."

Does that mean that it's time for Net Neutrality fans to put down their pitchforks?

Hell, no. It's time to get even louder.

He Still Doesn't Get It

Try as he might to convince people that he's on the right course, Wheeler doesn't seem to grasp one basic problem: Encouraging online discrimination in the name of the open Internet is unacceptable.

Yet that's exactly what his plan would do: allow Internet service providers to charge new fees to content companies for preferential treatment.

People aren't passing around petitions and drawing hilariously accurate cartoons because they're confused about his proposal. They understand all too well that his plan would create a payola Internet with fast lanes for the few that can pay the price.

The chairman claims he has no choice and that a January court ruling against the FCC pointed only one path forward -- to a world where online discrimination is de rigueur. He says he's making the best out of the FCC's remaining authority in this realm.

But that's where his defense falls apart. The court said the FCC must allow discrimination -- unless it reverses a 2002 decision and moves to reclassify broadband providers as common carriers under the law.

If the chairman truly wants to do right by the Internet and avoid losing another costly court battle, reclassifying broadband is the only viable option.

To be fair, it appears Wheeler really does think that splitting the Internet into fast and slow lanes is a bad thing. And he's adamant that he'll act to stop these bad practices. But under the legal approach he's clinging to, he can't actually do it. The court was clear: Unless you reclassify, you can't stop blocking or discrimination.

If Wheeler doesn't reclassify and continues down the wrong path, either the rules will be struck down when the FCC acts or, more likely, they'll never be enforced. And under the convoluted approach he's proposed, future FCC chairs who think differently than Wheeler does will be under zero obligation to take action.

Wheeler still insists that "all options are on the table." He's said he might move to reclassify broadband services if the FCC's third bite at the Net Neutrality apple doesn't work. But Title II of the Communications Act isn't something he can just hold in his back pocket to use at a later date. It's the law Congress intended to apply to these vital services so that users would be free to communicate without unjust discrimination.

The chairman's blog post made the odd claim that "the debate over our legal authority ... has so far produced nothing of permanence for the Internet."

Whose fault is that? It's the FCC that refuses to accept the best answer even after all its legal gymnastics to avoid reclassifying have been laughed out of court.

Reclassification is the approach on the strongest legal footing. Reclassifying broadband is also the only approach that puts the needs of Internet users first. Innovators need the certainty that comes with common carriage, not Wheeler's "just trust me" approach to stopping harmful behavior by AT&T, Comcast or Verizon.

I believe Wheeler thinks he's doing the right thing. But the future of the Internet can't be left to one man's supposedly good intentions.

You know what they say about roads paved with those: way more pitchforks than party hats.