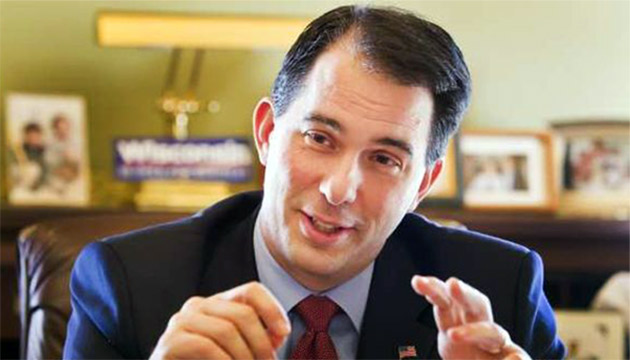 Wisconsin Governor Scott Walker is getting ready for his "State of the State" address tonight. On the menu? Tax cuts, tax cuts, and more tax cuts. Among the cuts, Walker will propose an income tax cut that will put about $58 bucks into people's pockets. Originally, he proposed getting rid of the income tax altogether in Wisconsin.

"We have a strong recovery but we want to make sure we don't leave anyone behind," Walker told the Wisconsin State Journal.

Recovery, what recovery? Wisconsin's economy is in a dead stall. According to the federal Bureau of Labor Statistics, Wisconsin ranks 37 in the nation in new job creation, falling from a "high" of 32. Only 23,000 jobs were added in the private sector June 2012 - June 2013. The nation as a whole and neighboring Minnesota added jobs at twice that rate.

If tax cuts created jobs, Wisconsin would be booming right now. After drastic budget cuts that killed jobs, crammed kids into classrooms, and raised tuitions across the state -- surprise! -- the state now has a $981 million surplus. Instead of aiding our schools or rebuilding our infrastructure, Walker is proposing tax cuts for the third time in less than a year that will go disproportionately to the wealthy. 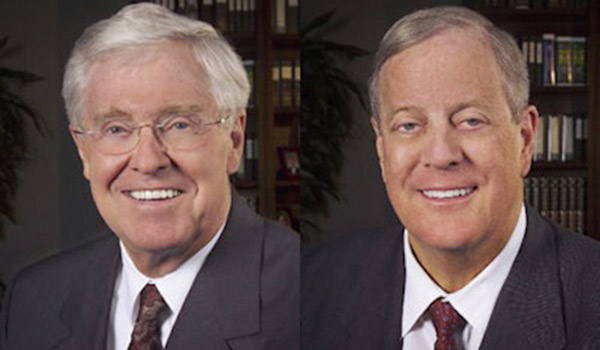 It is also in keeping with the prescriptions in ALEC's influential "Rich States Poor States" report which pays no mind to pesky stats coming out of the Bureau of Labor Statistics, but ranks states on ideological purity and its adherence to ALEC prescriptions.

Ten of the variables weighed by Rich States Poor States involve cutting taxes. You also get higher points if you fire public workers, bust unions, and keep the minimum wage as low as possible.

In Rich States Poor States, Wisconsin's lagging economy gets high marks, an astonishing 15 out of 50 states for its "Economic Outlook Rank." A new report is coming out in May that will rank our state even higher. (Perhaps election cycles and presidential aspiration will now become an actual variable on the chart?)

It's a report only the Koch Brothers would believe. So it comes as no surprise that the Koch's paid for it. This was one of the small, never-before-revealed tidbits buried in the document dump that accompanied the Guardian's three part expose on ALEC, spotted by the Milwaukee Journal Sentinel. The Claude R. Lambe Charitable Foundation, which is run by the Charles and David Koch, paid at least $150,000 in 2013 for the report as did the Searle Freedom Trust, another deep pocketed funder of far-right initiatives.

So when Walker says "tax cuts" for the 10th time in tonight's speech, you can thank the Kochs as they celebrate Wisconsin's job-free "recovery."