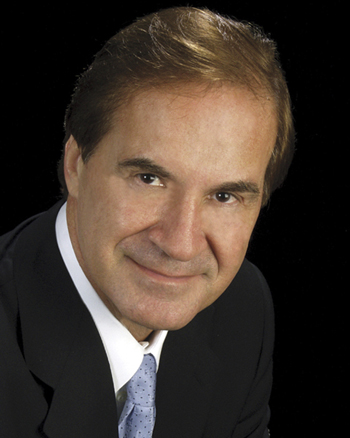 GEO Group's revenue in 2012 exceeded $1.4 billion and CMD estimates that 86% of this money came out of the pockets of taxpayers. CMD's investigation of GEO Group unearthed how the company's cost-cutting strategies lead to a vicious cycle where lower wages and benefits for workers, high employee turnover, insufficient training, and under-staffing results in poor oversight and mistreatment of detained persons, increased violence, and riots.

But according to SEC filings, top officials at the firm are doing just fine. From 2008-2012 George C. Zoley raked in $22 million in compensation. Thank you taxpayers!

Since its founding nearly 30 years ago, GEO Group has profited from federal and state policies that have led to a dramatic rise in incarceration and detention in the United States -- an increase of more than 500 percent over the past three decades. In recent years, with crime rates dropping and sentencing reform spreading, GEO Group has found a new way to keep its profits high: many of its contracts contain bed guarantees or "lock up quotas" that require that a state keep prisons full, and put taxpayers on the hook for empty beds.

For many years GEO Group participated in the task force of the American Legislative Exchange Council (ALEC) that pushed bills that lengthened time in prison, such as so-called "truth-in-sentencing" and "three strikes" legislation, as models for states to adopt across the nation. Today, locking up non-violent illegal immigrants is a new profit center for the firm.

"America's highest paid workers aren't your hardworking teachers, firefighters, or corrections officers. They are CEOs who take over public services and divert millions of tax dollars out of our local communities and into their pockets," said Lisa Graves, Executive Director of the Center for Media and Democracy.

Learn more about violence and abuse at GEO Group prisons at our GEO Group profile. Follow the conversation at #OutsourcingAmerica.

Looking forward to future profiles
This man may seem successful, however his Tacoma Washington Facility fails to meet the PBNDS, and is considered on of the "best ICE facilities". ICE, a Governmental Agency who has hired out GEO for Illegal and Excessive restraint of non-criminals is also notorious for international Human Rights Violations. I would caution ANY future business with this man, as his Business Practices and Partners are untrustworthy at best. I will be Publishing MY PERSONAL EXPERIENCES with this Man's "BUSINESS" for the United Nations to review, at Geneva. For now all I Caution is avoid this inhuman individual, his companies harms to me may drastically harm YOUR businesses/relations. ~ B.T. F.
My name is Ben. I applied for a detention officer at Geogroup in Conroe TX. I am qualify for the job. They ask for High School Diploma or GED. I have 2 years college degree. I have 20 years of experience working with young people from five to thirty years of age. I am bilingual. I have 10 years of management experience. I have seven years of experience working with high school and university students. I worked with disability, and ISS students. I went through all my interview process with all ICE agents, they were all nice agents. I met all the requirements for the position. When I went on my training at the facility, there were two trainers there one was very nice, confident of herself, excellent trainer, she showed me everything that I need to know about the job. Unfortunately, the second one is racist and anti-immigrants. As soon as she realized that I am a naturalized citizen, she treated as if I was of of the detainees. She lied against me. Mrs. Smith hated me to death.
What's going on here? We are professional people's. Same scenario happens to me here in Michigan with these two ladies from HR. Dept. Can someone get back at me at Floralora72@gmail.com or 616 2986007