The American Legislative Exchange Council (ALEC) is pushing a new "Obamacare kill bill" to thwart implementation of the Affordable Care Act on the state level, but the bill is based on a thin legal argument, and even some ALEC legislators are calling it "the nuclear option." 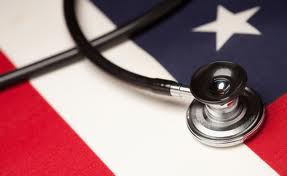 The "Healthcare Freedom Act," developed by Michael Cannon of the Cato Institute and adopted by ALEC as a "model" in August, is a risky maneuver. The legislation threatens to suspend the licenses of health insurers that accept subsidies under the Affordable Care Act, which Cannon and ALEC claim would effectively thwart the "employer mandate."

It is a surprisingly heavy-handed move for the purportedly pro-business ALEC. Republican state legislators would be forcing insurance companies to choose sides in a partisan policy debate over the Affordable Care Act, threatening to strip insurers of their licenses if they accept the federal subsidies to which they are entitled. And, the legislation is almost certain to be preempted by federal law.

After Cannon worked closely with Ohio lawmakers to draft the legislation and get it introduced in that state, the bill was brought to ALEC and adopted as a "model" at its August meeting in Chicago. The bill has also been introduced in Missouri.

But records from Ohio show that even many conservatives are apprehensive about the legislation. Athough states regulate insurance licenses, as a general rule, federal law trumps (or "preempts") state law.

"I do think that there are serious preemption issues" with the legislation, said Robert Alt, president of the right-wing Buckeye Institute, in an email to the bill's sponsor in Ohio, Rep. Ron Young. "I would be a bad witness for your bill."

Even ALEC legislators, many of whom benefit from insurance company campaign contributions, "doubt [the bill's] wisdom." Ohio state Rep. Bill Seitz, an ALEC board member, warned Rep. Young that "Shutting down ohios insurance companies seems to be an unnecessarily confrontational way to invalidate and render operationally ineffective the aca. They may just call your bluff and then we would be in a most unfortunate situation."

"The insurance companies are not blameless in the creation of Obamacare but singling them out by barring them from writing new business if they accept money to which fed law entitles them is a nuclear option."

The ALEC bill works like this. Under the Affordable Care Act, insurers receive subsidies to help offset costs of insuring more people at lower rates. Separately, businesses with more than 50 employees face a penalty if they don't offer health insurance.

According to Cannon: "if an employer doesn't purchase a government-prescribed level of health benefits, some of its workers may become eligible to purchase subsidized coverage through a health insurance 'exchange.' When the IRS issues the subsidy to an insurance company on behalf of one of those workers, that payment triggers penalties against the employer."

Therefore, Cannon, claims, the penalty is triggered only if an insurance company accepts federal subsidies. The solution? Prohibit insurance companies in the state from accepting subsidies, by threatening to suspend their license.

The problem is that the federal Affordable Care Act pretty clearly preempts states from implementing such a prohibition.

It is a creative legal argument, but a pretty thin reed for states to rely upon when setting up a "nuclear option."

Cannon -- called "Obamacare's single most relentless antagonist" by the New Republic -- also played a role in states' refusal to set up online healthcare exchanges in the first place.

This too was based on a novel legal interpretation. Cannon and Case Western University Professor Jonathan Adler have argued that the health care law was drafted in such a way that the section of the law offering individual subsidies -- the federal tax credits that help low-income individuals buy insurance -- applies only to a state-run exchange, but not a federally-run exchange. Without those subsidies, the law would likely collapse, since many low-income people could not afford coverage.

Cannon's argument would probably get him an "A" on a law school exam, but rests on a highly semantic reading of the legislation. Supporters of the healthcare law say that the lawmakers who drafted and approved the Affordable Care Act clearly understood that subsidies would be offered regardless of whether insurance was purchased through a state or federal exchange.

But Cannon's interpretation has caught on with state lawmakers set on killing "Obamacare." Cannon has been on a whirlwind tour over the past few years, visiting state lawmakers, appearing on talk radio, and pushing his theory throughout right-wing media. ALEC also hosted a conference call with Cannon and Adler to explain their theory to members of the Tax & Fiscal Policy Task Force. An unknown number of legislators in the 34 states that have opted-out of the exchanges were emboldened by Cannon's theory that such a move would thwart "Obamacare."

The Cannon and Adler position is at odds with that of the IRS, which has interpreted the law to provide tax credits regardless of whether an exchange is run by the states or the federal government. An agency interpretation usually settles the law, unless it is challenged, and Oklahoma is relying on Cannon and Adler's theory to do just that, although many legal scholars doubt the suit will be successful.

The "Healthcare Freedom Act" is based on a similarly thin argument. But its supporters won't tell you that the underlying legal argument is questionable. In fact, unless you are a Tea Partier, they won't even tell you what the bill is actually about.

ALEC recently told The Guardian that the "Healthcare Freedom Act" is not really about thwarting the Affordable Care Act, but merely a business-friendly way to free companies from the employer mandate.

"The [employer] mandate not only deters small business growth, but has led numerous public and private sector employers to restrict employee hours," said Sean Riley, head of ALEC's Health and Human Services Task Force. "Because the mandate's fines are triggered by the availability of exchange subsidies, removing their availability -- as the model intends -- would remove the mandate, freeing employers to grow."

"Blocking the employer mandate will reduce the cost of business, thus allowing Ohio firms to expand and be more competitive," reads a set of promotional materials from the bill's sponsors.

But the bill's supporters are much more candid when speaking to right-wing activists. Earlier this year, Rep. Young told the right-wing Association of American Physicians and Surgeons (a group that has been described as "Glenn Beck with an MD") that the legislation "has come to be known among conservatives in the legislature as the 'Obamacare kill bill."

Correction: This article initially referred to the "Healthcare Freedom Act" as the "Freedom of Choice in Healthcare Act."