Just in time for Halloween, the Economic Policy Institute (EPI) has produced the most in-depth study yet conducted on the plethora of legislative initiatives pursued by the American Legislative Exchange Council and its allies to suppress wages and undermine the ability of low-wage and middle-wage workers to earn a decent living and support their families. 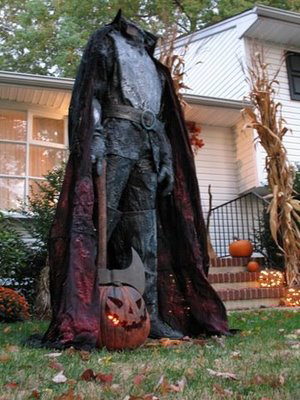 The Legislative Attack on American Wages and Labor Standards 2011-2012, and its 314 footnotes, document a systematic attack not only on unionized workers, but on the 90 percent of the American workforce with no union representation.

Among the key findings:

"This report highlights the many ways in which working families have been under attack at the state level. Let's be clear -- such attacks on American workers move us away from shared prosperity, and make our entire economy weaker at the end of the day," said Doug Hall, Director of the Economic Analysis and Research Network, who has authored dozens of studies on state level economic trends.

By documenting the similarities in how analogous bills have been advanced in multiple states, Lafer establishes the extent to which these measures have little to do with local economic conditions, but emanate from an economic and policy agenda fueled by a corporate lobby whose aim is to lower wages and labor standards across the country.

He cites the American Legislative Exchange Council (ALEC) as "the most important organization facilitating the work" of a coalition that includes the U.S. Chamber of Commerce, the National Restaurant Association, National Association of Manufacturers, as well as political entities such as the Club for Growth and the Koch brothers-backed Americans for Prosperity.

While champions of so-called "right to work" policies and other policies aimed at unions often characterize their efforts as a way to protect hardworking taxpayers, the study contends that these same legislators are making the lives of those taxpayers much more difficult by leading the charge to undo any upward pressure on wages, including eliminating prevailing wage, living wage, and even minimum wage laws and ordinances.

There are few laws that affect the lives of low-income workers more directly than the minimum wage. Lafer underscores the fact that ALEC promotes model legislation that calls for complete abolition of the minimum wage. ALEC argues that such laws "represent an unfunded mandate on business by the government" and that "forces of supply and demand are more capable than the government" in determining fair wages.

While Governors like Wisconsin's Scott Walker and Michigan's Rick Snyder have justified an array of measures that harmed workers as economically necessary in hard times, the Lafer study contends that most of the measures were not necessitated by economic conditions, but by politics.

"The state-by-state pattern of public employment cuts, pension rollbacks, and union busting makes little sense from an economic standpoint. But it becomes much more intelligible when understood as a political phenomenon," says Lafer.

He points to the fact that most of the measures originated in 11 states that fell under GOP control in 2010. These were not the states with the biggest budget shortfalls, but states that decided to balance their budgets on the backs of workers. He calculates that 71 percent of the job cuts to state workers were in states whose aggregate share of the state budget gap was very low -- 12 percent.

He makes clear that these are political choices and that these choices harm U.S. workers and the economy as a whole.

Interesting to see this article about greed and avarice. That is corporate and legislative greed and avarice. What has this nation come to? I think it almost qualifies as an oligarchy, not a republic, not a democracy. To think that members of state houses around the country would sell out the people they represent is awful, traitorous, un-American. ALEC exists only for the corporate interests of the USA and beyond. They are not elected officials, yet they continue to write legislation. Isn't that what the state representatives are supposed to do? Of course! I think ALEC is a corporate cancer on the face of the United States' legislative process and should be excised by the state voters around the country. Of course, print, social, television, and radio news media should expose ALEC's secret plan to take over the AMERICA we all say we love and want to protect. That's hard to accomplish since the media seem not to care. And those who claim their born-again Christian beliefs are a part of this. Now is that what Jesus would do. I think not.