This year's annual meeting of the American Legislative Exchange Council (ALEC) had fewer corporations listed as sponsoring that meeting for a seemingly smaller total amount of revenue.

Based on the sponsorship rates ALEC promoted earlier this year, the organization took in approximately $910,000 from firms specifically designated as "President" to "Trustee" level sponsors for its 40th Anniversary meeting compared with estimated revenue of approximately $1.2 million for the same level of sponsorships at last year's meeting in Salt Lake City.

These totals reflect the highest profile sponsorship levels promoted at the meeting, but ALEC obtained an additional amount of revenue from other event sponsorship opportunities for corporations and special interest groups, in addition to registration fees, booth fees for its convention, and other income sources. So its total revenue from this year's meeting is certainly greater than $1 million, and it is not known if some corporations funded ALEC's meeting at various sponsorship levels but chose not to have their names listed as sponsors in ALEC's brochure, or not.

ALEC's last publicly reported annual revenue amount from all sources (except for its so-called scholarship fund for trips to legislators, which is counted separately) was approximately $7 million. As CMD has documented, about 98% of ALEC's revenue comes from corporations and sources other than legislative dues. 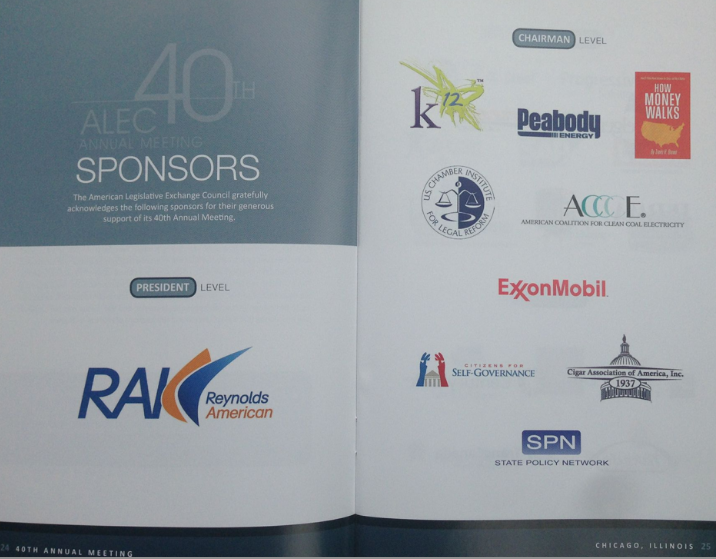 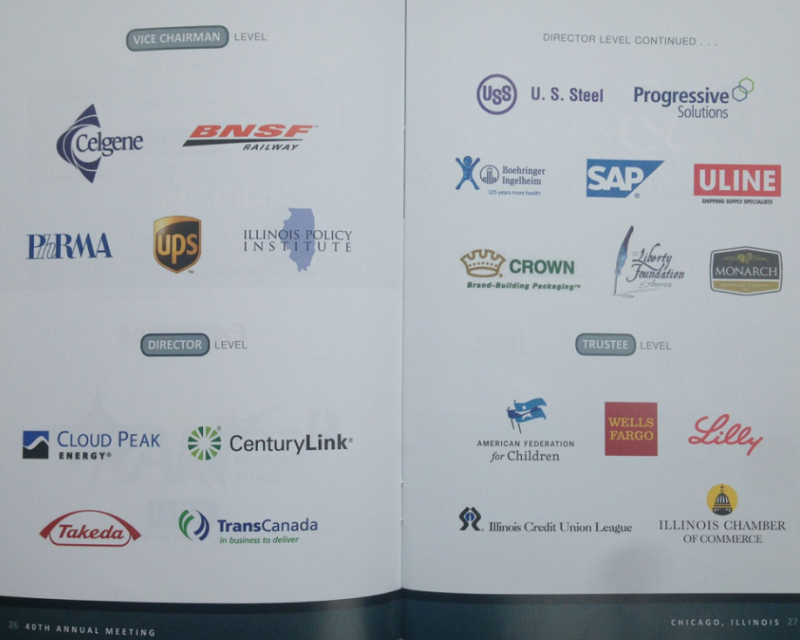 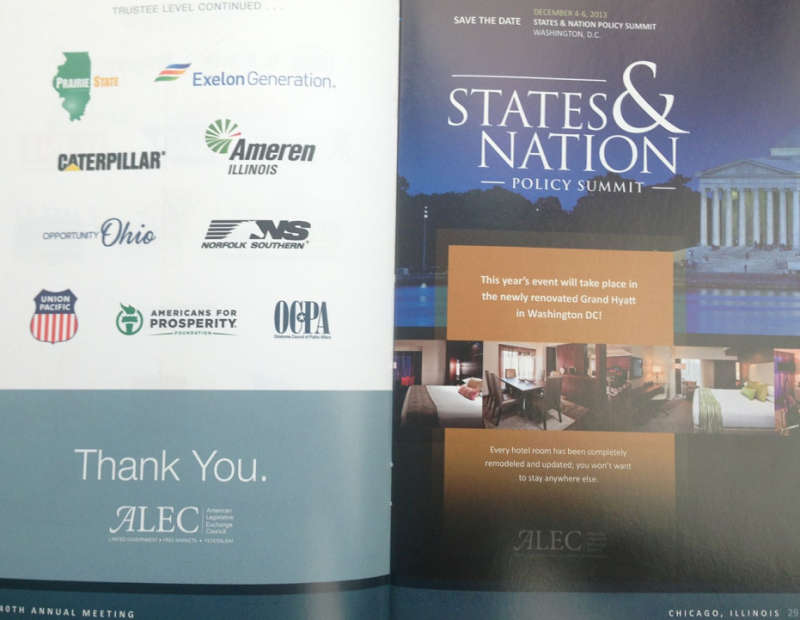 Here is the narrative version of these images:

A more detailed analysis of which special interest groups increased or decreased their corporate sponsorships for ALEC's annual meeting, their legislative agendas, and their history is available here. CMD's report on sponsors for ALEC's 2012 annual conference is available here, along with related images from that meeting.