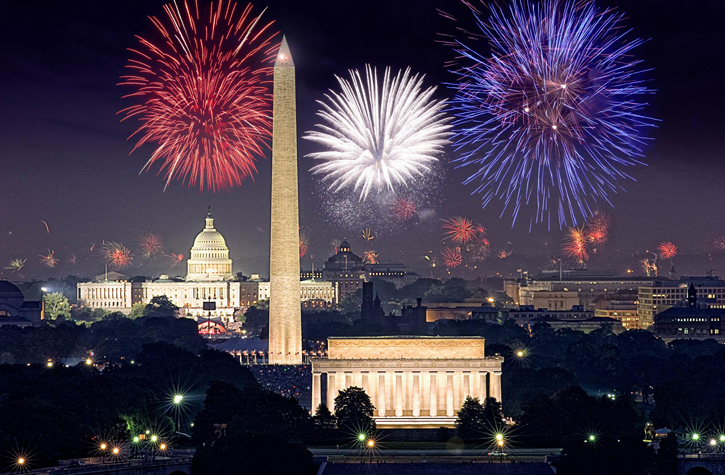 The Center for Media and Democracy exposed the Campaign to Fix the Debt as the most hypocritical corporate PR campaign in decades. The list of corporate CEOs pushing for a "Grand Bargain" on the deficit include some of the worst tax dodgers in the nation -- such as GE and Honeywell -- who are secretly using Fix the Debt to push for even more tax cuts. One goal is the implementation of a "territorial tax system" that would exempt certain firms from U.S. taxation of their offshore profits.

Worse, many Fix the Debt CEOs pontificate about the need for "entitlement reform" and cuts to Medicare and Social Security while underfunding their company pension plans (and of course enjoying gold-plated retirement packages themselves).

The best way to fix the debt, is to get America back to work, yet Fix the Debt embraces the Bowles-Simpson $4 trillion austerity package that the Economic Policy Institute has estimated would result in the loss of some 4 million jobs. In the latest incarnation of the B-S plan, Bowles and Simpson call for increasing interest rates on student loans and making changes to the law so that interest starts to accrue while your kid is still in college -- before they even graduate.

Somehow, the Can Kicks Back, the phony "millennial" arm of Fix the Debt, fails to mention these details as they run around the country trying to start fake chapters on college campuses and high schools.

But Fix the Debt has been playing defense since the CMD exposed the group in a Nation cover story in February and on-line wiki resource Petersonpyramid.org. The empirical evidence for austerity has been blown out of the water by a 29 year old Amherst graduate student, and even the IMF thinks austerity is a bad idea, pointing to Europe and other areas where it has not worked to grow economies. 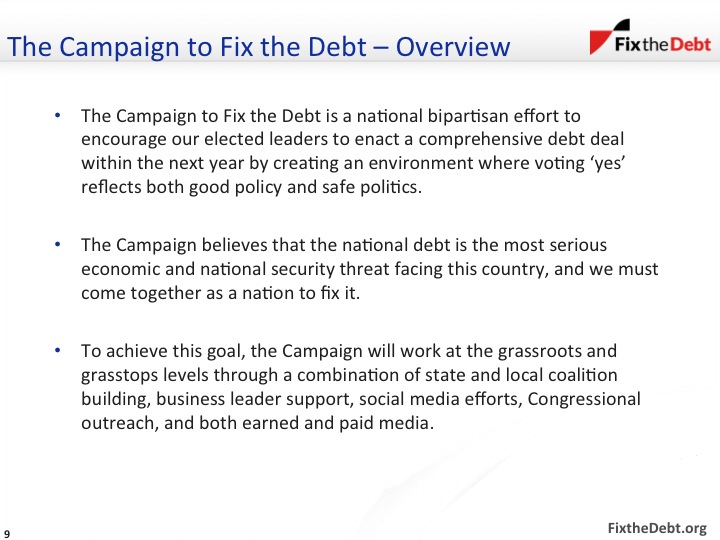 Congress is no closer to a "Grand Bargain" than they were at this time last year, and Fix the Debt has only gathered 3.5% of their 10 million signature goal. Fix the Debt spokesman Jon Romano admitted to CMD that most of the petition signatures the group did collect were not their own, but purchased from the petition site Change.org.

Unfortunately this is not the end of Fix the Debt. With millions in their pocket from corporate CEOs, the Peterson crowd will be back in the fall as the debt ceiling approaches with apocalyptic predictions of imminent doom. One Fix the Debt leader helpfully acknowledged that their job was to create "an artificial crisis" to get Congress to act.

Stay tuned and hold onto your pocketbooks. We have not seen the last of these summer soldiers and sunshine patriots.