The multinational conglomerate sent out a press release during the approach to Earth Day exclaiming that "modern farming is grounds for Earth Day celebration" because, it continues, "conservation tillage and no-till farming are responsible for significant environmental benefits often overlooked by Earth Day observers." These "no-till" farming techniques, which reduce erosion and fuel use, depend "on the ability to control weeds, demonstrating the importance of the 50-year-old herbicide atrazine." 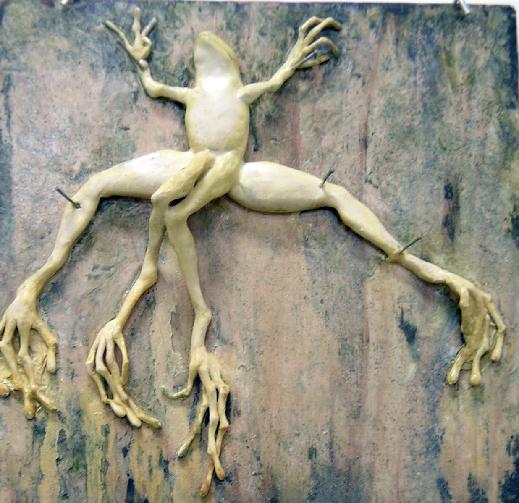 Some scientists, including agricultural economist John Ikerd and toxicologist Warren Porter, are not buying the "atrazine is great for Mother Earth" spin.

Syngenta, which reported over $13 billion in revenue in 2011, is the primary manufacturer of atrazine, which is commonly used to kill weeds in commodity crops, forests, and golf courses. As the Center for Media and Democracy (CMD) has reported as part of its "Atrazine Exposed" project, its potential harmful effects on human health have been documented since the 1990s. It has been banned in the European Union since 2004 as well as in some parts of the United States. However, it is still one of the most heavily used herbicides in the U.S.

Syngenta has spent millions on marketing, public relations (PR) campaigns, and lobbying to maintain its market and fight calls to phase atrazine out of use in the U.S.

Some of that money has gone to public university researchers. Dr. Paul Mitchell, Associate Professor of Agricultural and Applied Economics at University of Wisconsin - Madison has published two studies in tandem with other members of Syngenta's "Atrazine Benefits Team," funded by Syngenta. Those studies on the "economic benefits" of atrazine and other related herbicides in the triazine family are referenced in Syngenta's Earth Day press release.

When asked if he had examined other possible alternatives for reducing soil loss and carbon-dioxide emissions aside from the use of triazine herbicides, Dr. Mitchell said, "We were trying to estimate the benefits of atrazine. Just think about what would the world look like without atrazine, and then compare that to our current world. Well, if we didn't have atrazine, we would have more tillage. We tried to estimate what would that world with more tillage look like."

When asked if he had examined the potential costs of the use of atrazine, in addition to the supposed benefits, Dr. Mitchell said, "No, that wasn't my area. ... The company that hired me was interested in the benefits side..."

Dr. Warren Porter, Professor of Molecular and Environmental Toxicology at UW-Madison, has been studying some of atrazine's costs since the early 1990s. According to Dr. Porter, "There are neurological risks, learning disabilities, aggression level changes, immune suppression, and hormone changes like thyroid hormone. Probably the most significant and hot button thing that really has not been addressed yet ... is the impact of atrazine on the estrogen levels in the body, which [it] can elevate ..., as has been shown by many studies on animals, especially Tyrone Hayes' work at Berkeley."

Why is this significant? Porter continued, "What that feminization does when you elevate estrogen is to alter sexual development. He has male frogs with both ovaries and testes in them. Our society may be sexually assaulting our children before they're even born. ... What you're doing is you're not only changing the way they develop sexually, but you're also reducing their ability to reproduce."

A survey of scientific studies examining some of atrazine's potentially harmful effects on humans can be found here.

"It Certainly Casts Doubts About the Credibility"

When asked if he viewed Syngenta's support of your studies as a conflict of interest, or thought that it influenced the studies in any way, Dr. Mitchell said, "Basically, think about it this way: Who else would pay for the study? I mean, they provided us with data, and we did the analysis. In no way did we ever feel obligated to find a certain answer. They were just as much interested in trying to figure out what the benefits would be as well."

Dr. John Ikerd, Professor Emeritus of Agricultural Economics at the University of Missouri Columbia, has written extensively on how sustainable farming practices affect and are affected by industrialization, the environment, economics, and communities. When he read Dr. Mitchell's studies, he responded, "The study that I looked at depends, to a great extent, upon the credibility of Dr. Mitchell. And that's not saying anything personal about him at all. I think the very fact that it's stated in the footnote to the article in terms of credit that 'the author gratefully acknowledges the resources and support of Syngenta,' ... it certainly casts doubts about the credibility of the study overall."

The U.S. Environmental Protection Agency (EPA) is currently re-evaluating atrazine's human health effects based on its prevalence in drinking water. A recent petition helped induce the EPA to open a period of public commentary that concluded on November 14, 2011. All this activity has led to a renewed focus on Syngenta's lobbying and PR efforts in support of this dangerous chemical.

Dr. Ikerd commented, "There's growing pressure to ban the pesticide atrazine. Syngenta's motivation in this kind of study would be to try to mount a body of 'scientific' evidence that would refute the criticism that's being raised by other scientists. If nothing else, it'll raise confusion in the minds of the policymakers about whether or not they should move ahead with the proposed ban on atrazine."

Kathryn Gilje, co-director of the Pesticide Action Network of North America (PANNA), told CMD, "Syngenta backs certain studies and intimidates scientists that speak up on the harm they're finding with atrazine, which stymies the debate. And atrazine stays on the market until action is taken."

Dr. Ikerd continued, "History has shown that, when we've banned particular pesticides, that farmers are very ingenious in finding alternatives that tend to minimize any particular loss and tend to minimize the cost. So almost invariably, whenever we do analysis like this, particularly if it's done and presented by the industry that's trying to protect themselves against a ban, we find that the early estimates of the increase in cost, reduction in yield, and increasing cost to consumers is almost always an overestimate of what the impact will be."

Margaret Krome, Director of Public Policy for the Michael Fields Agricultural Institute, a Wisconsin non-profit organization whose mission is to cultivate the ecological, social, economic, and spiritual vitality of food and farming systems commented that there are "a wide variety of strategies" to reduce tillage without applying atrazine, "ranging from good crop rotations to cover crops... Sometimes it has to do with when you cultivate and how you can do that to reduce soil erosion when you cultivate. There are a number of different strategies."

Krome remarked, "It is of concern if we end up with research giving one side of the story, and particularly, the side of the story of the entities that have the most money and are marketing, so aggressively, their product without seeking balance." For more on Syngenta's funding of research, see CMD's "Atrazine Exposed" project on SourceWatch.org.

PANNA is sending a letter to the EPA asking the agency to revise its estimation of the risks of exposure to atrazine to incorporate the report of its internal Scientific Advisory Panel that there is "suggestive evidence" of atrazine's carcinogenicity. Members of the public can sign onto the letter here.