Atrazine and the Roots of ALEC's State Data Quality Act

The herbicide atrazine, one of the most heavily used herbicides in the United States has been found in almost 94 percent of U.S. groundwater and can harm human health in multiple ways. ALEC has promoted "model" legislation friendly to Syngenta, atrazine's primary manufacturer, across the country. At least once, this legislation was introduced to ALEC by a lobbyist paid by Syngenta. 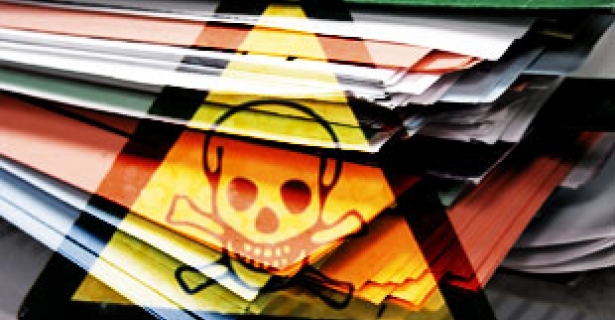 In 2000, as exposed by a front-page article in the Washington Post, a chemical industry lobbyist slipped a couple of lines of text into a federal appropriations bill "without congressional discussion or debate" that effectively changed the way chemicals are regulated. The amendment was called the "Data Quality Act." Jim Tozzi, an industry lobbyist, known as "the master craftsman when it comes to working the regulatory process," helped Phillip Morris fight proposed regulations. Tozzi is a former deputy administrator of the Office of Management and Budget (OMB) under President Ronald Reagan and a Washington lobbyist at the firm Multinational Business Services and head of the Center for Regulatory Effectiveness.

The Act opens up each federal agency to a petitioning process. In practice, this allows corporations with financial interest in weakening regulations to petition and challenge them through industry-funded science. In his book The Republican War on Science, journalist Chris Mooney explains that the Data Quality Act, "[a]s subsequently interpreted by the Bush administration, ... creates an unprecedented and cumbersome process by which government agencies must field complaints over the data, studies, and reports they release to the public. It is a science abuser's dream come true."

After giving the language to Rep. Jo Ann Emerson (R-MO) to insert into the massive "Treasury and General Government Appropriations Act," signed by lame duck President Bill Clinton on December 21, 2000, Tozzi took it straight to ALEC.

According to Bloomberg's Bureau of National Affairs Daily Environmental Report, in 2003, "two model bills that would echo the federal Data Quality Act [we]re being considered by the American Legislative Exchange Council, according to Jim Tozzi." Bloomberg wrote that Tozzi "presented the model state bills—a data quality bill and a data access bill—to the council for consideration in November [2003]." The Center for Media and Democracy (CMD) made ALEC's "State Data Quality Act" more accessible to the public in 2011 with its "ALECexposed.org" project.

The seeds Tozzi planted in ALEC's fertile ground, however, didn't bear much fruit in this case. State policymakers seem to have thought better of it.

In 2004, Michigan enacted a similar act, introduced by former Senator and ALEC member Valde Garcia (R-22), that established a "laboratory data quality assurance advisory council" within the state Department of Natural Resources but did not establish the controversial petition process to challenge state regulations on the basis of so-called "data quality."

Another similar bill, but again without the petition process contained in both the federal version and the ALEC "model," was introduced in Pennsylvania in 2007 by Sen. Edwin Erickson (R-26) but was blocked by former Governor Edward Rendell.

Jim Tozzi told CMD that neither the Michigan act nor the bill introduced in Pennsylvania are or would be "effective" as intended without the petition process.

This "model" bill remains in ALEC's "toolkit," however, as one of what Milton Friedman once referred to as "ideas that are lying around" that can be taken up in times of crisis. The Tozzi bill could be introduced by an ALEC member in any state at any time. Over the last year and a half, many previous ALEC bills that once lacked the votes to be implemented have been revived across the country in the wake of the 2010 elections.

Syngenta's Fingerprints on the Legislation 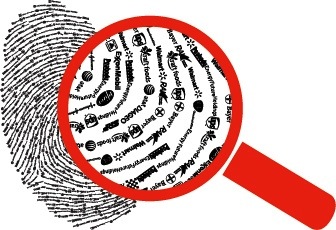 What did this have to do with Syngenta? According to the Washington Post, Syngenta and its allies filed a petition under the controversial "Data Quality Act" that "made a two-pronged attack on the effort to regulate atrazine more stringently. The first was to claim that the evidence for atrazine's gender-bending effects in frogs was not fully reproduced by other Syngenta-funded EcoRisk scientists. The second was to claim that the EPA did not have the proper test to prove atrazine had ill effects. ... [Tim] Pastoor, Syngenta's head of human safety, said the company helped finance the petition process through contributions to another of Tozzi's businesses, a firm called Multinational Business Services."

Syngenta's petition induced the EPA to add a single sentence to its final scientific assessment of atrazine in 2002, saying that hormone disruption could not be considered a "legitimate regulatory endpoint at this time" because the officially accepted test for measuring such disruption had been called into question by the petition. Those words "effectively rendered moot hundreds of pages of scientific evidence," according to the Washington Post.

Both the "Data Quality Act" and the petition were spearheaded by Tozzi. His firm, Multinational Business Services, was paid over $1.5 million by Syngenta over the last decade, as shown in documents exposed by CMD. These documents were made public by the court in state litigation by municipalities against Syngenta, demanding payment for the cost of carbon filtration systems to remove atrazine from drinking water supplies. (The documents end in 2011, but there is no indication that payments have ceased since the evidence was considered by the court.)

Before Novartis and AstraZeneca spun off their agricultural divisions in November 2000 in order to form Syngenta, both corporations were ALEC members. Other current or former ALEC members include CropLife America (a trade group which has received $11 million from Syngenta over the last decade), the American Tort Reform Association, the U.S. Chamber of Commerce's Institute for Legal Reform, and the Heartland Institute. All these groups have been referenced in discovery documents related to Syngenta's atrazine PR campaign.