Contamination of Natural Kaua'i: Rare Plants and Wildlife at Risk 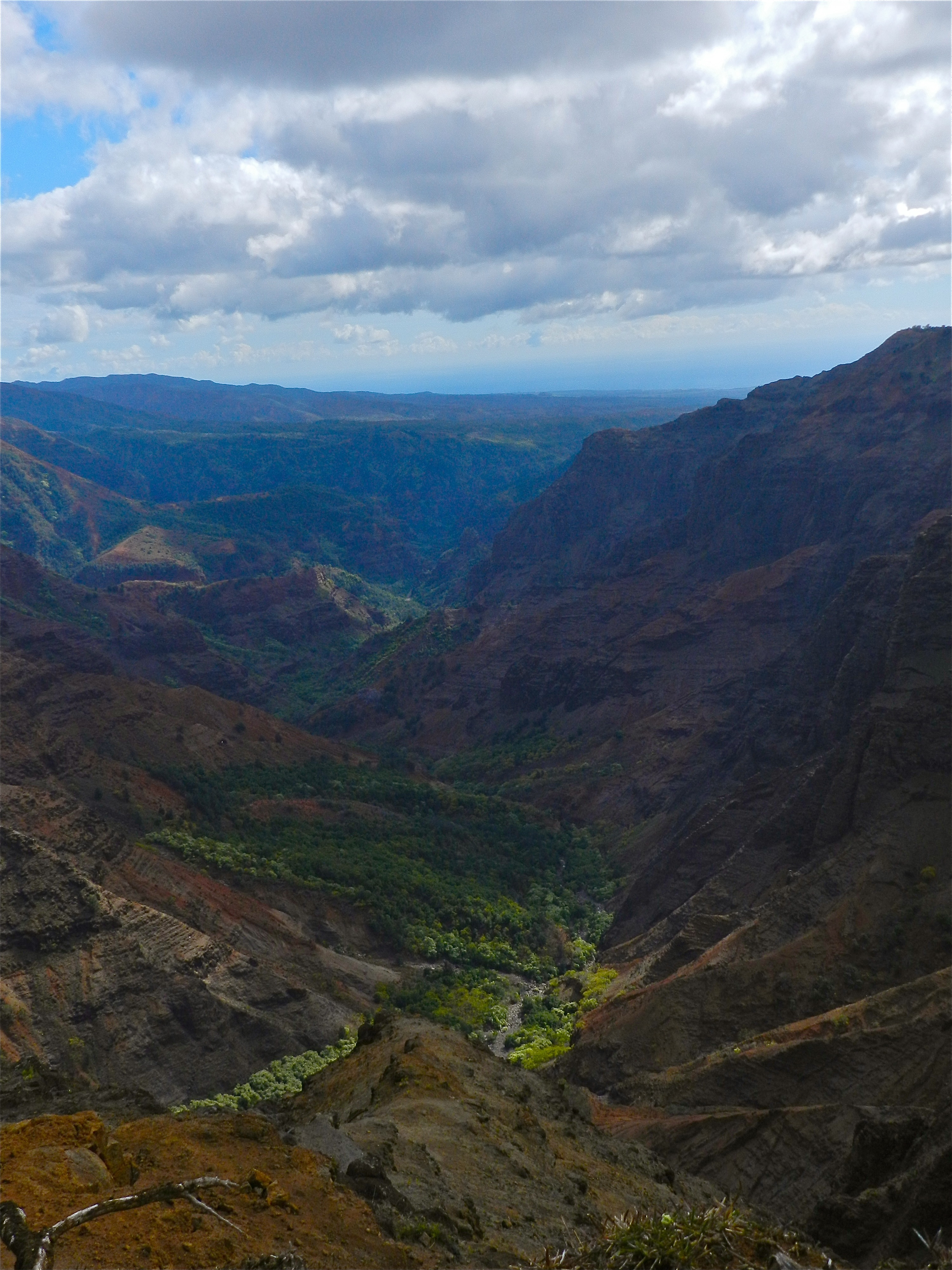 WAIMEA, HAWAI'I -- Given its fragile and unusually rich ecology, the Hawaiian island of Kaua'i seems ill-suited as a site for agricultural experiments that use heavy amounts of toxic chemicals. But four transnational corporations -- Syngenta, BASF Plant Science, DuPont Pioneer, and Dow AgroSciences -- have been doing just those kinds of experiments here for about two decades, extensively spraying pesticides on their GMO test fields. As a result, the landscape on the southwest corner of the island has become one of the most toxic chemical environments in all of American agriculture.

This poses serious risks for the people of Kaua'i, as I've documented, but even less noticed are the hazards posed to the unique flora and fauna of the island and the coral reefs just off its shores. Each of the seven highly toxic pesticides most commonly used by the GMO giants on Kaua'i (chlorpyrifos, paraquat, atrazine, permethrin, methomyl, alachlor and metolachlor) is known to be toxic to plants, wildlife, or both.

The isolated geography of Kaua'i has fostered the evolution of a great diversity of birds, bugs, and plants. Kaua'i has more unique species -- species that live only on the island -- than anywhere else in the world, according to Dr. Carl Berg, an ecologist and long-time advocate for clean water with the Kaua'i chapter of the Surfrider Foundation. Berg and others fear that these indigenous species are being put at great risk of extinction by exposure to the chemicals, although he says he has no idea of the extent of the damage. 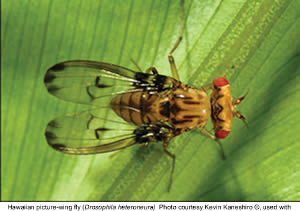 Forty-eight terrestrial species on Kaua'i are listed as threatened or endangered by the U.S. Fish and Wildlife Service, including two different species of the Hawaiian honeycreeper -- a small bird -- and the large Hawaiian picture-wing fly. Also, several protected marine species rest or breed on the island's beaches, including the highly endangered Hawaiian monk seal and the threatened green sea turtle. Occasionally, an endangered leatherback and hawksbill sea turtle will wander close in. A total of 17 different kinds of dolphins and whales swim through the island's harbors and bays.

To best understand the island's ecology, start at its highest point. Mount Waialeale, the island's central volcano, was born in a massive eruption six million years ago on the ocean floor and now stands 5,200 feet above sea level at its summit. Over the millennia, natural forces (wind, rain, volcanic eruptions) have carved a series of unique micro-ecosystems into the landscape, from the rain-swept mountain peak to the hot and dry southern coast. As you go down the mountain, the mix of unique species that fill each ecological niche changes dramatically every few feet, from the tropical rainforests dominated by the prized hardwood koa to the mist-shrouded swamp forests of lapalapa, a small endemic flowering shrub. 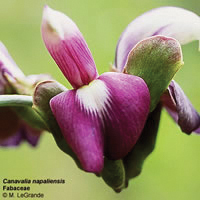 Mount Waialeale, one of the three rainiest places on earth, receives an average of 460 inches of rain per year, according to the National Climatic Data Center. The GMO test fields, located just 12 miles away near sea level, receive less than 20 inches of rainfall per year.

Steady trade winds, which blow in from the northeast, carry a cargo of pollen, birds, bugs, and other life forms to Kaua'i. And as winds whip around the island, they also kick up dust and agricultural chemicals and deposit them on top of the island's many native species and habitats.

The Waimea River is the lifeline connecting each micro-ecosystem. It begins its journey above the spectacular 3,000-foot-deep Waimea River Canyon (which some call the Grand Canyon of the Pacific), meanders down toward the lowlands, picking up polluted runoff from the fields where Dow and DuPont test their GMO crops, and then gently eases into the Pacific Ocean. Offshore, it deposits the polluted water on top of the coral reefs that form a ring around the island. 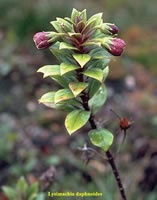 Underground rivers of water also contaminated with the chemicals follow a similar route to the sea, finally emerging from submerged springs that bubble up through the corals. The coral reef ecosystem, which includes the colorful coral, tiny reef fish, and seagrasses, is lodged between the polluted surface water and polluted groundwater like a waffle in a waffle iron.

Water quality tests show that the levels of chemical contamination in the river and groundwater are too low to violate drinking water standards, but are high enough to pose a hazard to aquatic life.

The amount of this pollution, while small, appears to be increasing. Water sampling results provided online by the U.S. Geological Survey show that the levels of atrazine, chlorpyrifos, and other pesticides in surface waters near Waimea increased nearly four-fold from 2012 to 2014.

Studies from Australia show that agricultural runoff tainted with atrazine and chlorpyrifos is harming corals and other aquatic life in the Great Barrier Reef, the world's largest coral reef ecosystem. No studies have been conducted to see if similar effects are occurring off Kaua'i.

Barely detectable levels of pesticides are enough to damage the coral, said Australian biologist Dr. Andrew Negri, who has written several papers on the issue. "As corals are symbiotic organisms, the insecticides are most likely to affect the host animal, whereas the herbicides can affect the symbiotic microalgae," which provide corals with energy, he said.

Later this month, the U.S. government is expected to add more than 60 types of reef-building corals to the endangered species list, including many from the Indo-Pacific oceanic region, such as the waters around Hawai'i and Kaua'i.

The courts have ruled that it is illegal for pesticide use to do harm to endangered species. The Endangered Species Act can be a powerful tool in the hands of environmental lawyers. In the 1990s, endangered species litigation was used to block many timber sales in spotted owl habitat in the dense old-growth forests of the Pacific Northwest.

No such lawsuits have been filed on behalf of Kaua'i's endangered wildlife -- so far.

This article is part of "What The Fork!?! Corporations and Democracy," a collaborative media effort investigating corporate control of our democracy and our dinner plates. Articles and radio pieces combine work of Making Contact, The Progressive, the Center for Media and Democracy (publisher of ALECexposed.org), and Food Democracy Now, along with reporting from Earth Island Journal, Grist, and Cascadia Times. Made possible in part by the Voqal Fund. Read stories and take action at wtfcorporations.com, and follow #wtfcorps and #BigAg on Twitter and Facebook.

Paul Koberstein is editor of Cascadia Times, an environmental journal published in Portland, Oregon. He is a former staff writer for Willamette Week and The Oregonian. In 2004, he won the John B. Oakes Award for distinguished environmental journalism for articles on the Northwestern Hawaiian Islands.