Vulture Capitalism Gets a Makeover 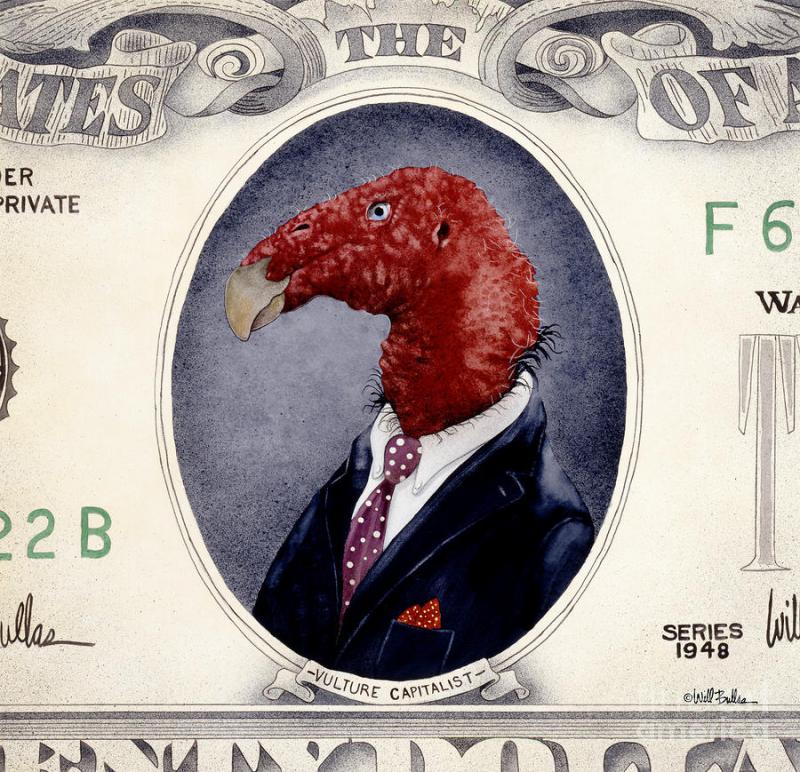 Private equity firms use the funds of their investors to buy up struggling companies. These companies are then retooled to enhance their perceived potential for profitability and are subsequently resold for a profit. Critics argue that private equity firms often force their corporate clients to cut jobs, increase their debt load or shut down solely to benefit the private equity firm's bottom line.

Steve Judge, the president and CEO of PEGCC, claims that the campaign seeks to dispel these concerns by highlighting the industry's "proven record of strengthening companies, creating jobs, and delivering impressive returns to pensions and other investors."

PEGCC has set up a website that will anchor the campaign that features resources intended to highlight the supposed benefits of the industry to the economy. Users of the site can find video links to anecdotal "success stories" of companies managed by private equity firms, a page to "get the facts" about the industry, and a blog that features positive portrayals of private equity in the media.

It comes as no surprise that the industry is ramping up its PR operations. Private equity companies have received an increasing amount of scrutiny from policymakers and the public in the wake of Mitt Romney's candidacy for the Republican presidential nomination. "There's a real difference between venture capitalism and vulture capitalism," Rick Perry told Fox News. Newt Gingrich took up the theme characterizing venture capitalists as "rich people figuring out clever legal ways to loot a company," and used that message against Romney with devastating effect in South Carolina.

Romney has adamantly defended his record at Bain Capital, a private equity firm. He claims to have created upwards of 100,000 jobs during his time there and touts the successes of the companies he managed. However, the Washington Post recently gave Romney "three Pinocchios" for these unsubstantiated job claims.

Moreover, Romney's track record suggests that he, like many other private equity managers, was willing to make companies lay off workers and take on huge amounts of debt to acquire short-term profits. When Bain took over an Illinois-based medical technology firm called Dade International in the mid-1990's, under Romney's leadership, the company laid off 1,700 workers and its debt increased by four-fold. Sales momentarily skyrocketed, so in 1999 Bain decided it was time to collect the $242 million it was owed from Dade. This hefty sum, combined with the debt that Dade had accumulated during Bain's management, proved to be an insurmountable financial burden. Just three years later, Dade was forced to file for bankruptcy.

Romney's time at Bain has also raised questions about his tax liability. His recently released tax returns showed that he earned much of his income from "carried interest," which is the share of the profits from companies that receive services from private equity managers. Instead of being taxed as ordinary income, like a salary or paycheck, carried interest is taxed at the capital gains rate of 15%. The top rate for ordinary income is taxed at 35%.

The justification for this preferential treatment is not apparent. A report by the Center for Budget and Policy Priorities points out that private equity managers do not actually invest their own capital in their corporate clients, so the tax break does not reward entrepreneurial risk-tasking in the way that the lower capital gains tax rate is intended to. Additionally, managers are receiving carried interest as compensation for services provided to the client. These facts suggest that carried interest be taxed as ordinary income, just like all other performance-based compensation.

Romney's returns showed that $12.9 million of his income was carried interest in 2010 and 2011, meaning that he paid $2.6 million less in taxes. This helps to explain how he managed to pay an effective tax rate of just 13.9% in those years.

President Obama is recommending that the carried interest tax break be removed. In his FY 2013 budget, which was released last week, he proposed that carried interest be taxed as ordinary income like all other performance-based compensation. Ending the tax break could amount to $13 billion over 10 years. Democratic Rep. Sander Levin of Michigan has put forward a bill that mirrors Obama's plan.

Not surprisingly, PEGCC has come out strongly against Obama's proposed reform, claiming that "the present tax-law treatment of carried interest is founded on sound and settled tax policies." The group seems to be gearing up for a big fight in Congress and in the press. In addition to the "Private Equity at Work" campaign, PEGCC's PAC has raised $267,115 during the 2012 election cycle, $98,122 of which has already been spent on primarily Republican candidates and causes. PEGCC can also be expected to deploy millions in lobbying expenditures in the next year. In each of the last two years PEGCC has spent more than $2 million to lobby Capitol Hill.

With Romney in the race for the long haul, the practices of the private equity industry will remain in the limelight. PEGCC will have its work cut out for it.