For years, the American Legislative Exchange Council (ALEC), has been itching to protect big corporations from high interest rates charged in cases where corporations have killed or injured Americans. Now, Wisconsin politicians serving on key ALEC task forces are pushing a bill embracing this idea as part of ALEC alumnus Scott Walker's latest effort to force the ALEC agenda into law based on claims that doing so will help "job creators."

Citizens Pay 12% but Companies that Injure or Kill Pay 4.25%

The bill, introduced by Wisconsin State Senator Rich Zipperer of Pewaukee and Representative Paul Farrow, also of Pewaukee, would reduce the interest rate on court-ordered payments for Wisconsin residents who have convinced a jury and a judge that a corporation injured them, killed their loved ones, or violated consumer protections guaranteed by law. Under current law, in almost all types of civil lawsuits, Wisconsin requires the losing party to pay 12% interest on the judgment, until the amount owed is paid in full or unless overturned on appeal.

But ALEC politicians Zipperer and Farrow want to slash the interest rate charged (to about 4.25%) -- but only in cases involving personal injury and consumer claims. By definition these are cases in which virtually the only time there will be a financial judgment is when a Wisconsin resident proves in court that the defendant company violated his or her rights. But when a corporation, such as a bank or leasing company, sues a citizen and wins, the Wisconsin citizen still has to pay interest at 12% until the bill is paid in full.

How does this aid job creation?

"Lowering the price of breaking the law doesn't target job creation or economic development," says Laura Dresser an economist from the Center on Wisconsin Strategy. To put it less academically, "the only jobs it creates are for undertakers," said Democratic Rep. Brett Hulsey at a press conference about the so-called job creation bill package. To call legislation that rewards adjudicated corporate wrongdoers "job creation" is simply spin.

The Zipperer-Farrow bill serves very special interests with their own special interest rate. It looks like ALEC's Pewaukee Posse -- a former estate lawyer and a current home inspector -- has taken a page from ALEC's "Prejudgment and Post-Judgment Act." That so-called "model" bill, which the Center for Media and Democracy exposed this summer through our ALECexposed.org project, would reduce the interest charged to corporations that kill or maim Americans.

This ALEC wish list item is a piece of the ALEC corporations' so-called "tort reform" agenda, an unabashed effort to tilt the scales of justice in favor of corporations in nearly every imaginable way. But Zipperer and Farrow have one-upped ALEC by adding consumer cases into the mix, on top of the cases involving Americans who have lost their lives or livelihood to corporate neglect, malfeasance, or greed. The Pewaukee Posse also tweaked the interest rate calculation of ALEC from using the Treasury bill rate to the prime rate plus one percent. These are differences without distinction -- both slash the interest rate paid by corporations that kill or maim. The Zipperer-Farrow bill is the ALEC bill on steroids by sweeping in all consumer cases in the state as well. 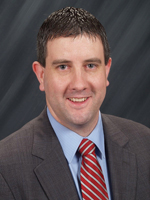 It should come as no surprise that Zipperer sits on the ALEC Civil Justice Task Force. "Civil justice," in this case, is an Orwellian term for giving corporations whose products or policies happen to ruin people's lives more "justice" in the judicial system than corporations get under longstanding rules that protect people done wrong by corporate greed or negligence. The "private sector" head of that task force is none other than the so-called "King of Tort Reform," Victor Schwarz, who has long advanced the interests of tobacco and asbestos companies that for decades deep-sixed scientific proof that their products were literally killing Americans.

Zipperer is also one of the politicians who asked Wisconsin taxpayers to pay the $50 bucks a year ALEC charges for politicians to be members. And he's received financial compensation of over $1000 from ALEC for at least one trip, likely to an ALEC gathering known for schmoozing with corporate lobbyists -- lobbyists interested in legislation just like the one Zipperer and Farrow introduced. Like Zipperer, Farrow is no ordinary member of ALEC. He was chosen to sit on its Telecommunications and Information Technology Task Force alongside lobbyists from AT&T and other companies that have been sued for policies and practices that take advantage of consumers.

Pfizer Lobbyist One of ALEC's Corporate Co-Chairs for Wisconsin

This is not the only bill being spun as job creation that has ALEC DNA and that would adversely affect injured Wisconsin residents. Another ALEC bill sponsored by Zipperer would limit the rights of Wisconsin residents to recover any damages in strict liability cases (the primary legal basis for cases involving injurious products) if they are injured by prescription or over-the-counter drugs. Like the special interest rate bill, the drug bill goes even further than the ALEC model -- adding in medical devices and barring lawsuits for drugs approved by the FDA, not just barring punitive damages for regulated drugs, ALEC policy since 1995.

Perhaps, it should come as no surprise that the latest corporate co-chair of ALEC assigned to the state of Wisconsin is none other than Pfizer through its lobbyist Bryon Wornson. The list of drugs Pfizer has gotten through the inadequate FDA review process only to recall them later is long. Last year, an intravenous drug it distributed was recalled because it "might kill" hospital patients. That's just the tip of the iceberg on unsafe products produced and recalled over the years by Pfizer, and Pfizer is just one of the many transnational corporations whose drugs or devices got through the FDA's process only to end up killing or causing life-threatening harm to American consumers.

"This proposal does nothing to help employ the people of Wisconsin and everything to help big-time, special interest drug company CEOs," says Phil Neuenfeldt of the state's AFL-CIO, speaking of the drug and device bill.

The interest rate bill and the drug and device bill are part of a package being considered under Governor Walker's "Special Session on Job Creation," but so far it's hard to spot the bills that actually focus on creating jobs.

The Pewaukee Posse has proven to be such eager sponsers of legislation with ALEC DNA that perhaps they will get gold stars, or "scholarships," from ALEC's new state co-chair Robyn Vos to attend coming ALEC conventions/vacations along with invitation-only parties hosted by global corps. Vos and his predecessor as ALEC state co-chair, Senate Leader Scott Fitzgerald, have been charged under ALEC by-laws with a "duty" to get ALEC bills introduced in their home states. ALEC's politician co-chairs also are tasked with distributing the largess raised by state corporate co-chairs, like Pfizer, from corporate coffers to fund trips for loyal legislators.

Zipperer has put his name and effort behind: SB-1, which echoes several ALEC provisions to limit the rights of Pewaukee residents and other citizens of Wisconsin killed or injured by corporations, including negligent nursing homes (signed into law by ALEC alum Walker); AB-7, the so-called "Voter ID" bill that may block tens of thousands of students and others from voting in 2012, and which includes provisions consistent with ALEC's model bill (made law by Walker); SB-10, a tax give-away that benefits Wall Street speculators, similar to ALEC's "capital gains tax elimination act"; and AB-94, which expands taxpayer subsidies for private schools, echoing ALEC's privatization agenda in its "parental choice" bills.

Farrow has also pushed bills echoing the ALEC voter suppression agenda, capital gains, and school privatization efforts, and has introduced even more ALEC-like bills than his Pewaukee brother, including bills limiting the use of transportation taxes and embracing the NRA's shoot first bill known as the "Castle Doctrine," which shares core concepts with a parallel ALEC bill urged by the NRA, the former ALEC Criminal Justice Task Force Co-Chair.

These lists do not include all of the other bills similar to the cookie cutter legislation flowing out of the ALEC bill factory that the Pewaukee Posse voted for or that ALEC Alum Scott Walker signed into law this year.

But their latest foray into advancing the corporate wish list, through their very special interest bill, goes even further than ALEC has dared by targeting not just Wisconsinites physically injured by corporations but also consumers statewide.