Over the past several years, insurers have been implementing a strategic plan to "migrate" (their term) all of their policyholders out of traditional indemnity and managed care plans into so-called "consumer-driven" plans, which feature high deductibles. They have been luring people into these plans by setting premiums for high-deductible plans lower than HMOs and PPOs, at least initially.

At first glance, these plans appear to be a good deal to a lot of people. Not only are the premiums relatively more affordable, but also the deductibles usually appear to be manageable -- again, at least at the outset. Insurers are aggressively marketing high-deductible plans, and one of the marketing ploys used by some of the biggest for-profit insurers is the "do-as-we-do" sales pitch. CIGNA and UnitedHealth started a trend in the industry a few years ago of going "full replacement," meaning they forced all of their employees out of their HMOs and PPOs and into high-deductible plans. They want their employer customers to do the same.

I was still serving as head of corporate communications at CIGNA when the company went full replacement. If we wanted to continue receiving subsidized coverage, we had no choice but to leave our HMOs and PPOs and enroll in a high-deductible plan. Many employees, especially those in jobs that paid far less than the executives who made the decision to go full replacement, protested to the human resources department, but to no avail.

One of the rationales for going full replacement is that if employers don't do that, workers who are older or who have chronic conditions requiring expensive care will stay in their low-deductible managed care plans rather than to switch voluntarily to a high-deductible plan -- at least as long as they have that choice.

As young and healthy people happily desert managed care plans for high-deductible options to take advantage of lower premiums, the folks who remain in the HMOs and PPOs will see their premiums skyrocket, eventually making those plans unaffordable for both employers and their workers.

Former California Insurance Commissioner and now Congressman John Garamendi saw this coming several years ago and did his best to halt the growth of high-deductible plans, but he had no real power to do so. He told reporters in 2005, while still serving as insurance commissioner, that high-deductible plans would eventually result in a "death spiral" for HMOs and PPOs. This would happen, he predicted, as insurers and employers initially cherry-picked the youngest, healthiest and richest customers while forcing managed care plans to charge more to cover the sickest patients.

Garamendi, regrettably, was prescient, although probably even he would be amazed at how fast the forced exodus from HMOs and PPOs would be and how soon the day would come when plans with affordable copayments would be a thing of the past.

The industry's long-term strategy is to move all Americans into high-deductible plans, and they're well on their way to achieving that goal. America's Health Insurance Plans, the industry's PR and lobbying group, bragged earlier this month that high deductible plans coupled with a health savings account (HSA) grew 14 percent last year alone.

Many of the people who made that statistic possible undoubtedly had experiences similar to my son, Alex, who was initially enrolled in a Blue Cross PPO. To take advantage of lower premiums, he switched in 2009 to a "consumer-directed" plan with a $500 annual deductible. When that policy came up for renewal at the end of the year, Blue Cross notified him and thousands of other policyholders that their monthly premiums would increase by 65 percent unless they switched to its "Personal Choice Value HSA." Alex couldn't afford to pay 65 percent more in premiums, so he switched to the HSA, only to find out later that he would be facing a tenfold increase in the annual deductible, from $500 in his old plan -- which, by the way was being discontinued -- to $5,000 in the "Value" HSA. On top of that, Blue Cross had also eliminated some of the benefits he had been using in his old plan. 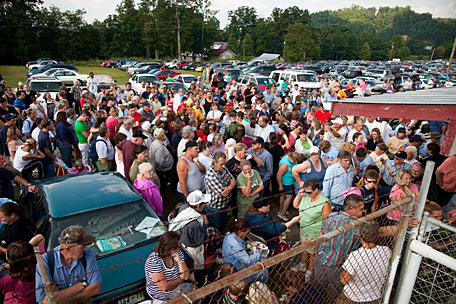 I noted in a previous column that Kaiser Permanente, California's biggest insurer, was part of an industry-led effort to kill AB 52 in the state senate. Kaiser, which pioneered managed care plans in the 1930s, joined the high-deductible bandwagon a few years ago to stay competitive. A substantial percentage of its policyholders are now enrolled in such plans. And like many other insurers, Kaiser is now demanding that many of the policyholders who were enticed into those plans with the promise of lower premiums fork over much more money this year. People throughout California who enrolled in Kaiser's high-deductible plans in years past are facing rate increases of up to 24.8 percent this year, according to the company's filings with the California Department of Insurance.

And once insurers have people locked into these plans, they are free in most states to raise the deductibles to astronomical heights, as Anthem Blue Cross has done in Maine and Indiana.

Earlier this year, many people enrolled in Anthem's plans in Maine, especially it's high-deductible plans, told then-insurance superintendent Mila Kofman that they already were barely able to make ends meet because of what Anthem was forcing them to pay.

Campground owner Mike Stella told Kofman that all of his salary and part of his wife's goes to health insurance. "Another rate increase is probably going to put us over the top," the Portland Press Herald quoted him as saying.

Stella said he and his wife pay nearly $1,000 a month in insurance premiums, and they must spend $17,000 a year -- more than his annual salary -- on premiums and medical care before their Anthem policy starts to cover their costs.

"We ration our health care," he said. "We do whatever we need to for the kids (but) my wife and I delay trips to the doctor. We don't fill prescriptions."

Matters could be even worse for the Stellas and Costins if they lived in Indiana, where Anthem's for-profit parent company, WellPoint, is based. In Indiana, annual family deductibles for Anthem's CoreShare Plan go as high as $50,000. Just stop for a moment for that to sink in. There are not many American families that could spend $50,000 a year out of their own pockets for care and not face bankruptcy. More than half of American families don't even earn $50,000 a year.

So now you see why insurance companies are spending millions of their policyholders premium dollars lobbying federal lawmakers to weaken last year's health care reform bill to allow them to continue marketing these outrageous plans at the same time they're lobbying state lawmakers to kill legislation that would empower regulators to reject excessive increases in rates and deductibles.

By being able to shift more and more of the costs of care from them to American families, they will continue to rack up record profits. Good luck finding a single insurance company executive or shareholder who will express any concern -- or even any interest -- in the lives of millions of people ruined by such greed.