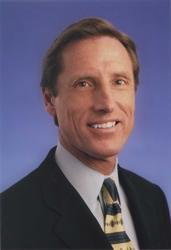 As the head of communications for two of the country's largest health insurers for almost 20 years, I recognize an orchestrated spin campaign when I see one. And boy, oh boy, did I see an award-winning one this week in San Francisco.

The supposedly nonprofit Blue Shield of California went to extraordinary lengths on Tuesday, June 7 to unveil its "bold move to address the health care affordability crisis" by pledging to limit its annual profit to no more than 2 percent of revenue. And not just going forward, mind you, but all the way back to 2010, when the nonprofit's profits were considerably more than 2 percent -- so much more that Blue Shield of California says it will refund $180 million to its policyholders.

The company is so proud of its bold move that it arranged for its CEO, Bruce Bodaken, to make the announcement in an op-ed in the San Francisco Chronicle and in a speech the same day at the Commonwealth Club, one of the premier public affairs forums in the country. I know from years of trying to get the Commonwealth Club to even consider CIGNA's CEO as a guest speaker that coordinating Bodaken's appearance at the Club on the same day that his op-ed would appear in the Chronicle was quite a PR coup.

While I'm happy for the policyholders who might get a few bucks back from their insurer, the timing of the Blue Shield campaign is, to me at least, a tad suspicious. A few things have been going on in California in recent weeks that undoubtedly have been keeping Bodaken up at night, making me think that this announcement just might be more PR than substance.

The California Assembly last week passed a bill that Bodaken's company and the state's other health insurers have been lobbying hard to kill. The bill, which is now on its way to the Senate, would give the state's insurance commissioner the authority to reject "unreasonable" premium increases.

Commissioners in more than half the states now have that authority, and some have recently been denying rate increases they felt were unjustified.

Although California is not yet one of those states, rate regulation is not a novel concept in California. Home and auto insurers must get permission from state regulators before increasing premiums. Since the state's voters approved a ballot initiative in 1988 requiring auto insurers to get prior rate approval from regulators, California drivers have saved more than $62 billion, according to Consumer Watchdog and the Consumer Federation of America.

Through campaign contributions and effective lobbying, however, health insurance firms have so far been able to stave off rate regulation in California. Just since 2007, Blue Shield and Anthem Blue Cross, a separate corporation that is for-profit, alone have contributed more than $7.3 million to legislative candidates, political parties and political action committees in an effort to keep additional regulations off the books.

In addition to worrying about the possibility of dealing with a more powerful insurance commissioner, Blue Shield has also been getting a raft of bad press lately. It got so much criticism earlier this year after it notified policyholders that their premiums would be going up by as much as 86 percent that it announced a few months later it had changed its mind. The company decided to cancel the increase, said spokesman Tom Epstein in March, "because we wanted to give our members the most affordable coverage we could." He didn't explain why the company didn't want to do that in January.

Then last month, as a result of new disclosures required under federal health care reform, the company reported Bodaken's salary for the first time. Turns out he made $4.6 million last year -- four times more than his counterpart at Anthem Blue Cross, the one that's in the business to turn a profit. Blue Shield has 3.5 million policyholders in the state. Anthem has more than twice that many. Epstein justified his boss' much bigger paycheck by saying that, even though Blue Shield is smaller, Bodaken had many more responsibilities than Anthem's Pam Kehaly, such as dealing with public policy issues and mergers and acquisitions.

To be sure, Bodaken rules over an extremely profitable nonprofit business and undoubtedly earns every penny of that $4.6 million. According to a recent in-depth study of the 33 nonprofit Blues in the U.S. by Citigroup analyst Carl McDonald, Blue Shield of California is one of the most profitable insurers in the country, including many of the for-profits, and maintains an exceedingly strong capital level.

For solvency reasons, regulators require insurers to hold a certain amount of capital in reserve at all times. The National Association of Insurance Commissioners (NAIC) requires insurers to have a risk-based capital ratio of at least 200 percent. McDonald calculated that Blue Shield of California's risk-based capital ratio last year was 1,512 percent. That's not a typo. Blue Shield's ratio is more than seven times what the NAIC requires, and three times the average ratio of the country's for-profit plans. What that means in dollars and cents is that Blue Shield is now sitting on reserves of more than $3 billion.

When you take all this into consideration, that $180 million Bodaken says his company will give back to its "customers and community" will be little more than a drop in the bucket of what it really could afford to give back.

So exactly how much will Blue Shield's policyholders be benefiting from Bodaken's benevolence? It's individual and fully insured group customers will each get a 30 percent credit against one month -- yes, one month -- of premium. And because in many cases the credits will go to employer customers of Blue Shield rather than to the workers, many -- maybe most -- of the 3.5 million Californians enrolled in Blue Shield plans will never see a dime of that $180 million.

According to a Blue Shield press release, "Employers who pay part of the premium (for their workers) must decide whether and how to apportion it." Translation: if you're enrolled in a Blue Shield of California plan, don't hold your breath waiting on your refund, or you might turn as blue as your insurer's logo.