Who is Caving to Pressure Against Josh Fox's Oscar-Nominated Documentary, Gasland? | PR Watch

Who is Caving to Pressure Against Josh Fox's Oscar-Nominated Documentary, Gasland?

(Editor's note: As we've noted, Josh Fox's documentary, GASLAND, is an Oscar contender this weekend, and the Big Gas industry has been doing everything it can to block this powerful film from winning. Below is the latest in this saga against a film which will open your eyes to the expanded drilling operations and the devastating consequences so far. Josh's film is just a day away from the Oscar ceremony. Visit our water portal page on SourceWatch to find out more about the dangerous practice of horizontal fracturing, "fracking," of the earth with a cocktail of chemicals. Here is a note from Josh on the latest news in the corporate PR spin campaign.) 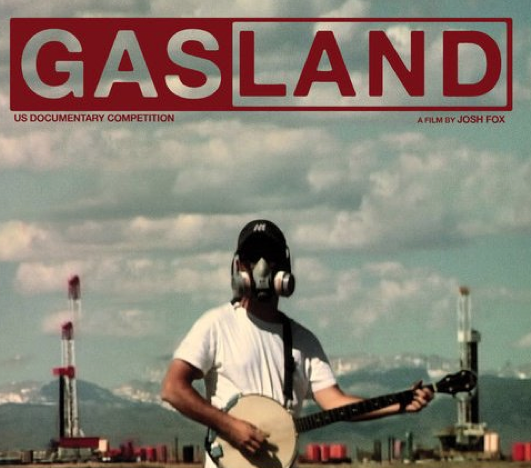 Something bizarre just happened at the Wall Street Journal. At 6 p.m. I was reading a home page story on WSJ.com called "Oscar's Attention Irks Gas Industry" by Ben Casselman which contained perhaps the most honest and revealing quote from the gas industry that I have read to date about their obsession with attacking my film GASLAND. The quote reads "We have to stop blaming documentaries and take a look in the mirror," said Matt Pitzarella, a spokesman for gas producer Range Resources Corp. Just thirty minutes later the quote mysteriously disappears, edited out and in its place is a far more typical spin controlled statement from Tom Price of Chesapeake energy saying, "We need to be able to respond objectively and accurately." Sounds like a robot at a PR agency, more than a person.

What the hell happened? Why did this key quote disappear from the article? Why did the WSJ censor its own piece? Does the Gas industry get to edit the Wall St. Journal?

Was this comment too honest? Is it a crack in their facade? Who pulled the quote? Who made that call saying that this moment of honesty was simply too embarrassing or too true for the industry to admit?

For the first time a Gas Industry spokesman told the truth, that they should look in the mirror instead of attacking our film. You can find the original quote by googling "mirror, Wall St. Journal and Range Resources" but if you read the article now, the quote has vanished.

What is going on here?

Why would the quote be published, go on line, and then something happens and they censor it and suppress it. Not only is the quote deleted but then in its place Tom Price a Vice-President from Chesapeake gets to defend the industry?

Does the Wall St. Journal care to comment? Does WSJ have any independence or integrity? Or does the Gas Industry get to just write it for them.

Is this evidence of what we have long suspected, considerable industry pressure on the mainstream media?