Reading Between the Lies | PR Watch

Reading Between the Lies

This is what seven years of war has led up to -- a living situation so poor that Scahill felt compelled to mention that many Iraqis are saying, "It was a better under Saddam Hussein." 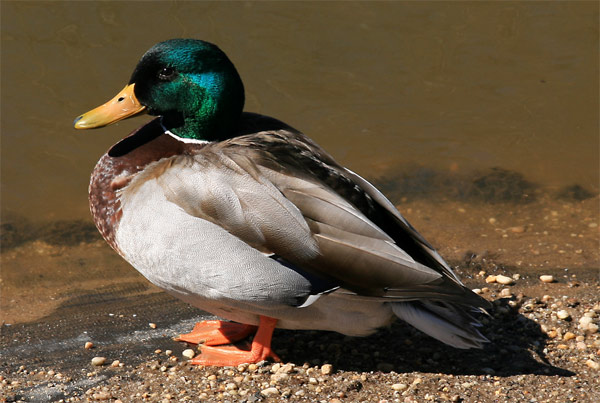 If it walks like a duck, swims like a duck, and quacks like a duck, then it's a duck. The same reasoning applies to a combat army. Regardless of whether there are144,000 combat troops or 50,000 "advise and assist" troops, they are still troops. Each one is fully equipped and trained for combat operations, armed and ready to fire at any given moment.

On August 2, President Obama told an audience of veterans that the promise he made at the beginning of his term to end the combat mission in Iraq by the end of this month and to "transition to full Iraqi responsibility" was "on schedule." Applause echoed in the room after he spoke these words. To the American people, who are weary of a war that has lasted for seven years and has cost the lives of 4,400 Americans, a drawdown of troops looks like the light at the end of the tunnel. However, this drawdown is just a strategy devised in the Bush era that is now coming into fruition under the guise of Obama's new plan.

The Elephant in the Room

The Obama administration may be bringing home thousands of troops, but the reality is that these troops are only coming home due to compliance with the Status of forces agreement between the United States and Iraq, which states that all combat troops have to be out of Iraq by 2011.

Enter the private military corporations, PMCs, or as Jeremy Scahill refers to them, mercenaries, which are companies that offer services ranging from intelligence gathering to armed support, in addition to services from the likes of Blackwater, the company responsible for "Baghdad's Bloody Sunday." Because these are privately hired companies, the U.S. government can easily replace the exiting troops in Iraq while still maintaining strong military control.

According to a Congressional Research Service report released in December 2009, as of September 2009 "there were 113,171 DOD [Department of Defense] contractors in Iraq compared to approximately 130,000 uniformed personnel in-country." One can assume that ratio of contractors to U.S. military will stay the same, or increase, in favor of the private sector once there are only 50,000 troops left in Iraq. Although it is rare to hear about PMCs in the mainstream media, they have been and will continue to play a strong, if not dominant role in the occupation of Iraq.

Looking Beyond the Smokescreen

By labeling what will be a combat-focused military up until August 31 with an "advise and assist" sticker, the Obama administration has bought itself more time to continue what is turning out to be a seemingly never-ending war. Keep in mind that is all happening in addition to their efforts toward crisis management in light of the recent Wikileaks war diaries that were leaked and the Collateral Murder video that was posted in April.

Unfortunately, it seems as if Congressman Hiram Johnson was right when he said, "The first casualty when war comes, is truth."

I look forward to reading this work of NON-fiction cited here as a "ground breaking novel" It's listed as non-fiction at my library. Those who read the history of the Roman Republic will be getting more and more nervous about the presence of this force in our society. Blackwater's Loon-in-charge is a very dangerous loon indeed.
America is gonna face backlash because of these mercenaries. War is hell, but also, what goes around comes around. America will be harboring a big mercenary population and thats gonna be dealt with sooner or later.