The Newest Hasbara Group in Town: the Emergency Committee for Israel | PR Watch

The Newest Hasbara Group in Town: the Emergency Committee for Israel

There's a new player in the game that is pro-Israel lobby hasbara in the United States: The Emergency Committee for Israel, which is running an ad attacking House Representative Joe Sestak for his positions on Israel.

The Committee has arisen just in time for the 2010 mid-term elections campaign season, and right in the middle of what have been, albeit weak and mostly a public relations stunt, a push for peace talks, mediated by the Obama Administration, between the Benjamin Netanyahu-lead Likud coalition of the Israeli government, and the Palestinians. Even the facade of Obama pushing for negotiations for a two-state solution and holding both sides of the conflict accountable, though, is too much for this new committee, which explains why it has arisen from the dust.

One must look no further than the Committee's Board of Directors to understand what this organization is all about -- it's almost always that simple. William Kristol and Gary Bauer are the two prominent Neo-conservative figures on the Board. Both have deep ties both to the neo-conservative movement along with the pro-Israel lobby, which, although many innocent bystanders do not realize, often are one in the same.

On March 23, 2010, Speaker of the House Nancy Pelosi was quoted as saying, "We in Congress speak with one voice on Israel," a commonly-repeated soundbite on the Hill that comes straight from the book of the American-Israel Political Affairs Committee (AIPAC). By and large, the sentiment is true, which was one of the main motives behind John Measheimer and Stephen Walt's penning of the book, "The Israel Lobby and U.S. Foreign Policy," a book that explained a phenomenon that sensible people already understood, but no academic or journalist had been brave enough to research and write about -- the "special relationship" between Israel and the United States.

The book argues that the pro-Israel lobby has a stranglehold on U.S. foreign policy, and not just policy related to the resolution of the Israel-Palestine conflict. Indeed, the book argues that groups like AIPAC, the Anti-Defamation League, the David Project, CAMERA and other groups work against the strategic and national security interests of both Israel and the United States in the short- and long-term, in that they have made both countries more susceptible to bearing the brunt of terrorist attacks at home.

While this is almost certainly the case in terms of strategic value, the book also argues that this topic is a taboo in Congress, for the "special relationship" serves as a muzzle for virtually every member of Congress in the way they speak about Israel and vote on Israel-related issues. If they do not vote in a pro-Israel manner (and the lobby gets to define the terms of what is pro-Israel), the AIPACs of the world will rally wealthy donors and powerful names to chase those politicians who deviate from the framework and norms of the "special relationship" out of office.

One can be assured that when nearly every politician in Congress, as well as every politician on a Presidential administration speaks about Israel, it is almost always in terms of how the United States and Israel's relationship is based almost entirely on a "strategic security relationship" consisting of "shared values." These are talking points straight from The Lobby. 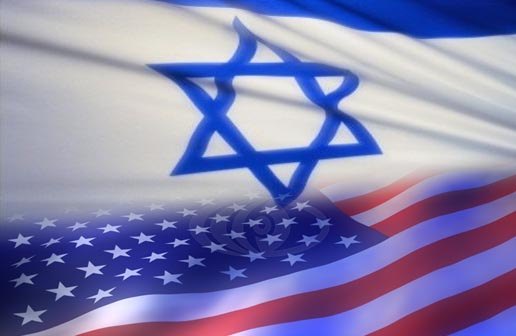 Walt and Mearsheimer quickly debunk this notion in their book, for Israel has been occupying Palestinian territory for the past 43 years, ever since the culmination of the 1967 War, and continues to build settlements in what is occupied territory under international law, namely United Nations 242. They say occupation of another peoples' land is something U.S. citizens think is disdainful, and therefore is not something we "value." Yet, this is actually not correct, for numerous Americans are still flag-waving supporters of the United States' occupation of both Iraq and Afghanistan.

The second argument, though, is totally smashed -- that of the "strategic partnership." Indeed, many of the 9/11 hijackers were motivated by the United States' blind support for Israel in the Israel-Palestine conflict. This was stated in the National Commission on Terrorist Attacks Upon the United States, better known to most as the 9-11 Commission Report.

The first claim is more a public relations tool for politicians for pandering to the pro-Israel lobby and their constituents, but the second claim is serious business. Sure, the first one is also repulsively disingenuous from a moral point-of-view, but morals aside, the second claim is factually untrue.

And so, as it relates to the second claim about security of both Israel and the U.S., more progressive-leaning politicians like Obama and Sestak both have been fairly active in pushing negotiations for a two-state solution to the conflict, at least more so than the Bush Adminstration ever was. Obama and Sestak and that crowd are always careful with message control, framing their arguments in a pro-Israel framework for why a two-state solution must be negotiated.

It's true: if you care about the future of a truly democratic and Jewish state, the two-state solution is the only game in town, and pushing Israel to make more concessions and stop building settlements is mandatory.

JStreet, "the political arm of the Pro-Israel, Pro-Peace movement," has started what it calls its "Community of Yes" Campaign, encouraging politicians in Congress and the Obama Administration to make a bold move and stop making excuses for why "now is not the time" for a two-state solution, and start making bold moves for peace. Groups like the Emergency Campaign for Israel, in theory, state they support a two-state settlement, yet the neo-conservative movement, which serves as a bedfellow of Israel's far-right Likud party, a political party that does not recognize the existence of "Palestinians" in its Charter, nor does it call for a two-state solution. In fact, it calls for settlement throughout Greater Israel, which is the antithesis of a two-state settlement to the conflict and is a recipe for bloodletting for years to come.

Groups like the Emergency Campaign will do everything they can to swiftboat politicians out of office who show even the slightest interest in resolving the Israel-Palestine conflict, for they are not interested in peace, but rather in winning back seats in Congress through fear tactics. The Community of Yes, then, must drown out the Chorus of No's that are coming from neo-cons. Far too much is at stake to do anything but that.

its really a big problem and issue to stop the Israel and maintain the peace globally... like its recent attack on the ghaza and continuoes attacks on the palestine... obama and its party should take some bold steps to make sure that israel remains itself in limits... its a damn serious issue and every one should take serious notice on it.
I seriously think that this problem will not be solved soon because of two main reasons. First, The Jewish extremists in and out of Israel are putting so much pressure on the Prime Minister Benjamin Netanyahu and on President Obama. These people have a great economic and financial influence not only on America's economy, but also on the wolrd's. They can easily cause problems to America in withdrawing from the financing of some projects throughout the world. The second reason is that the Palestinian extremists will never ever accept that "their lands" remain under Israel's control; that is, most of the territories occupied by Israel now. Therefore, they will continue to lead attacks on Israel and sap all the peace process. One thing the Palestinians (and the Arabs in general) have to know is that ANGER CANNOT SOLVE THIS ISSUE!!
Agreed. The US has all this while been very critical on North Korea, but why not Isreal? I'm from Malaysia, where a majority of the people here are Muslims. Isreal's attack on Gaza has caused public outcry and condemnation even from a country as far as mine. I think that it's time the US stops practicing double standard so as to be respected.
If one examines the special relationship the US has with Israel so spoken about by Obama the Demos and Nancy Pelosi and the two Senators from California -- it is also a connection to military equipment and design. In an attempt to develop a boycott at a local food store, the discovery was not the cans of tomato sauce, or candles, a few figs rather the intertwining and joint research and business dealings of military hardware and soft ware. One great business is called "Checkpoint" they sell surveillance equipment their offices are in California. One might presume/assume guess that the Pentagon military budget finds some funds for that organization. Thus AIPAC is only one operative Foreign Lobby the US military is much larger.
In spite of all the talk about the importance of a 2-state solution, this is really just a phony issue which has successfully managed to fog up the real issue. In fact, this has been the real issue since the UN ordered the partition of the old Palestine Mandate in 1947. The issue was then, and still is now, that the Arab states will not accept the right of Israel to exist as a free and democratic nation. The 2-state solution wasn't pushed from 1948 - 1967, when the West Bank (Jordan) and Gaza (Egypt) were under Arab control. It was only invented by Arafat as a ruse to keep the world's focus off their real goal - destroy Israel completely.