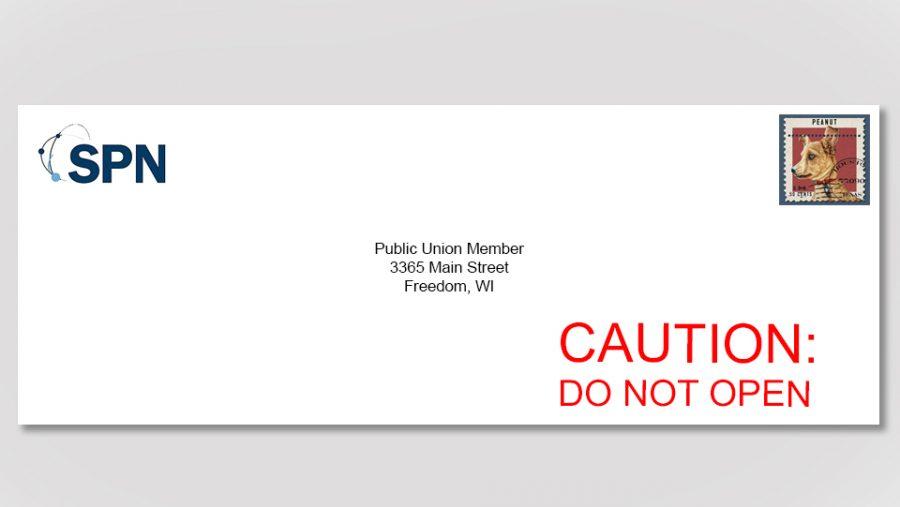 The State Policy Network (SPN), a web of of right-wing "think tanks" and tax-exempt groups in 49 states, Puerto Rico, Canada and the United Kingdom has published a list of front groups on its website, "How to Opt Out of Your Union: Help for Government Workers," in its latest attack on public sector unions.

Now that the Supreme Court ruled in Janus v. AFSCME that public employees do not have to pay fees to cover a union’s cost for negotiating better pay and benefits on their behalf, SPN has organized a massive effort to convince union members to stop paying dues.

Tracie Sharp, SPN's CEO and President, stated clearly in an internal document provided to The Guardian last year by the Center for Media and Democracy, that their objective is to "defund and defang one of our freedom movement's most powerful opponents, the government unions" and to "deal a major blow to the left's ability to control government at the state and national levels. I'm talking about permanently depriving the left from access to millions of dollars in dues extracted from unwilling union members every election cycle."

SPN's Freedom Foundation, a leader in the movement to crush unions, received an award at the SPN 2017 Annual Meeting for "Best Issue Campaign, Union Opt Out Campaign" for its website that simplified the process for dropping payments to government unions.

My Pay, My Say

My Pay, My Say is a project of the Michigan-based Mackinac Center. Mackinac Center is one of the premier union-busting outfits, working to erode the rights of workers since as early as 2003. My Pay, My Say generates a correctly formatted letter for all states to inform unions that an individual will no longer be a paying member. Teacher union members in Newton, MA received emails after the Janus decision directing them to this site, as did Illinois teachers.

Americans for Fair Treatment is an offshoot of the Pennsylvania-based Commonwealth Foundation. The website states that the organization is "a community of current and former public-sector workers," but no list of employees or members exists on the site. Almost identical to My Pay, My Say, this site generates a letter that union members can send to their union in order to drop out. (Note that Americans for Fair Treatment shares the same acronym as the American Federation of Teachers, the second largest teacher union.) The website does not disclose its relationship to the Commonwealth Foundation.

CT Workers is operated by Yankee Institute for Public Policy, a Connecticut "think tank." CT Workers claims to be a "a community for Connecticut public employees interested in talking about workplace rights," but the people seem to be missing. Instead, the site provides government union members in Connecticut with a form they can fill out so that they can receive "help" in not paying union dues. The website does not disclose that it is run by the Yankee Institute.

Educated Teachers is run by the union hating Center of the American Experiment of Minnesota. The site does not provide union members with any forms. Instead, it directs them to My Pay, My Say.

Leave My Union is operated by the Illinois Policy Institute, the "think tank" that originally brought the Janus case to court through its Liberty Justice Center (now independent). The site claims that unions are trying to be "tricky" and they are "political" so the site can assist one in getting unions to stop deducting dues or fees.

My Janus Rights is run by the National Right to Work Legal Defense Foundation, the group that provided counsel to Mark Janus in the Supreme Court case. The site touts that it "provides accurate information about and help with exercising your recent National Right to Work Foundation-won rights for government employees, often referred to as your new 'Janus Rights' earned in the Janus v. AFSCME U.S. Supreme Court victory." The site provides a form to "resign" from a union.

New Choice NY claims to be an an "independent, nonprofit, nonpartisan effort" but it is actually affiliated with Americans for Fair Treatment and the Commonwealth Foundation. New Choice NY has not been registered as a nonprofit as of publication. The site provides government union members with a form to submit to their unions to stop paying dues.

Opt Out Today, a project of the Freedom Foundation that won an award from SPN, has been updated to persuade union members in all 50 states to stop paying their union dues. The Freedom Foundation has been aggressively fighting public unions in Washington, Oregon, and California since Tom McCabe took over as the group's CEO in 2013.

The Teacher Freedom Project touts itself as "an online resource and community for educators across the country who want to know and understand their rights and options about union and professional association membership." But, the website is a project of the union-busting Wisconsin Institute for Law and Liberty (WILL) and the Education Action Group (EAG). Nowhere on the site are these organizations mentioned as sponsors. The site is bare but has an email signup for when "new features are added."

Workers Choose is run by Ohio's Buckeye Institute and like the other front group sites, provides government union workers with a form to submit in order to cease paying dues to their unions.

The goal of union opposition is part of the overall philosophy of neoconservatism: Employers and corporate executives are part of the re-established nobility. Workers need to be subservient to their employer masters and have no rights at all, other than to quit and find work elsewhere. Sir Edmund Burke spoke of a "natural aristocracy" in a utopia pf completely unregulated capitalism.