The Disappearance of John Doe 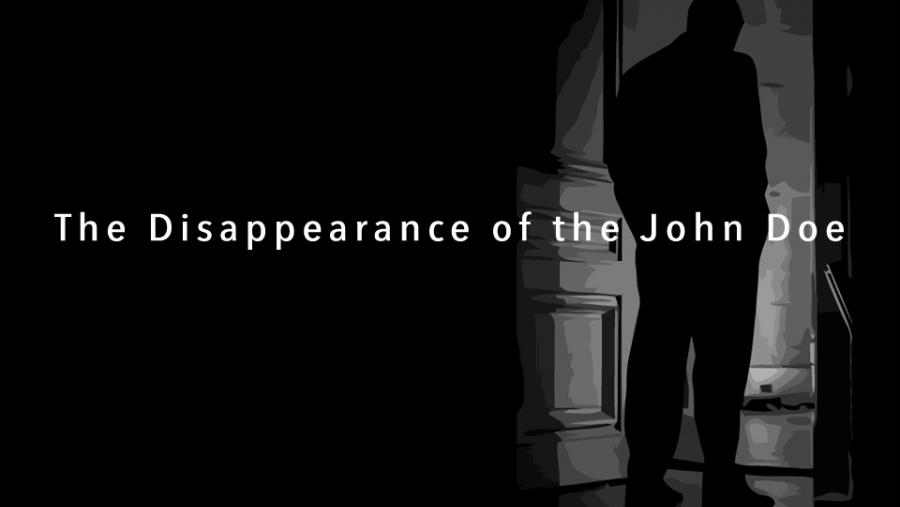 By Mary Bottari and Brendan Fischer

Wisconsin Governor Scott Walker has been under investigation since his first day in office. But before a national audience even becomes aware of the fact, it will all be over. This week, the Wisconsin Supreme Court is likely to quash an investigation--run by a veteran Republican prosecutor--into allegations that Walker's team broke campaign finance laws during the 2012 recall elections by working in concert with dark money groups.

The prosecutor has asked two justices with ties to these same groups to recuse themselves from the case, but they have refused. And the court will rule behind closed doors, having eschewed oral arguments or even a full accounting of the case.

Wisconsin has come a long way from the days when its public financing of elections and model open records, open meeting, and ethics laws made it a bastion of good governance. Walker put the nail in our post-Watergate system of public financing in his first budget bill. His latest budget bill attempted to destroy the open records law, a sneak attack repulsed only by a fast and furious public outcry. Wisconsin watchdogs, including the independent state elections board and the nonpartisan state audit bureau, are under constant attack.

The expected decision in the case, now pending before the state's highest court, will take a blowtorch to what remains of Wisconsin's post-Watergate campaign finance rules.

"Governor Walker, Wisconsin Club for Growth and the Wall Street Journal preordained this outcome more than two years ago when they began their assault on a perfectly legitimate investigation and a bipartisan group of investigators," said Jay Heck of Common Cause Wisconsin. "Their ultimate goal here is to change the law to allow outside groups to coordinate with candidates legally and nationwide," said Heck, who has campaigned to protect Wisconsin elections and ethics laws for decades.

In 2011, Walker's union-busting Act 10 legislation sparked a 16-day occupation of the capitol and a series of recall elections, as Democrats fought to unseat the governor and regain control of the state senate. In 2012, a Wisconsin judge authorized a special "John Doe" investigation into possible illegal campaign coordination between Walker's recall campaign and a number of supposedly independent groups that spent millions supporting Walker in the recall, including Wisconsin Manufacturers & Commerce and Wisconsin Club for Growth. A John Doe investigation is the state's version of a Grand Jury; it allows prosecutors to compel testimony in cases where citizens might be reluctant to testify.

The probe involved both Republican and Democratic district attorneys and was authorized by both nonpartisan circuit court judges. The bipartisan group of DAs appointed a Special Prosecutor, Francis Schmitz, to coordinate and spearhead the investigation involving subjects in five counties. Schmitz is a respected federal prosecutor who was once on George Bush’s short list for U.S. Attorney and received two high-level commendations from Bush's Department of Justice for his anti-terrorism work post 9/11. Schmitz even voted for Walker during the recall, he revealed in one court filing.

Launching a criminal investigation into the most powerful political figure in the state could not have been an easy choice. These career prosecutors initiated the probe because they believed there was a strong legal and evidentiary basis for doing so. The state's nonpartisan elections board, made up of retired judges, also supported the investigation, with the board's chair (a former Republican legislator) recently noting they were presented with "credible, hard evidence" that the law had been broken.

Documents inadvertently posted on a court website indicate that Schmitz alleges Walker was at the "center of a criminal scheme" to evade campaign finance disclosure laws by coordinating with Wisconsin Club for Growth (WiCFG), which raised and funneled some $20 million into the recall races from donors who kept their identities secret. Prosecutors list email after email of Walker secretly fundraising for the group, with his staff advising the governor to "stress that donations to WiCFG are not disclosed" and to tell donors "that you can accept corporate contributions and it is not reported."

There is the $1 million deposit into the club's account from Stephen Cohen, the disgraced founder and manager of SAC Capitol Advisors, less than a month after the governor was scheduled to meet with an SAC representative.

Veteran journalist Michael Isikoff recently revealed that another secret donor was Jon Menard, who runs a chain of big box stores in the state, and linked his $1.3 million donation to $1.5 million in tax credits from Walker's jobs agency and special treatment from Walker's DNR.

The subjects of the investigation have been fighting back hard. Since 2013, WiCFG has spent a fortune battling the John Doe in state and federal court, halting the investigation in its infancy and recently filing a long-shot motion to have the U.S. Supreme Court terminate the case. "Partisan witch hunt" has become the mantra of WiCFG leader Eric O'Keefe, who traveled the country raising money with Walker during the recall. O'Keefe violated the John Doe secrecy order to leak his version of events to the Wall Street Journal editorial board which has penned a series of editorials on the case. When Walker used the term "witch hunt," the mild-mannered Schmitz effectively called him a liar, pointing out that the probe was led by Republicans and challenging Walker to ask the court to unseal the case record. Walker has yet to answer.

From the beginning, Walker and his allies have fought the probe not by denying coordination but by claiming the rules don't apply to so-called "issue ads" that stop short of expressly telling viewers how to vote. But the state has long barred these sort of activities. Justice Jon Wilcox's campaign was fined $60,000 ($10,000 of which he paid personally) and his campaign manager was banned from state politics after engaging in an almost identical form of coordination. Even federal appellate court Judge Frank Easterbrook, a Reagan appointee, pointed out in a recent decision blocking one of O’Keefe’s challenges that no state or federal court has approved this type of coordination.

Scott Walker has been a politician his entire adult life, yet he can’t seem to remember the rules. For years, he ignored the legal requirement that campaigns disclose the names and occupations of donors contributing over $200. As county executive, he was slapped with a $5,000 fine for ignoring disclosure rules regarding robo-calls. As a state legislator, he tried to deep-six the public financing mechanism. As governor, he did away with public financing for legislative and judicial campaigns. And as he began his run for the White House, he insisted he was not a presidential candidate in order to solicit unlimited contributions into a special account, a violation of federal law according to the Campaign Legal Center. This week the independent watchdog, the Wisconsin Democracy Campaign, put out a report saying in 20 years they have never seen as many errors as they found in Walker's last campaign finance report.

A 2010 investigation into missing funds while Walker served as Milwaukee County Executive resulted in the conviction of six Walker staff and associates for embezzlement and illegal campaign activity, including fundraising while on the public payroll. County staffers conducted campaign activities on laptops using a secret wi-fi system whose router was located just steps from Walker's office. Prosecutors did not charge Walker but they didn't absolve him either, stating that they had brought all the charges "the evidence would support."

Now, the Wisconsin Supreme Court is readying the final word on the challenges to the John Doe that have stopped the investigation in its infancy. But the outcome is all but predetermined.

WiCFG and WMC are among the biggest spenders on Wisconsin Supreme Court elections, having spent $10 million to elect the court’s four-justice conservative majority, in most cases outspending the justices' own campaigns. The two justices who benefited most from this largesse, Justices Michael Gableman and David Prosser, have declined a request from the Special Prosecutor to recuse themselves from the case. (Notably, Walker's lawyer argued against the recusal motion.)

Plus, once the justices effectively strike down the coordination rules, they then could take advantage of the newly lawless electoral landscape and coordinate in future elections with the same big-spending dark money groups that are parties to this case.

For a full briefing on these issues see CMD's special report here.

See Caperton v. A.T. Massey Coal Co; they'll be guilty of a 14th Amendment due process violation if they try to stop it. There aren't enough Justices uncompromised by the plaintiffs to form a quorum, so any finding they make would eventually have to be set aside.
It's pretty clear you're trying to minimize the consequences of the impending defeat in court, and leave the impression that this was a legitimate investigation quashed by political force. Anybody who has been following this story will notice that you're leaving a lot of details out. The midnight raids that destroy people's lives, but strangely don't result in charges, for instance. The gag orders that prohibit the targets from even telling people they ARE targets, let alone defending their reputations. This whole process looks like something that belongs in a police state, not a democracy.
Amen!
Boo hoo, lefties. Your constant attacks on freedom are being slapped away one-by-one by various courts. Communism will not win in Wisconsin because the voters and the courts understand your bitter hatred for self-determination. The Unions are losing their stranglehold on the populace and that populace is becoming more free every day. Time for you to slink away into the darkness from whence you were spawned.