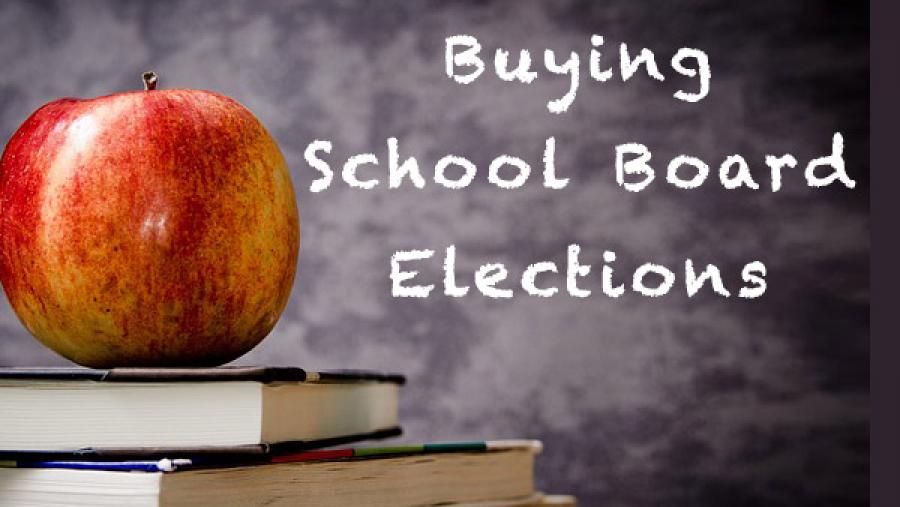 Calling for a “reboot” of public education in Minnesota, hundreds of thousands of dollars flowed into the Minneapolis school board elections this November to try ousting an incumbent and to usher in an education agenda that resembles that of the American Legislative Exchange Council (ALEC).

The four-way race for two seats on the Minneapolis School Board was flooded by money from out-of-state interests on an unprecedented scale. The big player was an independent expenditure group calling itself the Minneapolis Progressive Education Fund, which poured nearly $250,000 into the race. thanks to a $100,000 contribution from former New York City mayor Michael Bloomberg and a further $90,000 from California billionaire Arthur Rock, a Teach for America board member and a major investor in the charter school chain Rocketship Education.

The funding for the group largely came from national interests. In addition to the $190,000 from Bloomberg and Arthur Rock, the Minneapolis Progressive Education Fund received $25,000 from Jon Sackler, one of 50CAN's founders and a Students for Education Reform board member.

Other affiliated groups also played in the school board race. According to reports filed a week before the election, the 50CAN Action Fund also raised around $15,500, $10,000 of which came from Rock. And Students for Education Reform raised around $36,000 -- $23,500 of it from California charter school investor and Students for Education Reform board member Adam Cioth. State and local unions -- from within Minnesota -- also spent funds on the race.

The Fund spent the lion’s share of its money on ads attacking the incumbent, Rebecca Gagnon, who had previously called for putting the brakes on wholesale school reform. In a race where expenditures and contributions normally number in the four digits, and the belligerent tone of statewide politics is practically unheard of, her opponents stepped up to denounce the ads. The people did the same thing at the ballot box, and Gagnon was reelected with a comfortable five point margin to the runner up, Don Samuels.

It was a partial victory for Team Bloomberg, however, as Samuels – their endorsed candidate – was also elected to the other open seat. He outraised Gagnon nearly four-to-one. Most closely aligned with the school reformers’ agenda, Samuels is an advocate for standardized testing and for holding teachers “ accountable for the results. He has also argued in favor of “weighted student funding.” The idea is both to promote school choice (“the dollars follow the student”) and to calculate the funding on the basis of a student’s needs. Someone requiring special education might, for example, be allocated more money.

But as Diane Ravitch notes, the real purpose is “to enable students to go to charter schools or maybe even voucher schools bringing their public dollars with them.” In fact, weighted student funding can be seen as an attempt at ushering in school vouchers disguised as help for the at-risk student population. First proposed by ALEC member and Colorado State Senator Keith King in 2005, the funding model was turned into an ALEC model bill in 2010. In a comment to the bill, ALEC notes how the model “compliments efforts to expand private-school choice.”

A Nationwide Strategy to Bring Big Money to School Board Elections

Minneapolis is far from an isolated example. After Citizens United, moneyed rightwing interests have begun flooding “local elections across the country – for county sheriff, for county board, school board – with six-figure spending,” as the Brennan Center for Justice at New York University School of Law pointed out in a recent report.

Americans For Prosperity is a case in point. The Koch-funded group has spent tens of millions in federal races this year, but also took the fight to the local level. It spent an estimated $50,000 on Williamson County, Kentucky school board races this year, electing four of its preferred canddiates. It poured money into the Kenosha, Wisconsin school board election, successfully knocking off the incumbent – a public education advocate – and helping to elect two anti-union candidates. It spent at least $350,000 on school board races in Douglas County, Colorado last year, reelecting four pro-voucher incumbents.

And Bloomberg has spent $1.4 million spreading his education gospel of teacher “accountability” and for-profit charters in local and state elections this year, according to Politico.

CMD recently revealed how three Pennsylvania billionaire hedge fund managers poured $6.5 million into Pennsylvania elections to push a school privatization agenda, including funnelling money into a web of phony school “reform” organizations, all in an apparent attempt to cloak the original benefactors and feign grassroots support. Yet their massive spending has managed to reshape Pennsylvania's education system in an ALEC-friendly mold.

In August, Betsy DeVos’ American Federation for Children (AFC) spent $400,000 on local school board elections in Florida. The same pattern emerges here; a large chunk of the money was funneled through phony local grassroots organizations, such as Indian River Conservatives for Better Schools. AFC also spent heavily on school board races in Alabama.

The August election to the Los Angeles Unified School Board provides a further example of billionaire astroturfing. An independent expenditure group – L.A. Parents, Teachers and Students for Great Public Schools – chipped in $184,000 on behalf of candidate Alex Johnson, who was committed to fighting “special interests that are hurting your children.” Or so the ads claimed. But behind the grassroots veneer, we find a powerful special interest: the California Charter School Association, funded by Netflix CEO Reed Hastings.

Despite receiving three times as much financial support as the challenger, Johnson was firmly defeated at the ballot box. But his financial backer is not one to despair. In a leaked speech to the Charter School Association, reported by The Washington Post, Netflix CEO Reed outlined his strategy of attrition. Temporary setbacks mean little in the long run. Within 20 years, he assured the spellbound audience, public schools and locally elected school boards would be assigned to the dust heap of history.

MPS is burning, while its citizens avert their gaze.