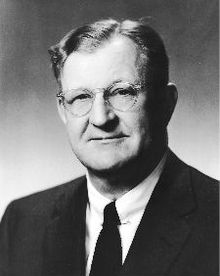 Some women and men spend their lives rebelling against their father or mother, but others follow in their footsteps or yearn for their approval. Some become friends.

A few spend millions to make their parents' vision a reality.

Charles and David Koch are among those few.

Raw ideas that were once at the fringes have been carved into 'mainstream' policy through their wealth and will.

According to the lore, a lawsuit against his company by big oil companies forced their dad, Fred Koch, into helping Stalin build refineries, fueling his anti-communist/anti-government views.

The truth is less tidy.

Four years earlier, in 1925, the 25-year old Koch formed the Winkler-Koch Engineering Company, with Lewis Winkler. After studying at Rice and MIT, the Texan-born Koch joined Winkler and another man in launching the company in Wichita.

Before that, Winkler had worked as the chief engineer at Universal Oil Products, a firm that held patents on the fuel processing methods developed by Jesse Dubbs. Before joining up with Koch, Winkler had helped Dubbs’ son, Carbon, install one of the first thermal "cracking" stills that used the pressure and heat process that Koch’s firm would later deploy with slight modification, according to the expert testimony of the chairman of MIT’s chemical engineering department, as noted in Dan Schulman’s “Sons of Wichita.” Ultimately, though, after a bribery scandal involving an appellate judge the verdict against the Koch firm would be overturned and Universal Oil Products' successor firms would pay the company damages.

But back in 1929 – before the sudden stock market crash and nearly three years before the patent case went to trial -- Koch’s firm signed contracts to build cracking stills in the U.S.S.R.

The communist regime didn't recognize intellectual property rights, but it did pay well.

America had broken diplomatic ties with Russia nearly twelve years earlier, after the bloody Bolshevik revolution. Koch's firm was not the only U.S. company doing business there. Henry Ford inked a deal, too.

Koch spent a few months in the Soviet Union to help fulfill the terms of the $5 million contract. He claimed the experience made him deeply anti-communist, but that didn't stop him from cashing in on Stalin's rubles.

Five million in revenue in today’s dollars would put an American small business -- like Koch’s firm was back then -- in the top 1%, after the stock market crashed.

The average American’s net income in 1930 was $4,887 and one penny, according to the IRS. That was back when five cents could buy a Rocky Ford cigar and 500 bucks could buy a basic Model A Ford. The average gross revenue of companies that year was about $177,000. Koch’s soviet contract was worth millions more than that.

Flush with riches, in 1932 Koch was playing polo at the Kansas City Country Club when he met Mary Robinson whom he wooed and married, according to Fortune magazine. Four sons soon followed. Over the years, they imbibed many doses of their adamant father's rightwing political and economic diatribes.

Koch expressed deep antipathy toward the New Deal policies that helped pull the country out of the Great Depression.

He was not alone. By 1950, Wisconsin Senator Joseph McCarthy began accusing workers at the State Department, veterans, playwrights, actors, and others of being communist sympathizers dedicated to the overthrow of the U.S. government. McCarthy even accused President Harry S. Truman and Democrats of being in league with communists.

The Progressive repeatedly wrote against McCarthyism and published a special issue in April 1954 entitled "McCarthy: A Documented Record," helping to expose him for the fraud he was. A month later journalist Edward R. Murrow criticized McCarthy on national TV, noting "We must not confuse dissent with disloyalty."

But McCarthy's paranoid worldview was not.

In 1958, Robert Welch invited Fred Koch and a handful of other businessmen to his home to create the John Birch Society, as Schulman noted.

At that secret meeting, Welch practically channeled McCarthy on communism:

"This octopus is so large that its tentacles now reach into all the legislative halls, all of the union labor meetings, a majority of religious gatherings, and most of the schools of the whole world."

Koch quickly signed up for the national council of the new John Birch Society.

That year, according to archives, Koch worked with fellow Kansan Robert Love, of the Love Box Company, to help amend the Kansas Constitution to limit the rights of workers and unions, making it a so-called right to work state.

In 1960, Koch published a pamphlet based on his speeches called "A Businessman Looks at Communism." The booklet, which was reprinted in 1961, ranted and raved that the National Education Association was a communist group and public-school books were filled with "communist propaganda," paranoia that extended to all unions, and the "pro-communist" Supreme Court. Fred Koch also claimed that African Americans would engage in a "vicious race war," echoing the words of white supremacists–including Birchers–who opposed desegregating public schools.

Koch also claimed that President Eisenhower, the Supreme Commander of the U.S. and allied forces in World War II, was soft on communism.

Such red-baiting might be ancient history if fifty years later Fred's son David were not calling President Obama a "scary" "hard-core socialist" and spending millions on groups trying to defeat him.

Koch's fanaticism echoed claims of his Bircher buddy Welch, who had written: "Could Eisenhower really be simply a smart politician, entirely without principles and hungry for glory, who is only the tool of the Communists? The answer is yes . . . it is difficult to avoid raising the question of deliberate treason."

Treason? (That charge has a familiar hollow ring, as rightwing pundits and Tea Party pals fling it at President Obama and Birchers also flung it a President Kennedy, before he was assassinated.)

Eisenhower's face is now engraved on every American silver dollar.

After the CIA's invasion of Cuba spectacularly foundered, David Koch and his twin brother, William, led a "May Day" party at their MIT frat house that hanged Fidel Castro in effigy. A riot broke out and thirty people were arrested, as noted by Brian Doherty in Radicals for Capitalism. (There's no record the Koch boys were among those booked.)

That was the year that Charles had moved home to Kansas to be groomed to take over the family firm, after finishing engineering degrees at MIT and a short gig designing cigarette filters.

Charles was not only his dad's choice to succeed him at the company.

He was also the heir to his extreme anti-government politics. By the time Charles stepped in as CEO in 1966, he'd been steeped in Fred's Bircher outlook and enthralled with the Austrian economics books lining his dad's library walls, providing an academic rationale for the free market fundamentalism he has peddled with millions of dollars ever since.

That year, his father Fred helped form and fund another Birch front group, the "1776 Committee," to try to recruit Ezra Taft Benson, one of the leaders of the Church of the Latter Day Saints, to run for president as an independent, along with U.S. Senator Strom Thurmond, the racist segregationist politician from South Carolina, to run for vice president. (This fact was discovered in the national archive review of the Center for Media and Democracy and was also uncovered by other researchers like Ernie Lazar.)

Both Benson and Thurmond had routinely echoed Bircher attacks on the civil rights movement. The effort to recruit them was ultimately rebuffed, although it underscores how central to the John Birch Society was its animus toward government efforts to challenge racial segregation and anti-discrimination laws.

Month after month in publications to its members and promoted in its bookstores, attacking the civil rights movement and lauding its opponents were the Birchers' top domestic agenda items throughout the 1960s. Challenging the United Nations and opposing communism abroad were its foreign policy focal points.

Although years later Fred's wife Mary claimed to the press that Fred had abandoned the John Birch Society as too extreme, archived letters show that Fred Koch continued to support it and its mission until he met his end, although his failing health made it harder for him to keep up the pace of its executive committee. His family also asked that memorials (donations) be given in his name to only a handful of organizations, including the John Birch Society bookstore in Wichita.

Archived documents also show that Charles continued his role in the John BIrch Society into the year after his father's death.

Decades later, perhaps it should come as no surprise that Charles and his brother David have fueled operations that attack progressive policies and those who defend them as "communists," "collectivists," or "socialists."

Such smears are not new, but with the Kochs' doubling of their personal fortune during the Obama administration while most Americans' wages have stagnated, such claims seem like grand misdirection. The volume of the revival of these attacks has grown dramatically, and will soon grow louder still, fueled by Koch cash and U.S. Supreme Court decisions that have unleashed billionaires to spend unlimited funds influencing American elections.

For more on Charles Koch and new documents showing his financial support for the John Birch Society as it spearheaded the anti-civil rights movement fight, click here. This article has been updated.

Lisa: Good article but Eisenhower's face is not on every American dime. That's FDR's face.
<p>Dear Gary: Thank you for flagging that. I will correct that. Thank you!!<br> &nbsp;</p>
Saw you on Goodman's Democracy Now! Please promise to wear that Milwaukee Brewers tee-shirt while on the phone with us.
Very interesting history of old man Koch doing business with the Soviets. Many people and companies did - big deal. The McCarthy connection is interesting, but the author leaves out one critically important item: the release of the Venona Transcripts which showed just how heavily infiltrated out government was by communist spies and sympathizers. The other unfortunate thing about all of you Leftists is how much you denigrate Welch of the John Birch Society. What you can't stand is that he pointed out how big money interests in the western world financed the Bolsheviks and the Nazis. When you get the Left and supposed Right attacking you, as Welch was attacked, you know you have struck a chord.
No, when people from two sides of the political spectrum attack you, it means you are an idiot with a mission and both sides see it coming!
Fred Koch built refineries for Hitler and for Stalin. That's where Charles and David made the $ they use so secretly and egregiously to fund their attack on human beings (not to mention the planet).