Don't fancy the thought of your spinach and carrots being grown in sewage sludge?

Neither does Mario Ciasulli, a semi-retired electrical engineer living in Chapel Hill, North Carolina. Mario likes to cook, and enjoys good food. When he found out last year about the practice of spreading dried and heated human and industrial waste as "fertilizer" on food crops, he was upset.

But sometimes the vegetable Mario needs for a dish isn't certified organic, or he can't afford the higher price of the organically grown version. Until he found out about sludge, he thought that as long as a "conventionally" grown fruit or vegetable he used wasn't one of the "dirty dozen" for pesticide residues, he had nothing to worry about.

Sewage sludge is created by all of the human waste flushed down the toilet and sinks -- which includes all the pharmaceutical residues the men, women, and children in the city using the sewage system use -- and all the material corporations flush down the drain, which can include industrial materials, solvents, medical waste, and other chemicals. The water is removed from the sludge, and it is heated to kill certain bacteria, but the heating of the sewage sludge does not remove metals, flame retardants (which California recently listed as a carcinogen, or cancer-causing agent), and other chemicals that remain in the sewage sludge when food crops are grown in it. 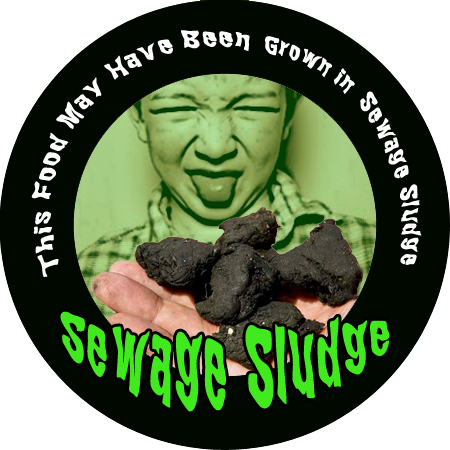 In addition to flame retardants and metals, sewage sludge has been shown to contain toxic substances and other contaminants such as endocrine disruptors, pharmaceutical residues, phthalates, industrial solvents, resistant pathogens, and perfluorinated compounds. Some of these contaminants can "bioaccumulate" in plants grown in sludge-contaminated soil and remain as residue on vegetables in contact with the soil. These plants are then eaten by children and adults.

Because he thought that other food shoppers would be as nervous about eating food grown in sewage sludge as he was, Mario believed that information about which "conventional" produce is grown in sewage sludge should be publicly available. So he decided to ask around at local grocery stores, to see what their policy was on purchasing from producers who grow crops in sewage sludge, and notifying their shoppers of the risks.

Mario asked first at Whole Foods Market, because he believed its public statements about transparency and educating its shoppers.

Mario went back and forth for months with the "team members" and "team leader" at his local store in Chapel Hill. He even had an email conversation with the vice president of his southern region of Whole Foods stores.

Everyone told him that Whole Foods neither asks farmers whether or not they grow food in sewage sludge, nor will they tell consumers about the possible risks from sewage sludge when they buy "conventional" produce instead of certified organic fare. 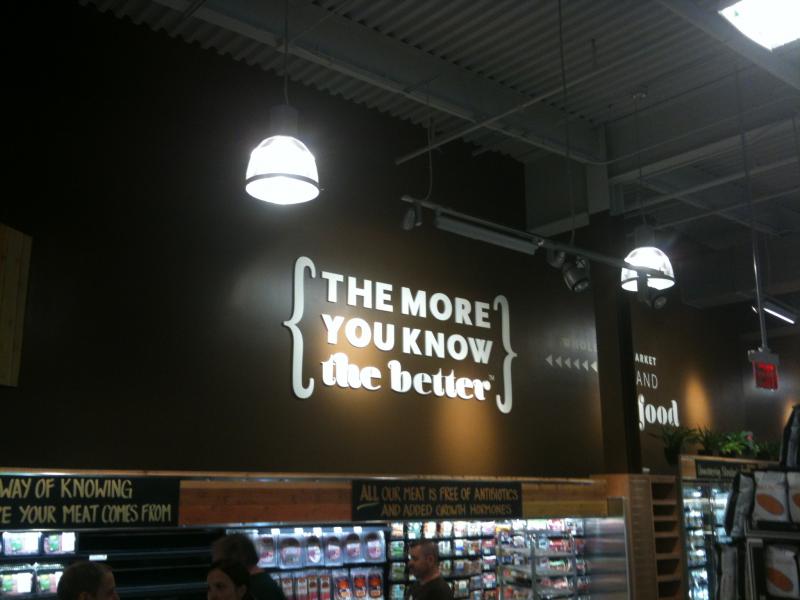 When Mario asked the regional vice president, "Why does WF allow non-organic produce on shelves without checking the conditions they're grown in?" he called the answer he got "corporate doublespeak" and summed it up as: "Whole Foods don't ask, [and] they [the farmers] don't tell."

Mario has suggested that Whole Foods Market ask farmers who supply non-organic produce a simple question: "Do you spread 'biosolids' on any land where you grow crops sold to Whole Foods?"

Then, armed with this information, Mario has asked Whole Foods to label produce grown in sewage sludge. As signs in Whole Foods' meat departments say, "The more you know, the better."