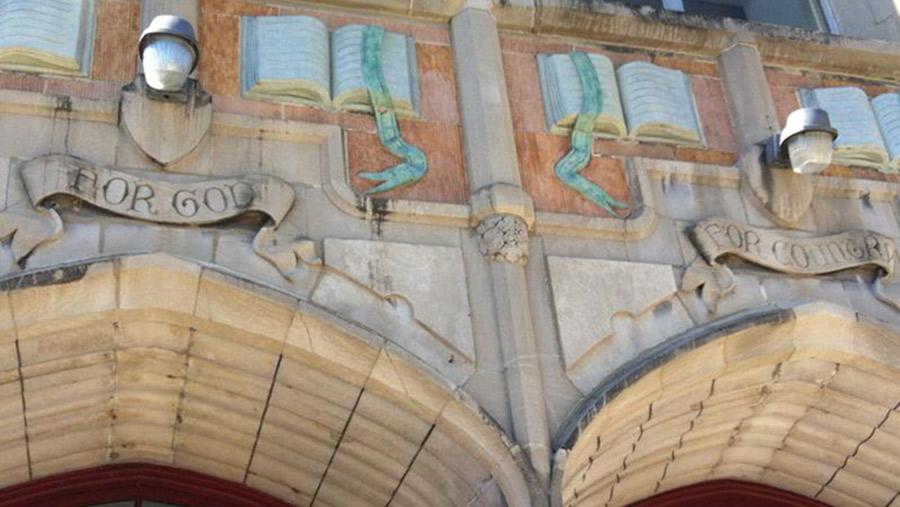 The entrance to St. Mary Elementary School in Janesville, Wisconsin has two identical archways with contrasting inscriptions. One entrance says, "For God." The other says, "For Country." That is where Mitt Romney's vice presidential running mate, U.S. Rep. Paul Ryan, first merged his studies of government and religion as a young student.

And the priest who presides over the archways and the towering steeple of the Nativity of Mary says that Ryan's interpretation of Catholic teaching in national budgetary matters and his prospective vice presidential role have him "worried." Father Stephen Umhoefer told the Center for Media and Democracy (CMD) that he supports a role for religion in the public square, but that Ryan's austerity budget and proposed steep cuts in social programs are inconsistent with the Catholic teachings that Ryan cites to justify the policies. "If he is following his conscience, he is doing the morally correct thing. But he shouldn't wrap himself in Catholic teaching because he is not using that [teaching] in what I would say is a balanced way," said Umhoefer.

Umhoefer, 72, has led the church since 2002 and was the Ryan family pastor until the family left for another Janesville parish a few years ago. Ryan's current parish is led by a priest who teaches on the diocese faculty under the deeply conservative Madison Bishop Robert Morlino, who characterizes Ryan's judgment as "in accord with all the teachings of the Church."

Ryan's leadership as chair of the House Budget Committee and author of the "Path to Prosperity" Republican budget blueprint and the FY 2013 House Budget Resolution has become a lightning rod for criticism by other Catholic bishops, ecumenical groups, and lay leaders. 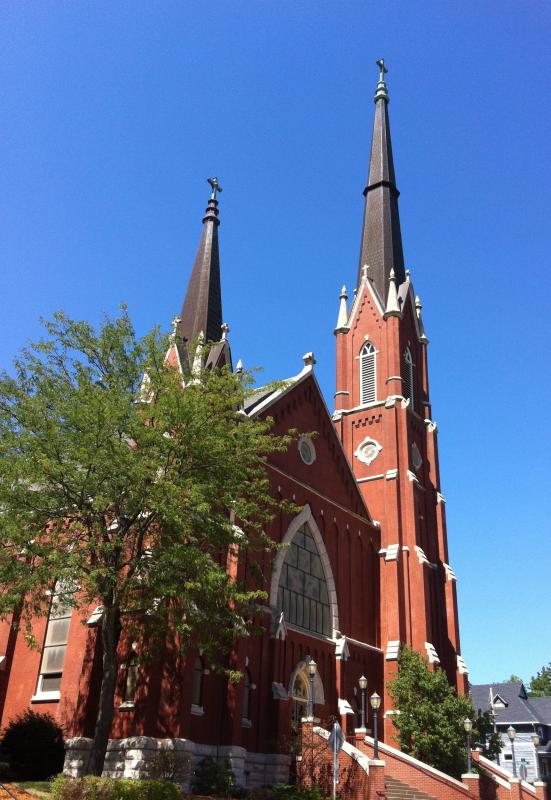 In introducing Ryan to the nation as his running mate Saturday, Romney said that Ryan's beliefs "remain firmly rooted in Janesville, Wisconsin," and pointed to his life as a "faithful Catholic." If elected, Ryan would become the first Catholic Republican vice president in history. The Ryan budget, which passed the U.S. House of Representatives in 2012 but died in the Senate, would slash taxes on the rich and on corporations, while implementing massive cuts in social safety net programs. It would repeal Obamacare, cut Medicaid, transform Medicare into a voucher system, cut student loans, and end the Earned Income Tax Credit program for the poor, while reversing Wall Street financial reforms.

Standing alone, the harsh austerity budget was controversial enough. But in an interview with the Christian Broadcasting Network in April 2012, Ryan defended his budget as in conformity with Catholic social doctrine. "[T]he preferential option for the poor, which is one of the primary tenets of Catholic social teaching, means don't keep people poor, don't make people dependent on government so that they stay stuck in their station in life. Help people get out of poverty onto [a] life of independence," Ryan said.

The U.S. Conference of Catholic Bishops took sharp exception, calling on Congress to resist "for moral and human reasons" cuts to food and nutrition programs to the poor. The Conference called instead for "shared sacrifice ... including raising adequate revenues, eliminating unnecessary military and other spending, and addressing the long-term costs of health insurance and retirement programs fairly." Faculty at Georgetown University put it more bluntly in an open letter to Ryan: "Your budget appears to reflect the values of your favorite philosopher, Ayn Rand, rather than the Gospel of Jesus Christ."

Father Umhoefer followed the controversy from Janesville. He said in an extended interview that he had a "very friendly pastor-parishioner relationship" with Ryan, but that the two "never sat down and talked politics." He noted that he has not read in full the dense, 60-plus page Republican budget, but that he has reviewed the budget through a range of Catholic and ecumenical materials and media reports, and he shared the concerns expressed by the bishops.

"The Primary Question Is, How Does This Affect the Poor?"

Umhoefer said that Ryan's lack of attention to the poor and the emphasis on individualism espoused by role models such as Ayn Rand concerned him. "Paul would say that the only way to save the country from a coming [fiscal] disaster is 'follow my plan.'" But according to Umhoefer, the problem is "you can't tell somebody that in ten years your economic situation is going to be just wonderful because meanwhile your kids may starve to death."

Umhoefer said that in Janesville, which lost some 5,000 jobs related to the auto industry after a GM plant closed in 2009, residents continue to seek emergency food and housing support and social service organizations have been running out of funds. A house across the street from the church sits with a red "condemned" sticker prominently on the door, and another house on the block has a sign that declares, "Price Reduced."

"The welfare check runs out and people are suffering now in ways that they haven't before," he said, noting that the church has hired two former auto workers with wages and benefits far below their former level.

Umhoefer said that wealthy church members have offered support for shared sacrifice and revenue raising proposals such as the Warren Buffet rule that asks millionaires to avoid loopholes and pay a tax rate of 30 percent. "I can't always invite my neighbor over to dinner, but I ... need to pay a certain amount of taxes. And I need to vote to make sure taxes are used to help make sure that my neighbor isn't starving," he said.

Umhoefer also laments what he calls an excess of individualism in America that is sometimes abetted by politicians. He prepared for CMD a section of the church catechism, which states that the church "has refused to accept, in the practice of 'capitalism,' individualism and the absolute primacy of the law of the marketplace over human labor." Umhoefer said that he doesn't mean to accuse Ryan of choosing individualism as a creed over community, but that Ryan's promotion of Ayn Rand to his staff and others is "an alternative universe of which he is a member.... What I call an excessive attitude of individualism is doing a great deal of harm to us as a society because we are forgetting society values," said Umhoefer.

Priest to Ryan: "You Can't Just Pack Your Own Heat"

Umhoefer said that Ryan has also selectively presented to his audiences a Catholic concept of empowerment known as "subsidiarity." Ryan explained subsidiarity to the Christian Broadcasting Network as "not having big government crowd out civic society, but by having enough space in our communities so that we can interact with each other, and take care of people who are down and out in our communities."

Umhoefer said that he agrees with the "Nuns on the Bus," a group of liberal nuns who recently undertook a bus tour and visited Ryan's Janesville office to underscore the absurdity of Ryan's approach. "Just on food stamps alone, Congressman Ryan is wrong that the church can take care of this issue. The cuts that have been proposed and passed by the [U.S.] House are going to require every church, every synagogue, every mosque, every house of worship in the United States, each year for ten years, to each raise $50,000. It's impossible," said Sister Simone Campbell during the Janesville stop. CMD covered the Nuns on the Bus Tour and sought the interview with Umhoefer after the nuns presented an alternative "moral budget" in Janesville.

Reading from the catechism, Umhoefer explained that government "should support [local communities] in case of need and help to coordinate its activities with the activities of the rest of society, always with a view to the common good." He said that when subsidiarity lacks resources and coordination, government can fail when it is most needed. But sometimes we need to be rescued: "You can't just pack your own heat and protect your own building," he cautioned.

"What I wish for Paul -- he is so smart and so articulate and has made this whole budget, which he can defend on his own view ... of how the economy and politics work. I wish he wouldn't bring in the Catholic church. He doesn't need to if his economic and political argument are strong, and I'm sure he believes that they are."