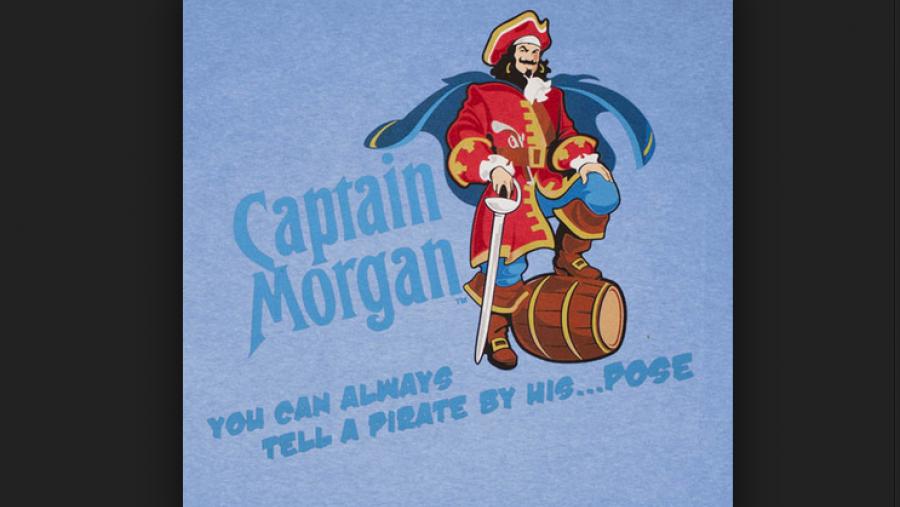 As noted in the Center for Media and Democracy's SourceWatch, Diageo owns Captain Morgan and numerous other popular brands of liquor. The corporation is based in London, had revenue of $14.6 billion in 2010 and paid its CEO Paul Walsh $9.68 million the year before. Diageo is the world's largest marketer of alcoholic beverages. In addition to Captain Morgan, it owns Smirnoff, Crown Royal, Johnny Walker, Jose Cuervo and Guinness, among other brands.

Diageo also recently convinced a California court to grant the company protection from liquor taxes, charging Diageo just 1/30th of what the state's tax board and a lower court thought the company should pay for fruit-flavored Smirnoff beverages dubbed by detractors as "alco-pops" that under-age kids might want. The company won a similar victory in Nebraska.

By counting as a beer rather than liquor, drinks like Diageo's "Smirnoff Ice" can advertise on broadcast TV and be sold in many grocery stores, providing easier access to the youth market. With the introduction of "Ice" a decade ago, one study found that more than 1,500 Smirnoff Ice ads ran on TV programs that had disproportionately youthful audiences, in violation of the alcohol industry voluntary code, which has virtually nonexistent enforcement mechanisms.

But Diageo's membership on ALEC may also lead the company to fool's gold. Other consumer-sensitive U.S. food, beverage or restaurant companies like Coca Cola exited ALEC amid public attention to ALEC's role in controversial laws, including laws to make it harder for Americans to vote and laws that make it easier for vigilantes to evade prosecution. This spring, CMD documented how ALEC pushed "Stand Your Ground" legislation (also misleadingly called the "Castle Doctrine") in numerous states after Florida adopted the law in 2005. That law was cited initially to prevent the arrest and prosecution of George Zimmerman for fatally shooting an unarmed Florida high school student, Trayvon Martin. After a public outcry, Zimmerman was eventually charged with second degree murder.

This has led some to ask: why is Diageo "standing its ground" with ALEC?

But the UK's Diageo Remains a Leader and Funder of ALEC

For a number of years, Diageo has had a leadership role in ALEC as a member of its corporate governing board. It also has a seat on ALEC's Tax and Fiscal Policy Task Force, meaning that it gets an equal vote with legislators on whether to adopt templates to change state tax laws. The task force is directed by former Charles Koch Institute intern Jonathan Williams. Kenneth Lane, Vice President of Government and Trade Relations at Diageo, represents the company on ALEC's Private Enterprise Board. Joshua Sanders, Diageo's senior director of government relations, is the company's representative on the ALEC tax task force. ALEC legislative leaders are tasked with a duty to get model bills introduced and passed at home -- without disclosing that corporations pre-voted on the bills with politicians behind closed doors at ALEC resort meetings. 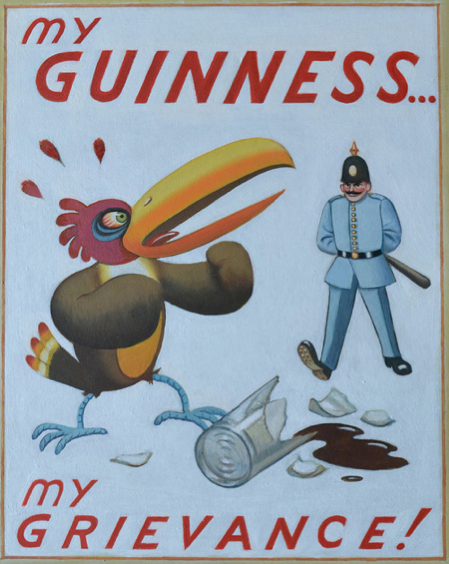 ALEC model bills benefiting the alcoholic beverages industry have included "The Drug and Alcohol Defense Act." It grants an exemption from legal liability if a plaintiff's injuries were mostly attributable to his or her own drinking. That is, even if a defendant shared some but not most of the blame for the injury there would be no legal consequences. Alcoholic beverage producers are not expressly listed as potential defendants but the implications of the bill are clear.

Among the other goals of the Tax task force on which Diageo has had a seat for a number of years is fulfilling Grover Norquist's wish for state constitutions to require that all tax and license fee increases be approved by a 2/3 majority of the legislature, allowing a minority of politicians to dictate policy and thwart majority will. It has also sought to limit state power to raise revenue by indexing tax brackets to inflation, although other ALEC model bills oppose the use of inflation as a basis for increasing the minimum wage. And, it has sought changes to automatically require states to adjust individual and corporate tax rates downward if tax revenue collected in previous years increases when the economy is strong, and, among other things, supported a flat tax, where the wealthiest corporations and people pay taxes at the same rate as the middle class or poorest, reversing America's history of progressive taxation.

Although a number of these model bills were approved before Diageo became a leader of ALEC and involved in this task force, there is no indication in the public record that the company ever sought to reverse these ALEC templates.

Diageo Dumps Heartland over Climate Change Denial but not yet ALEC

In May, Diageo announced that it "vigorously opposes climate scepticism," and ended its support for the Heartland Institute after that organization compared global warning proponents to Unabomber Ted Kaczynski. Heartland is a long-time member and partner of ALEC in its legislative agenda, including climate change denial, crushing unions, privatizing public education, and numerous other extreme positions.

Even Miller brewing called bar time on ALEC, but Diageo is still sticking to its barstool with ALEC by its side.

No more Guinness for me as long as Diageo stays with ALEC!
This company is full of it. They will only do the popular thing. They talk about diversity for the GLBT community, they talk about their commitment to racial and sexual diversity, they talk about global sustainability yet they are on the board of the most influential orgaization around that would destroy all of this. Boycott these clowns until they see the light!!!