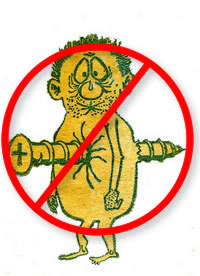 The Obama Administration will be making some important decisions over the coming weeks that will determine to a large extent whether consumers or health insurers will be the biggest beneficiaries of health care reform.

When Congress passed the Affordable Care Act last year, it included a controversial provision that insurers insisted on, but which is undoubtedly the most unpopular part of the law: a requirement that all Americans not eligible for a public program like Medicare or Medicaid must buy coverage from a private insurance company.

To make that mandate fairer and more palatable, Congress also included provisions that eventually will make several of the insurance industry's most egregious practices illegal, such as refusing to sell coverage to people just because they have a pre-existing condition. The law also prohibits insurers from selling "junk" insurance and from cancelling policyholders' coverage at the time they need it most -- when they get sick.

Just as important, the law requires insurers to spend at least 80 percent of our premium dollars on actual medical care, and it requires them to provide us with much more information -- in language we can understand -- to help us choose a policy that makes the most sense for us and our families when we're shopping for coverage.

The Obama administration has the responsibility of writing rules to carry out all of the law's provisions, and several of those rules are expected to be announced soon.

Many consumer advocates are concerned that the administration is listening more to insurers than to them. And possibly for good reason.

It was disclosed by POLITICO just this week that Aetna, the third largest health insurer, was granted a private meeting on November 16 with top administration officials. Records show that the meeting took place just days after an agency within the Department of Health and Human Services sent to the Office of Management and Budget its proposed final rule on the provision requiring insurers to spend at least 80 percent of their premium revenue on their policyholders' medical care. If insurers fail to meet that minimum, they'll have to pay rebates to their customers.

While most insurers that sell decent coverage should have no problem complying with the law, insurers that sell so-called "mini-meds" -- policies with limited benefits that have annual caps of just a few thousand dollars -- are facing having to pay millions of dollars in rebates. That's because those policies by design pay out far less than 80 percent of premiums on care.

People who buy those policies usually don't have a clue that so much of their premium dollars are going to cover overhead expenses and into the pockets of executives and shareholders. They are often the most profitable policies sold by an insurer -- and Aetna is one of the biggest sellers of mini-meds. CIGNA, the company I used to work for, is another major marketer of these policies. Both Aetna and CIGNA spent millions of dollars several years ago acquiring companies that specialize in mini-meds.

Because millions of people are enrolled in mini-meds, the Obama administration gave Aetna and other sellers of these policies a waiver from the law's 80 percent requirement for 2011. The administration was worried that the law's critics would accuse the president of causing those people to lose their coverage if the waivers were not granted, even though many mini-meds are a waste of money.

Earlier this year, Aetna urged HHS to extend that exemption until 2014. That's the year that the states will have their health insurance exchanges -- or marketplaces -- up and running -- and when annual and lifetime benefit limits will be banned for good. It is also after the next presidential election. You can be certain that the insurance industry will be pouring money into efforts to elect a more industry-friendly president than Barack Obama, one who would be inclined to scrap all the new regulations and consumer protections in the law and let insurers continue selling mini-meds forever.

Big Insurers Get Access, but How About Consumer Advocates? 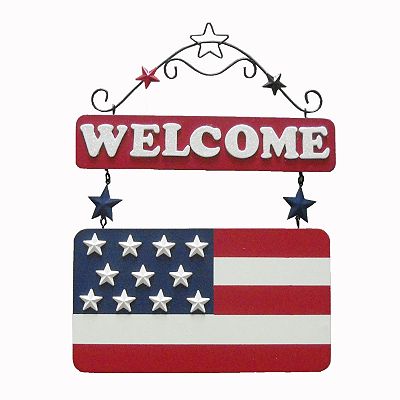 While it is not unusual for insurers to have access to administration officials -- visitor logs showed that Aetna's CEO made numerous trips to the White House during the reform debate -- it is quite unusual for the administration's top regulator -- Cass Sunstein, who heads Obama's Office of Information and Regulatory Affairs -- to sit in on meetings pertaining to health care reform rules. Records show, in fact, that the Aetna meeting was the very first one on such rulemaking that Sunstein has attended.

There are no records showing that consumer advocates have been given anything approaching similar access. It will be interesting to see if Sunstein and his colleagues agree to meet with anyone representing consumers over the next week or so. I'm certain that some have called the White House requesting such a meeting after news of the get-together with Aetna was disclosed.

Neither Aetna nor the White House have said exactly what was discussed during the meeting, but I can imagine that mini-meds were not the only agenda item.

The industry is also pressuring the administration to allow insurers to sell policies with skimpy coverage after 2014, and it is upset with the requirements that insurers have to provide consumers with information that is concise and understandable and that allows apples-to-apples comparisons among health plans.

On that last issue, Sen. Jay Rockefeller (D-West Virginia) and Rep. Rosa DeLauro (D-Connecticut) sent letters a few days ago to top administration officials urging them "to promptly and effectively implement critical provisions (of reform) that will help consumers shop for the best value in their health care coverage."

"When individuals buy cars and computers," the lawmakers wrote, "they know exactly what they are buying and how much it will cost. Yet, when it comes to making choices about health care coverage, it is often very difficult for consumers to tell what is actually covered and how much they will have to pay, because the details of coverage are deliberately made obscure or shrouded in health insurance legalese."

Rockefeller and DeLauro, who have both worked on committees that have investigated insurance industry practices, know what they're talking about. The administration should pay far more attention to what they have to say than to executives and lobbyists for Aetna and the rest of the industry who, take it from me, are more interested in their own best interests than in their customers.

consumers were unmistakably vocal about single payor. No one in their right mind could possibly believe that the cost to administrate a single universally understood plan could not save billions over the costs to administrate hundreds of different plans designed, each in part, to obfiscate coverage and payment terms. consumers directed the vocal message clearly to the white house and the white house summarily folded like an origami bird at the first hint of industry pressure. It is becoming prohibitively naive to dilude oneself any further into believing that anyone in d.c. has any interest in improving the lot of 95% of us. The best way to impliment the remaining dismal excuse for a window dressing is to scrap it. Perhaps we'll pick this up again as part of a larger overhaul of the wretched excess and profain dealing in the insurance industry. the best way for media to help is to stop promoting the disinformation that there is something to be gained by roughly 95% of us for playing along with this hypocracy-laced (?hypocratic?) side show lie. media needs to do a much better job listening as well.
The Obama administration has the responsibility of writing rules to carry out all of the law's provisions luis013