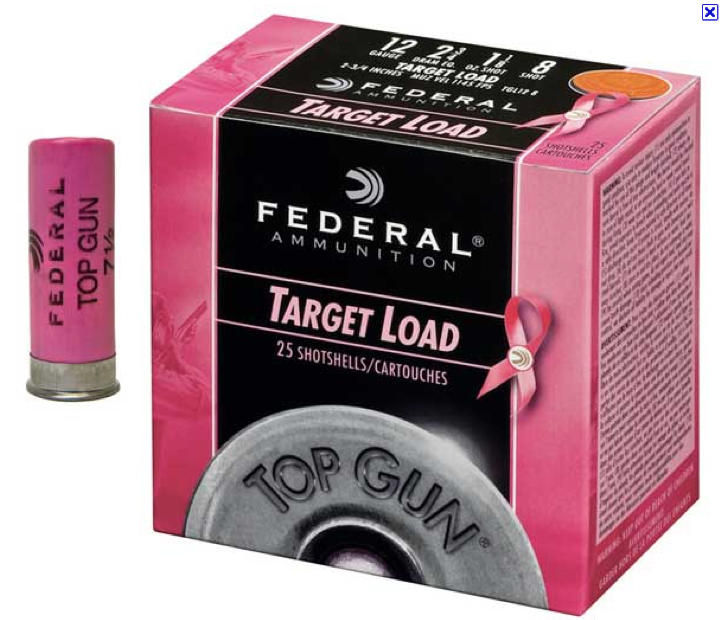 Every October's push for "breast cancer awareness" brings another example of egregious pinkwashing, and this year was no exception. As if pink toasters, pink beer pong tables and even a pink Smith and Wesson handgun weren't enough, October, 2011 brought us pink, breast cancer awareness 12-gauge shotgun ammo, courtesy of Federal Ammunition.

Advertised with the slogan, "Tough Enough to Shoot Pink," Federal said the pink bullets were "part of an important mission to find a cure," and promised that a portion of the sale of the pink bullets would "go directly to the search for a cure." We called Federal Ammunition to find out what portion of the sales went to charity, and which charity got the funds. Days later, a woman named Lynn at Federal returned the call and said that 5 percent of each sale gets donated to the "Network for the Cure." When I asked if she meant Susan G. Komen for the Cure, she reaffirmed that the correct name of the charity was "Network for the Cure." A search for a breast cancer-related charity called "Network for he Cure" turned up nothing.

A 2005 study in the Journal of the American Medical Womens Association reported that American women who are killed by their intimate partners are more likely to be killed with guns than by all other methods combined. Another study by the Violence Policy Center, "When Men Murder Women: An analysis of 2003 Homicide Data" (pdf), found that firearms are also the most common weapons used by males to murder females, all of which make guns and ammo particularly offensive and inappropriate products for pinkwashing.

Your knee-jerk opposition to the single most powerful tool women have to keep from becoming victims of crime--firearms--is appalling. Dragging it into a completely separate issue as you did here is one of the most misogynist and patriarchal things I've witnessed lately. In your haste to inflict an elitist suburban Madison view on the vast and complex issue of the right to keep and bear arms, you erase the experience of countless millions of us queer, disabled, elder, minority, and atheist women who carry and use firearms. We are intelligent, competent tool users. We are not victims. Distort the facts all you want, but you are betraying your own anti-female opinions: that when a firearm is in the room, little fluffhead women have no role but to die. That is a slap in the face of all of us who have fought all our lives to stay safe, and keep our loved ones safe, refusing the status of victim that you liberal upscale women like to inflict on others. Millions of times each year our mastery of firearms keeps us, and our loved ones, from being targeted as prey by others. When we ARE targeted, ballistics gives us the power to fight back. And win. But you don't care about that. You instead trot out the PR propaganda from VPC. Then you expect us to take you seriously as PR debunkers? Also, your thinking is ridiculously simplistic. Children are more likely to die of motor vehicle accidents and drowning than from any other accidental cause. Why aren't you also vilifying cars and swimming pools? I don't need your protection. My SIG .40 and Kimber .45 give me all I need. And when I lived in Madison, and was being stalked by a crazy and violent drug addict, and for my personal defense was being handed a piece of paper by the courts, and given a lot of shouty feel-good nonsense by "feminist" "self defense" "trainers," what I really needed was Pink Pistols and Power For Women. Not a lot of gun-scaredey women-are-victims claptrap. Thank the gods I got away from all of you who cannot identify with a woman's power, only her victimization.
While I don't agree with how this piece of writing deviated from what I would assume is the main point, I think that if the main point was in fact that people and company's are taking advantage of this whole breast cancer "awareness" bs I don't think that you should take it too personally. Although I mean i don't really wanto even be writing this, bc I do really agrees with you, I just like to highlight the point of the breast cancer awareness ridiculousness than anything. maybe youre right though, maybe they just wanted to get at something other than what seemed to be the point at first.
stupidity is as stupidiy says, in you case. contact with guns raises your danger. period. right wing horseshit will never overcome fact.
Shotgun shells contain several pellets, not a bullet (i.e., a single projectile). Referring to them as such is not accurate. I disagree with the claim that guns and ammo, by their very nature, are specifically and inextricably linked to violence against women. I find this article's implication&mdash;that a woman's only plausible role in a situation involving firearms should be that of a victim&mdash;to be indicative of a helpless, archaic, patriarchal mindset. I do agree with the sentiment that pink shotgun shells are really, really, dumb.
you so freaking dumb...
Federal also has a Wounded Warrior product identical to this one. Same ammo, just different colors, red white and blue. I'm guessing that firearms are also the most common weapon used by males to...sadly...be the result of our fallen troops...since the day they have been defending this great nation. I don't find that offensive or inappropriate. I'm not entirely surprised your search for "Network for he Cure" turned up nothing seeing that the word "the" was spelled wrong.