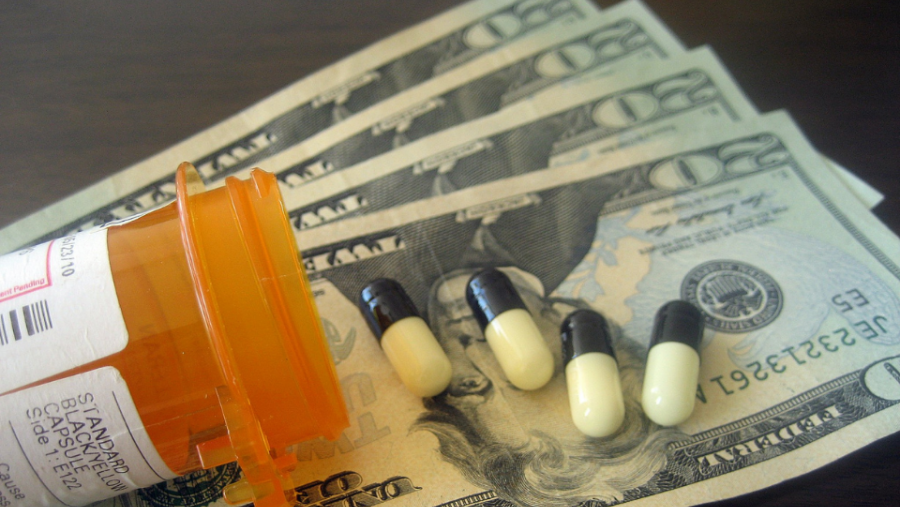 Two pharmaceutical companies that are corporate members of the American Legislative Exchange Council (ALEC) were hit with some of the biggest criminal and regulatory penalties by federal and state governments in 2020. Other corporate ALEC members also paid significant fines and penalties last year.

There were over 17,000 penalties against thousands of companies in 2020. Of those operating in the U.S., the two ALEC corporations—drugmakers Novartis and Mallinckrodt—ranked among the top 10 violators.

ALEC is a pay-to-play operation where legislators and corporate lobbyists meet behind closed doors to adopt model legislation on a broad range of public policy issues.

Both companies have attended ALEC annual meetings in recent years, and Swiss multinational Novartis has been and may still be a member of the group’s Health and Human Services Task Force.

In 2020, Novartis agreed to pay $642 million to settle claims that it violated the False Claims Act, having allegedly used three foundations to cover copayments for Medicare patients taking two of its drugs and paying kickbacks to doctors who prescribed its medications.

Separately, Novartis, its Greek subsidiary, and former subsidiary Alcon were fined $345 million by the U.S. Department of Justice for violating the Foreign Corrupt Practices Act (FCPA), which prohibits the payment of bribes to foreign officials to obtain or retain business. The subsidiaries profited from bribes they made to medical professionals of state-owned hospitals and clinics to prescribe their drugs and use their surgical and eye care products, according to the Justice Department. Both companies falsified their books and accounts to conceal the bribes.

In previous years, Novartis has paid out more than $1 billion in fines and settlements for its misconduct, according to the Corporate Research Project.

“For more than half a century, the big drug manufacturers have been involved in scandal after scandal involving the coverup of safety risks, the illegal marketing of their products, pricing abuses and many other offenses,” said Phil Mattera, research director at Good Jobs First. “They have paid billions in fines and settlements but never seem to clean up their act.”

In February 2020, Mallinckrodt agreed to pay $1.6 billion to settle thousands of lawsuits against it for fueling the opioid crisis through improper marketing and distribution activities. While Mallinckrodt is headquartered in Ireland for tax purposes, its operational headquarters are in the U.S.

Attorneys general of 47 states and U.S. territories had sued Mallinckrodt, the largest generic opioid manufacturer in the U.S. Over several years, the $1.6 billion will enter a trust fund, along with payments from other opioid manufacturers, to settle claims and pay governments for the cost of treating opioid addiction and related prevention programs.

Looking to ALEC for Help

Pharmaceutical firms like Mallinckrodt and Novartis belong to ALEC so they can advance their legislative agenda, including ALEC’s model bill, the Drug Liability Act, which limits punitive claims brought by victims of their drugs.

ALEC first promoted this model bill in 1995, the same year that Michigan adopted a version, calling it the Product Liability Act. As of 2018, the law, which the Michigan Chamber of Commerce supported, prevented individuals and the state from suing drug companies, according to The Detroit News. A version of the model bill was introduced in Wisconsinin 2011 at the urging of former ALEC member and then-Gov. Scott Walker, with industry support; it did not pass.

In its Drug Liability Act, ALEC claims the lack of liability limitations “has severely harmed the public interest by creating disincentives for the research and development of new pharmaceutical products and by delaying or preventing the introduction into the market of products that could prolong or even save the lives of individuals.”

The claim that limiting liability would benefit the public is dubious. Rather, the model legislation would restrict consumers’ rights to sue for unsafe drugs. Another model bill, the Statute of Limitation Reduction Act, would reduce the time allowed to bring forth a lawsuit after injury or death.

The proposed legislation would prevent lawsuits against pharmaceutical companies solely on the grounds that a drug was approved by the FDA, reducing the incentive for drug companies to recall dangerous products. (See CMD’s "ALEC Exposed" wiki for more on the group’s role in changes to tort law.)

ALEC has promoted other model bills that are helpful to drug companies, including:

ALEC members who manufacture drugs were not the only companies to be hit with penalties in 2020. State Farm paid $10.4 million in consumer restitution and fines for violating insurance statutes and regulations in New York. The insurance company had not paid claims nor interest on those claims in a timely manner, among other violations.

ALEC member Anheuser-Busch paid $5 million to the U.S. Treasury for providing illegal inducements to retailers, as well as for other misdeeds.

A 2017 study by the Center for Media and Democracy showed that ALEC’s “biggest corporate funders [including Novartis] are also among the nation’s biggest violators of the health, safety, consumer, worker, and environmental protection laws ALEC seeks to dismantle.”

Some companies hit with large fines and penalties in 2020 are former ALEC members.

AT&T and its subsidiary CNN were fined $133 million for labor and other violations in 2020. Verizon was fined close to $50 million for telecommunications violations and employment discrimination.

Both, companies, along with Dow Chemical and Honeywell, quit ALEC because David Horowitz, a Southern Poverty Law Center-identified anti-Muslim hate figure, spoke at one of ALEC’s 2018 gatherings. After the speech, Common Cause and other groups called on large corporations to stop funding the group.

A new campaign, in which CMD participates, began in May 2020, when more than 70 civil rights, religious, investor, labor, environmental, and public interest organizations urged remaining ALEC funders “to cut ties with the organization after ALEC announced it was co-leading a lobbying effort to push the federal government and states to ‘reopen’ despite public health officials’ warnings about COVID-19.”

Anheuser-Busch, Novartis, and State Farm were among the companies the coalition urged to quit ALEC.

“Make no mistake,” the companies’ executives and board chairs were warned, “your continued financial support of ALEC is an active endorsement of this dangerous effort. The money your company is contributing to ALEC is helping fund this campaign—one which is direct contravention of public health guidelines.”

So far, unlike 2018, no companies have responded by quitting ALEC.