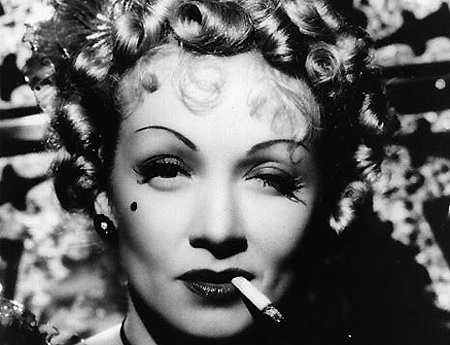 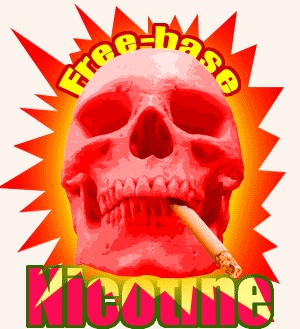 When Dana Reeve became ill with lung cancer, she said she had never smoked. To imply that smoking caused her illness and subsequent death is misleading. Every year, many people who have never been smokers, are diagnosed with lung cancer. While smoking is the leading cause of lung cancer (and contributes to many other types of cancers), it is not the only cause.
According to the American Lung Association, while there is always exceptions... it is very close to 100% the cause. See the articles the linked by the above post.
18% of lung cancer occurs in non-smokers. 80% of that 18% are women.
TRUE-she Never smoked. BUT-she worked waitressing in smoky bars and restaurants-making her the exception that proves the rule. YES-Asbestos workers and those exposed to radiation and secondary smoke DO get Primary Lung Cancer. They are probably most of the 15% of non-smokers who get lung cancer. And tobacco is Also responsible for many cases of Bladder, Esophageal, Head and Neck, and Pancreatic Cancer, as well as Adult Leukemia. The Great Majority of Emphysema, and MUCH Coronary Disease, Strokes, and Aortic Aneurysms are due to Tobacco.
I dont believe she said that..... The actually story was kicked off by mentioning Suzanne Pleshette who DID die from lung cancer and did smoke. Also one needs to look closely at the people around you. If youre constantly in contact, or near to, people who smoke.... it can affect ones health passively. The point here however, was many actors who smoke and die from illnesses brought about, or accelerated by smoking, the cause or part of the reason (smoking) simply gets overlooked. It doesnt state everyone that dies from cancer is a smoker
Although Dana Reeve never smoked, she was most likely exposed to second hand smoke. We can't ignore the consequences of this problem. So sad.
--"When Dana Reeve became ill with lung cancer, she said she had never smoked. To imply that smoking caused her illness and subsequent death is misleading." As one so knowledgeable about this, you also must know, but didn't state, that news reports at the time mentioned that her singing career necessitated years spent in smoke-filled pubs and nightclubs. To imply that [others'] smoking had nothing to do with her illness and subsequent death is misleading. "The Death of Dana Reeve Raises Second-Smoke Risk Awareness" http://toronto.fashion-monitor.com/news.php/health/2006030816dana-reeve-cancer "What killed Dana Reeve? "Did years of singing in smoky nightclubs kill Dana Reeve" http://www.theage.com.au/articles/2006/03/08/1141701556489.html
Unfortunately, human nature. MANY journalists smoke, and don't want to face their own mortality, or heaven forbid, be prompted to quit by the deaths of others. Denial ain't a river in Egypt. I cannot BELIEVE the current smokescreen about Paul Newman dying, not from "cancer", but LUNG cancer. Not to mention other celebrity deaths from breast and other cancers that, through the machinations of Big Tobacco, have been prevented from being DIRECTLY linked to decades of smoking. Talk to Christine Applegate about how much she smoked. NO ONE blames the victims. The only blame to be laid is at the feet of an industry, who in this day and this age can still sell and advertise addictive poison worldwide, and the politicians they buy. It's time to recognize the habit of smoking for what it truly is; a bioweapon.
you know, who really cares? everybody is going to go at some point and some of us find great pleasure in smoking, just like some morbidly obese folks find pleasure in eating. your mortality is a "choose your own adventure" kind of thing, whatever it is that you are doing daily will eventually kill you. Some of you folks really need to lighten up. Life is too short. I'm going to go have a smoke now.
Thom responded that we "all have to die of something". Unfortunately, those who die from smoking - about 1/2 of all those who smoke chronically - will die of a disease related to their smoking. And they will die, on average, 14 years earlier than those who do not smoke. Not to mention costing all of us billions of dollars to treat their tobacco-related illnesses. (Overall, smoking related illness costs the U.S. slightly less than $100 B for health care.) And for every person who dies of a tobacco-related illness, twenty will be hospitalized with a smoking-related illness. So, yeah, Thom - go smoke your cigarettes - but could you NOT use tax or insurance dollars to treat your smoking-related illnesses so the rest of us don't have to pick up part of the tab?