New Film on Controversial Wisconsin Mine to Tour State 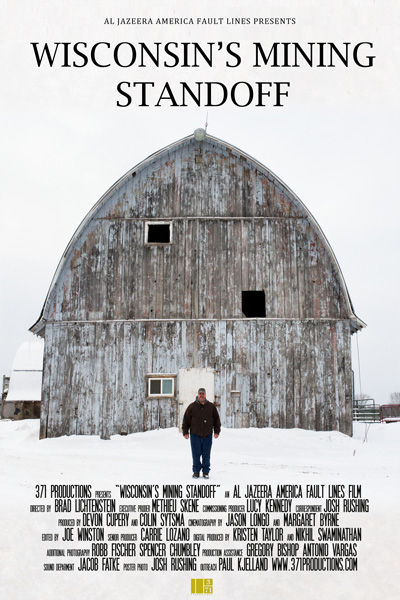 Since 2011, a fight has been raging over a proposed open pit iron mine in northern Wisconsin. While supporters of the mine claim that it would bring several hundred jobs to the economically challenged northern counties, others worry about the environmental impacts of a massive open-pit mine, including the Bad River and Red Cliff Bands of Lake Superior Chippewa, whose tribal lands would be affected.

Many Wisconsinites have also been angered by the apparent influence of big money and out-of-state corporate interests on legislation related to the mine. Mining interests donated millions to Wisconsin Republicans who pushed for new mining legislation, including Governor Scott Walker and state Senator Alberta Darling, co-chair of the committee through which the mining bill had to pass. The Center for Media and Democracy has previously reported on the lack of transparency surrounding new mining legislation and on the role of the Koch-backed astroturf group Americans for Prosperity (AFP) in creating "grassroots" support for the mine. Earlier this year, The Progressive reported on AFP's attempts to influence a local election in Iron County by attacking candidates on the mining issue.

Now audiences all around the state will have a chance to view "Wisconsin's Mining Standoff," a documentary about the proposed mine's potential impacts and how recent legislation has affected Wisconsin's mining laws.

The following screenings have already been announced, all open to the public:

More information about the screenings is available at 371productions.com.