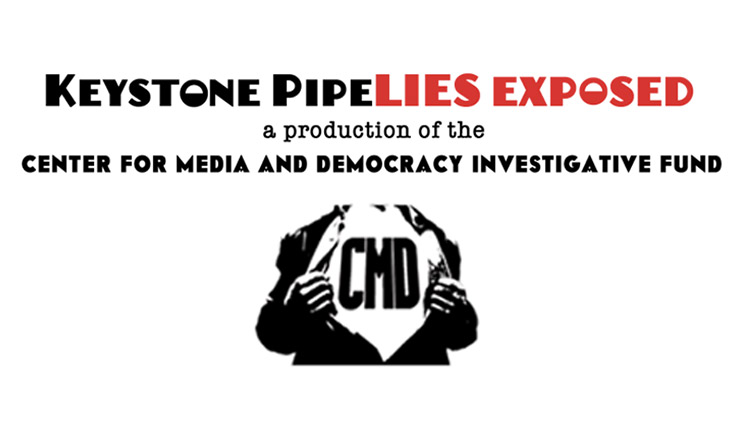 MADISON -- Today, the Center for Media and Democracy (CMD) released a new short film "Keystone PipeLIES Exposed" and major investigative report debunking key claims of proponents of the Keystone XL Pipeline as the State Department solicits comments from the public on its controversial environmental impact assessment.

Over the past seven months, CMD has interviewed experts and activists in Port Arthur, Texas; Detroit; and Washington, DC; and examined detailed tax, safety, economic, environmental, and campaign finance studies in assessing the claims made by proponents of the pipeline, which would carry more than 3/4 million barrels of tar sands oil a day from Canada to Gulf Coast refineries.

"We made this film and investigated the public relations campaign for the Keystone XL pipeline because the fake 'facts' about jobs and energy security peddled by industry-funded politicians and uncritical pundits has left too many Americans deeply misinformed," said Lisa Graves, the Executive Director of the Center for Media and Democracy. CMD is the publisher of the award-winning "ALEC Exposed" investigation reporting project about the American Legislative Exchange Council.

The film, "Keystone PipeLIES Exposed," highlights little known facts about the KXL pipeline project such as the corporate exemption for tar sands oil from the Oil Spill Liability Trust Fund and the limits on taxes due for foreign oil imported to foreign trade zones like Port Arthur. The film also includes footage from major tar sands oil spills in the U.S. and Canada that were only briefly in the headlines despite the enormous damages they caused.

CMD's short film documents that, despite the claims of politicians and others backing KXL: 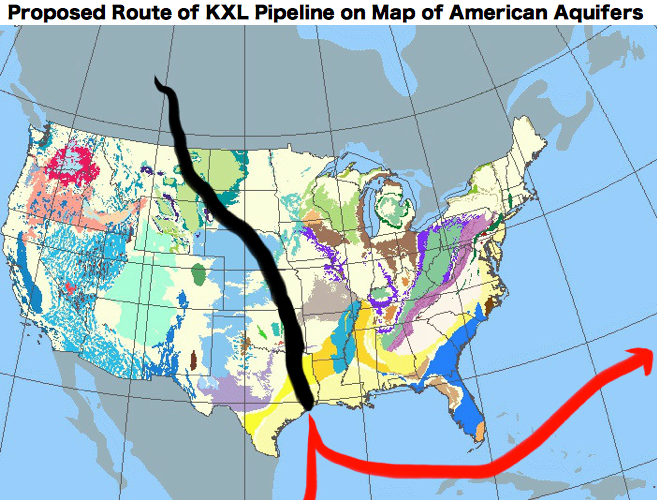 Dave Saldana, the Emmy Award-winning writer, director, and producer of the film, commented: "The Keystone XL pipeline is a phenomenally bad idea. I looked at the claims as a lawyer; what did the evidence show me? The evidence shows that its job creation claims are grossly inflated; that better, greener alternatives would aid America's energy independence and put more Americans to work for a longer time than the pipeline; and that the pumping of tar sands oil across the U.S. primarily for export to foreign countries poses enormous risks to America's water supply, food supply, and air quality. And that's before you even get to what it does to climate change."

CMD's film and related documentation are being released in advance of the March 7 deadline the State Department has set for public comments on their recently released environmental impact assessment, which critics believe signals that the State Department is poised to give a green light to the pipeline's expansion across the U.S.-Canadian border and to the Gulf of Mexico. Also this week on March 2, activists are preparing for KXL protests across the nation.

New Resources for the Press and Public on KXL

The production package for "Keystone PipeLIES Exposed" includes a 22-minute film, a fact sheet debunking the main myths about the KXL, seven 3-minute short videos for easy sharing, and other materials which you can find at our new website: PipeLIESexposed.org. You can follow the conversation at #pipelies and take action here.

In addition, five in-depth investigative pieces will be posted -- one each day this week -- at CMD's main reporting site, PRwatch.org. Follow us on Facebook and Twitter.

What is not on your map is the leg of the pipeline that goes completely across Missouri to the Mississippi River that has already been built and has had at least 12 leaks so far. Missouri has 1500 natural springs that produce water that travels south providing us with fresh water that can be totally destroyed forever with one bad leak. Then it will go into the Hot Springs in Arkansas and then where will they get that bottled water we all drink?
Until y'all decide to use less oil, it is essential. That's the base fact that gets ignored. So if you dont like the pipeline method, suggest a better alternative. Trucks on the highway? Accidents, highway wear and tear, extremely expensive. Rail? Less accidents than trucking, but still lots, and usually in towns or along riverbanks. Less expensive than trucking but still exponentially more than by pipeline. Does nobody remember Exxon Valdez, or the BP rig and several others that blew up in the Gulf? How about the Iraq war, or the events in Libya? Those are the alternatives to bringing oil across this land through a pipeline. The pipeline method has its issues, its not perfect, but please understand that until you quit using the oil, it needs to get here somehow, and if you dont like pipelines, suggest an alternative, dont just criticize.