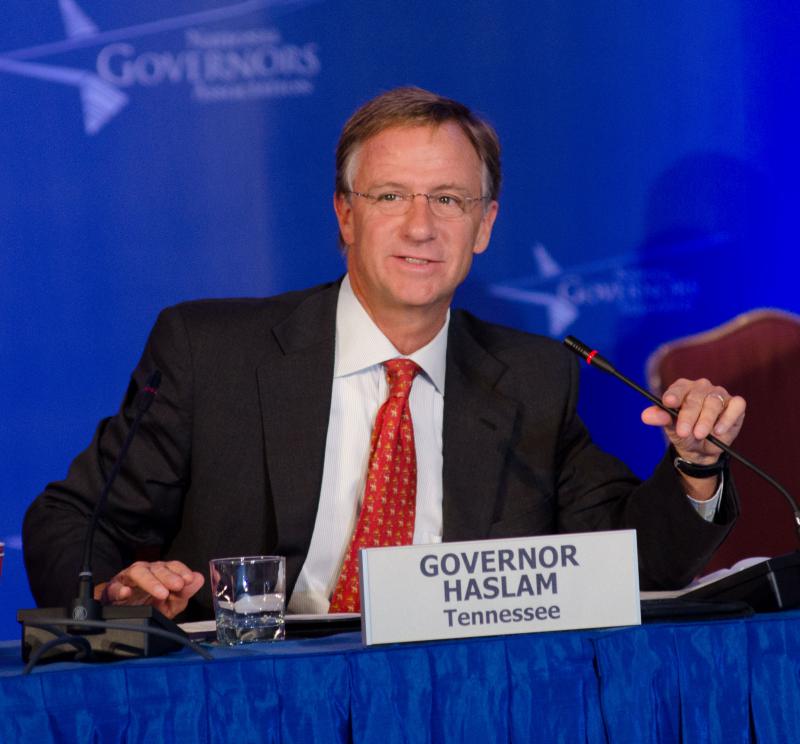 Republican Tennessee Governor Bill Haslam has vetoed a controversial "ag gag" bill that would hamstring citizen investigations documenting patterns of abuse of animals and regulatory violations. These investigations have led in the past to regulatory action and demanded industry changes.

As the reason for his decision, Governor Haslam cited the legal opinion of Tennessee Attorney General Bob Cooper, who last week called the bill's provisions "constitutionally suspect" with regard to the First Amendment. (The First Amendment Center concurs and says that ag-gag bills "harm free speech.")

Independent journalist Will Potter, author of Green is the New Red, has been tracking "ag gag" bills for more than two years. Of Governor Haslam's veto of Tennessee's bill, Potter wrote, "It's a huge victory for Tennesseans, but it also has national significance. The tables have turned on Big Ag, and corporate front groups are desperately trying to pick up the pieces of the worst PR blunder in the industry's history." 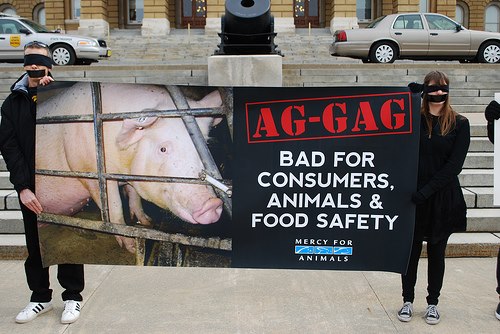 American Idol singer Carrie Underwood joined Emmylou Harris, Ellen DeGeneres, and other celebrities as well as the Humane Society of the United States in urging the governor to veto the bill.

The governor took almost the full ten days allotted him, as well as a delay between the passage of the bill and its official arrival on his desk, to deliberate. Haslam said in a statement that his office "has spent a great deal of time considering this legislation."

As the Center for Media and Democracy (CMD) has reported, 2013 has seen a flurry of similar "ag gag" bills introduced -- 12 so far this year. Only one of them has been made law: Of two related bills introduced in Arkansas, SB13 to make an "improper animal investigation" by someone who is not a "certified law enforcement officer" a Class B misdemeanor (with the potential for a civil penalty of $5,000) passed the state legislature and was signed into law in April. An Indiana bill, SB373, passed both the House and Senate, but differences between the two versions passed were not resolved in conference by the closure of the legislative session April 29. A California bill was withdrawn by its sponsor "amid stiff and growing opposition," according to the Associated Press.

As Will Potter was quick to point out, Governor Haslam's veto of Tennessee's bill comes on the heels of the first "ag gag" related prosecution in the country. Those charges, against a young woman named Amy Meyer who had filmed a meatpacking plant with her smart phone -- reportedly from the vantage of a public sidewalk -- were dropped 24 hours after the news broke nationally to public uproar.

According to Potter, these two defeats close together constitute a "damning indictment" of these measures: "These bills can't pass constitutional muster. They put animals, the environment, workers, and public safety at risk."