The Bradley Foundation underwrote new efforts to undermine popular public policies that help women and families, such as paid sick leave laws through funding for the controversial Independent Women’s Forum.

The roots of the "Independent Women's Forum" were defending Clarence Thomas and attacking Anita Hill.

When I went to work for Planned Parenthood of Wisconsin (PPWI) in 2003 as their legislative director, I was unprepared for the attacks this organization experiences on a routine basis.

In Walker's Wisconsin, women would "clog up the legal system" if allowed to sue over pay discrimination, but men should be given the right to sue if a woman exercises control over her own body.

Rick Berman, the king of corporate front groups and propaganda, has been caught on tape. Listen: 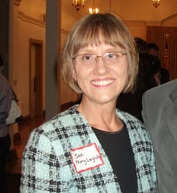 In ten short days, Wisconsin Republicans steamrolled a radical abortion bill through the state legislature to mandate ultrasounds and close abortion clinics, despite passionate opposition from Democratic Assemblywomen. The debate had many dramatic moments and video of the Senate President furiously gaveling down the opposition made national news.

When the Philadelphia City Council passed a paid sick days bill on March 14, it was the second of three wins in a two week period for the movement to let workers take a sick day without losing pay or their jobs. But the Council then fell one vote short of overriding a mayoral veto, providing a case study in how special interests aligned with the American Legislative Exchange Council (ALEC) work to oppose these common-sense bills.

The people of Missouri and Indiana were, in effect, given a referendum on "legitimate rape" on election day, and they soundly rejected the concept by defeating U.S. Senate candidates Todd Akin and Richard Mourdock. The two legislators had stirred controversy over their verbal attempts to characterize the validity of a rape victim's experience in order to push forward their anti-abortion agendas.

As part of a GOP effort to distance itself from the offensive remarks on "legitimate" rape recently made by Rep. Todd Akin, GOP Vice President nominee Paul Ryan has joined in the pleas aimed at the Congressman to pull out of Missouri's fall Senate race. Ryan would not discuss the details of a phone call he made to his friend and anti-abortion ally, but the conversation must have been awkward. Akin was only articulating the view that there should be no exception for rape or incest that he and Ryan both attempted to legislate into law in vote after vote in Congress.

Karl Rove's American Crossroads is hoping to help the GOP regain ground among women, particularly Latina women. According to a Gallup poll President Barack Obama has a 48 point advantage among Latino voters, while a CNN poll finds that women voters back Obama over Romney by a 16 point margin. Now Rove's Super PAC is trying to make inroads with these voters, releasing an online ad that attempts to turn the "War on Women" charge on Obama. The Super PAC is testing the video in focus groups, with an eye toward potentially creating a 30-second TV ad, according to CNN.