Glenn Beck may have ended his controversial talk show on the Fox News Channel, but he's far from gone. Die-hard fans will still be able to listen to him on the radio for free, see his show for a fee, and then some. Beck plans to keep doing a three-hour-a-day radio talk show filmed by six TV cameras that will be available either live or on-demand. He also announced "GBTV," an internet-based, subscription webcast "reality series" produced by his company, Mercury Radio Arts. For just $4.99/month plus an internet connection and a $60 box from a service called Roku, fans will still be able to stream Glenn Beck onto their TV sets starting in September. For just a tad more -- $9.95/month -- fans can join Beck's "Insiders" club to get the privilege of being able to both watch Beck's show on TV AND view video of his daily radio program. Fans who can't wait until September and already belong to Beck's "Insider Extreme" club will be able to see a preliminary show-about-Beck's-show called "The Making of GBTV." Beck also announced a new, non-profit humanitarian project called "Mercury One" aimed at "saving America," and a new Glenn Beck clothing line called "1791: The Original Blueprint," the name of which is derived from the year the Bill of Rights was signed. The style will be all-American items like polo shirts and long-sleeved button-downs, the clothes will be manufactured in the U.S.A. and proceeds will go to charity. The loss of his TV show hasn't set Beck back too far financially. Beck will reportedly be moving to a mansion in Dallas, Texas that rents for $20,000/month.

Starting September, 2012, the U.S. Food and Drug Administration (FDA) will require new, updated health warnings on cigarettes. The 25 year-old, plain-text Surgeon General warnings will be out, replaced with updated, straightforward messages like "WARNING: Tobacco smoke causes fatal lung disease in nonsmokers," "WARNING: Cigarettes are addictive" and "WARNING: Cigarettes cause fatal lung disease." The text will be much larger than the old Surgeon General's warnings, and will be accompanied by powerful pictures, like photos of corpses, diseased lungs and oral cancer. To choose the warnings, FDA reviewed relevant scientific literature, considered over 1,700 public comments and performed a survey of 18,000 citizens. The new warnings will be rotated to keep them fresh. They will cover the top 50 percent of the front and rear panels of cigarette packs, and in cigarette ads, the warnings must occupy at least 20 percent of the upper portion of each ad. The new warnings were authorized by the Family Smoking Prevention and Tobacco Control Act that President Obama signed in 2009.

A skin care company that claims to have a cure for acne, psoriasis, folliculitis and other disorders is contacting Virginia media outlets and offering to pay them $100 for each person who sees the company's press release and signs up to get treatment. The company asks editors to "consider running our press release as a win-win project." The only problem? Taking kickbacks violates the Society of Professional Journalists Code of Ethics, which dictates that journalists should "refuse gifts, favors, fees, free travel and special treatment ..." and "be wary of sources offering information for favors or money." One editor who noted the corrupting significance of the company's bird-dogging offer to media outlets forwarded the release to the Poynter Institute, a school whose mission is to "ensure that Americans have access to excellent journalism" and to help Americans understand how to tell which journalism is credible. The Institute posted a blog alerting the public to the press release.

On April 21, the 60 Plus Association, a front group that FireDogLake reported in 2009 is "almost fully funded by the pharmaceutical industry," started running 60-second radio ads in 30 Congressional districts thanking Republicans for voting for House Budget Chairman Rep. Paul Ryan's budget plan, which would phase out the current Medicare program completely for those under 55 years of age. 60 Plus president Jim Martin says it is "absolutely true" that Ryan's plan will phase out Medicare for those under 55, but at the same time says, "at least [Ryan is] trying to save Medicare for the future." The ads misleadingly state that Ryan's plan will "protect Medicare and keep it secure for future retirees." The group also misleadingly asserts that the GOP's budget proposal, which will turn Medicare into a voucher system, will make "no changes for seniors on Medicare now or those who will soon go on it." The ad campaign cost the 60-Plus Association $800,000. 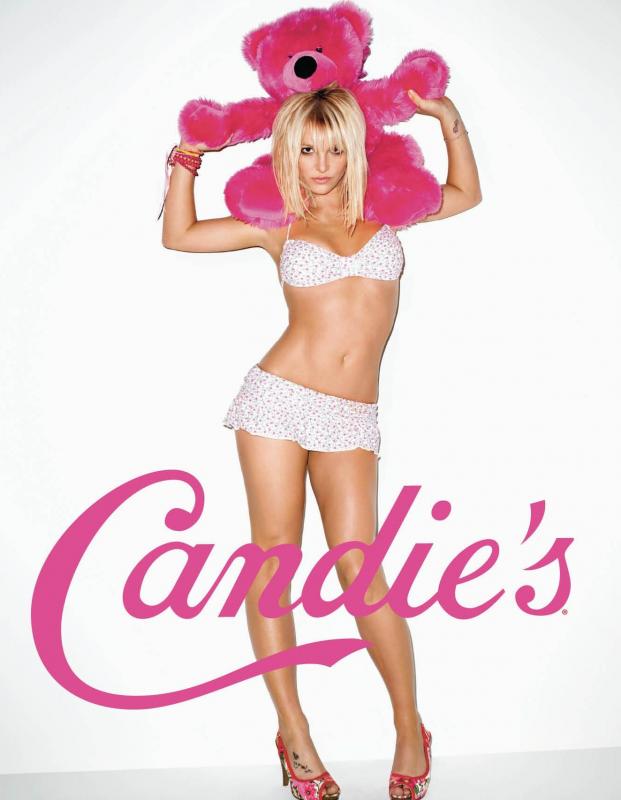 The Candies Foundation, whose mission is preventing teen pregnancy, hired America's most famous unwed teen mother, Bristol Palin, as its paid spokesperson. The Foundation paid Palin $332,000 for less than a month of work during 2009-2010 to promote the idea to teenage girls that having premarital sex is a bad idea. Palin appeared in video and print public service ads, attended two town hall meetings and conducted media interviews to help Candies "create awareness about teen pregnancy." In one print ad, Palin appears with her son Tripp on her lap, against a black background and looking dour with her face scrubbed of makeup (far from the glamorous appearance she assumed for her stint on Dancing with the Stars), alongside the quote, "I never thought I would be a statistic ... More than 750,000 teenage girls will become pregnant this year. Pause before you play." The Candies Foundation was started by Neil Cole, who also heads the Candie's brand of fashion clothing,  which targets teenage girls. Ads for Candies clothing typically feature young females and celebrities in attention-grabbing, overtly sexualized poses.

Fool junk mail recipients once, and then

keep fooling them over and over again. That's the hope of a Virginia-based direct mail marketing company that has developed a specialized machine that makes junk mail envelopes look like they have been hand-written. RST Marketing, a Virginia-based, direct-mail marketing company, custom-makes its "Real Pen" machines and markets the technology to cash-strapped nonprofits and others seeking to raise funds or sell products through the mail. The machines can use any kind of pen, can create a custom font from any person's actual handwriting, and can even use multiple handwriting styles on the same page. RST can crank out hundreds of thousands of fake hand-addressed envelopes per day. Its high-tech machines can even fake hand-write yellow sticky notes and affix them to marketing materials by machine. The machines make envelopes look like they've come from a real person who may actually know or care about you. RST Vice President Glen Thomas says, "With Real Pen, the machines run 24 hours a day, 7 days a week, and they never take a break and never take lunch." The fake "personal" touch helps lure unsuspecting mail recipients into opening junk mail more often. Testimonials on the company's web site say the open rate for fake handwritten junk mailers is about equal to the open rate for real handwritten mailers.

The NFL threatened Toyota to get the auto maker to modify a television commercial that highlighted the problem of the brain damage football players suffer from repeated concussions. In the original version of Toyota's ad which aired last November, a mother says she worries about her son playing football as viewers are shown two young players colliding head to head. The scene is enhanced with crashing sounds, as animated force lines ripple from the player's helmeted heads. The mother says Toyota's decision to share crash research with scientists who study football concussions makes her feel more comfortable about her son playing football. The ad bore no NFL trademarks or team names, but the NFL threatened to end the car maker's ability to advertise its products during games if it didn't modify the ad to downplay football as a cause of traumatic brain injury. Toyota capitulated, and in the new version of the ad, the helmet collision has been removed and the mother now worries about "my son playing sports," instead of "playing football."

Family Circle and Parents magazines regularly run youth smoking prevention (YSP) ads called "Real Parents, Real Answers" that are paid for by the Lorillard Tobacco Company. The ads drive readers to a website operated by Lorillard that contains no information about the health hazards of cigarette smoking, the addictive nature of nicotine or cigarette companies' role in promoting youth smoking through advertising and  marketing techniques. Instead, the site blames kids' smoking on parents, citing kids' rebelliousness and self-esteem as being at the core of the youth smoking problem. Research shows that tobacco company-run YSP campaigns are ineffective, and in 2006 a federal judge ruled that such campaigns are merely public relations stunts by tobacco companies to improve their image. Tobacco industry documents show that cigarette makers design YSP campaigns to impress political leaders and give the appearance that the industry is being "responsible," not to reduce youth smoking rates. The web site Change.org and a new group called the Start Noticing Coalition are working to pressure the Meredith Corporation, publisher of Parents and Family Circle, to acknowledge these facts and stop running the ads, but Meredith refused, saying the ads are "appropriate" for its magazines, so Change.org started an online petition to increase pressure on the publisher to stop accepting the ads.

Advertisers are using a new technique to trick DVR users and people who mute TV ads into watching their ads. The new ads, called "interstitial ads," "podbusters" or "DVR busters," are designed to look and feel just like the shows viewers are watching. They often feature the same actors, in character, and may use brief, insipid out-takes from the real show to lure unsuspecting viewers into watching them. Advertisers run podbusters late in the show, around the time that cliffhanger-endings are keeping viewers on the edge of their seats. Examples of DVR busters include Tina Fey starring in an ad for American Express during her show, 30 Rock, and commercials seen near the end AMC's Mad Men that feature actors from the show in an office environment and wearing 60's fashions, to make people think the show has started again. By the time people realize they are really watching an ad and not the show, the commercial is almost over.  Mike Rosen, an executive with a media agency, explains that ads that mimic shows viewers really like help transfer the positive feelings people have about those shows to the products being advertised on them.