A full-page ad in the New York Times "accuses ACORN of a list of abuses that suggest hypocrisy on some of the group's signature issues: intimidating and firing its own employees if they try to unionize, misappropriating millions of dollars from taxpayer-funded government grants and advocating minimum wage hides while paying its own employees less than minimum wage." While the ad "does not indicate who or what organization paid for it," it comes from one of lobbyist

A $13.2 million ad campaign thanks 28 members of Congress, 25 of whom are Democrats, "for supporting a children's health-care bill vetoed twice by President George W. Bush in 2007." The ads are by America's Agenda: Health Care for Kids, a new non-profit group whose sole funder is the Pharmaceutical Research and Manufacturers of America (PhRMA).

"The world's best-known oil companies are pouring on the charm as they get ready this week to parade another round of fat profits before a public that is feeling suddenly poorer. The spotlight will shine on Exxon on Thursday and Chevron on Friday. Such advertising makes sense after a summer with oil at nearly $150 a barrel and a fall likely to bring renewed scrutiny of their investments and tax breaks.

Get ready for an uptick in nasty "issue advocacy" advertisements in battleground states. The New York Times notes that wealthy right-wing activist Howard Rich recently mailed menacing letters to liberal contributors that read, "We are monitoring all reports of a wide variety of leftist organizations. ... 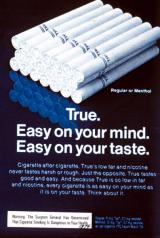 The U.S. Supreme Court opened its 2008-2009 session today by hearing a case about whether cigarette makers have defrauded smokers with implied claims about the relative safety of "light" and "low tar" cigarettes. At issue is the question of preemption, a legal doctrine that holds that federal laws can take precedence over some state laws. The tobacco companies are arguing that they should not be held responsible for labeling and advertising that was approved by the Federal Trade Commission (FTC). The FTC, which has long required that cigarette packs be labeled as to how much "tar" and nicotine they deliver, argues that the agency itself was fooled because tobacco companies hid internal research data that showed smokers did not benefit from switching to light or low tar cigarettes. In August 2006, U.S. District Court Judge Gladys Kessler, in the landmark U.S. Department of Justice case against the industry, ruled that cigarette makers purposely misled smokers into believing that light cigarettes were more safe than regular cigarettes, and now more than 30 class action lawsuits on the issue of the tobacco industry's "light" and "low tar" cigarette fraud are currently pending across the U.S. The Supreme Court's ruling in this case could either affirm or invalidate all of them.

"A new group financed by a Texas billionaire and organized by some of the same political operatives and donors behind the Swift Boat Veterans for Truth campaign against Sen. John F. Kerry in 2004 plans to begin running television ads attacking Barack Obama," report Matthew Mosk and Chris Cillizza.

"A hospital complains about a reporter and pulls ads from the paper. The paper reassigns him. The paper -- offered three chances -- declines to deny that one caused the other," summarizes the Columbia Journalism Review. CJR was following up on a Wall Street Journal article about Carilion Health System, which is Roanoke, Virginia's sole healthcare provider.

Pfizer's getting ready to resume advertising for its cholesterol drug Lipitor. In February, the drugmaker pulled its Lipitor ads, over charges they were misleading.

The Center for Union Facts, one of lobbyist Rick Berman's front groups, is railing against the

The UK Advertising Standards Authority ruled that a Shell ad that repeatedly referred to extraction from Canada's oilsands as "sustainable" was "misleading." The advertising regulator noted the "considerable social and environmental impacts" of oilsands development, adding that Shell has not explained how it will manage "carbon emissions from its oilsands projects in order to limit